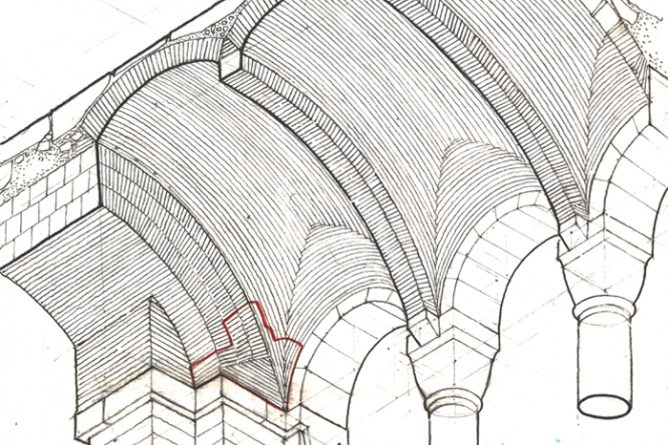 Dr Nikolaos Karydis has been invited by the Faculty of Classics of the University of Oxford to present his recent work on the sixth-century Basilica B at Philippi, in Macedonia, Greece. Considered to have started in the first half of the sixth century, this major building was probably never completed; i.e. as Paul Lemerle demonstrated in 1945, the collapse of the vaults during construction must have brought a premature end to the history of this building. Lemerle attributed this collapse to a defective structure; walls and supports failed to provide sufficient support for the vaults. However, Lemerle and other scholars remain silent as to the reasons why such an ambitious building programme was to be marred by such a structural deficiency. Karydis’ work seeks to fill this lacuna. Based on a new interpretation of overlooked construction details, it provides new evidence for a previously unknown building phase. Challenging Lemerle’s perception of Basilica B as a static architectural form, Karydis has revealed older constructional layers indicative of a more complex building history. This helps to interpret the difficulties and limitations that the architects of Basilica B encountered in their effort to construct one of the first domed basilicas in Early Byzantine Greece.

For further information about this event, please click here.

Dr Nikolaos Karydis has been invited to present his recent work on the building phases of the church of St. Mary at Ephesus at the international conference: Transforming Sacred Spaces: New Approaches to Byzantine Ecclesiastical Architecture from the Transitional Period. The conference is organised by the Byzantine Institute of the University of Munich, and will take place at the State Museum of Egyptian Art in Munich from the 13th to the 16th of May.