As part of the 50th Anniversary celebrations, the University of Kent has chosen a number of ‘Beacon’ projects with a legacy that will illuminate the path to the next 50 years. The intention of these projects is to leave a legacy that can be built on.

A celebration of the Beacon Projects took place on Friday, 4th September 2015 in the Marlowe Building. Kent School of Architecture (KSA) was proud to see Keith Bothwell and Professor Don Gray be presented with certificates for recognition of their work on the projects.

The celebration on Friday coincided nicely with the opening of the Tensegritree, a tree-like tensegrity sculpture, located between the Marlowe Building and the new extension to the Templeman Library, which will provide a canopy over a landscaped, outdoor teaching area on campus. First conceived by Professor Don Gray in early 2013 and finished on the day of the celebration, the Tensegritree will signify a permanent memorial celebrating the 50th Anniversary of the University of Kent, and the 10th Anniversary of the founding of Kent School of Architecture. 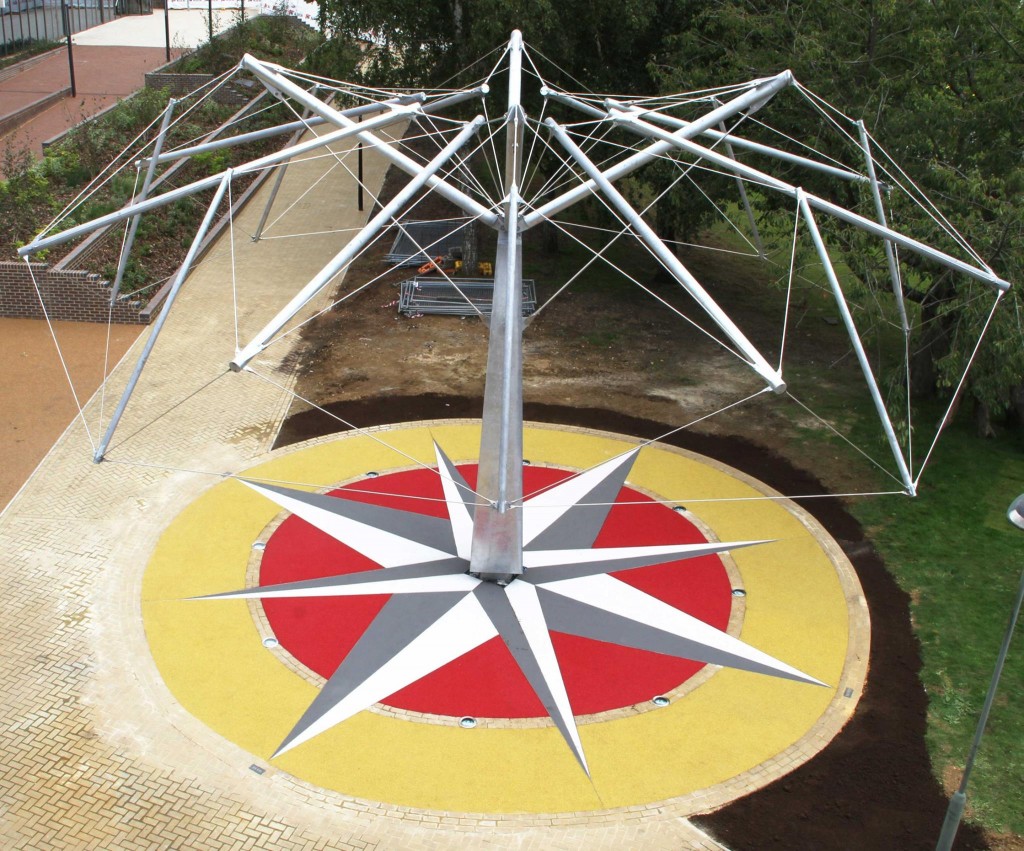 Keith Bothwell from KSA designed a new open-air theatre located on the University of Kent campus, within the existing hollow on the slopes adjacent to the Eliot foot and cycle path. The landscape at present forms a ‘natural’ amphitheatre and the proposal is to retain the existing contours and vegetation as much as is possible. Only modest earthworks will be required to reshape the existing landform to provide terraces and the access ramp. Although popularly known as the ‘bomb crater’ the hollow is shown on the earliest Ordnance Survey maps of the area, dating from the 1870s, and was probably originally excavated to extract sand or gravel.

The project is technically feasible and could be completed for an overall cost of approximately £1.3m, however, at present, no funding is available to enable the Crater Theatre to be constructed. The University’s Executive Group will consider the way ahead later this year. 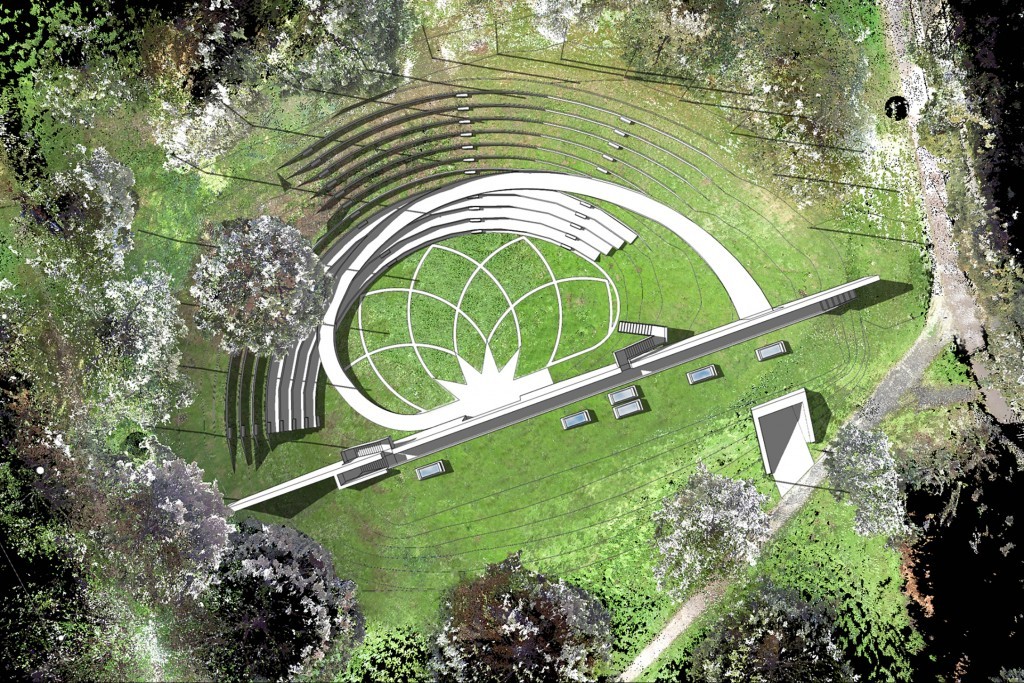 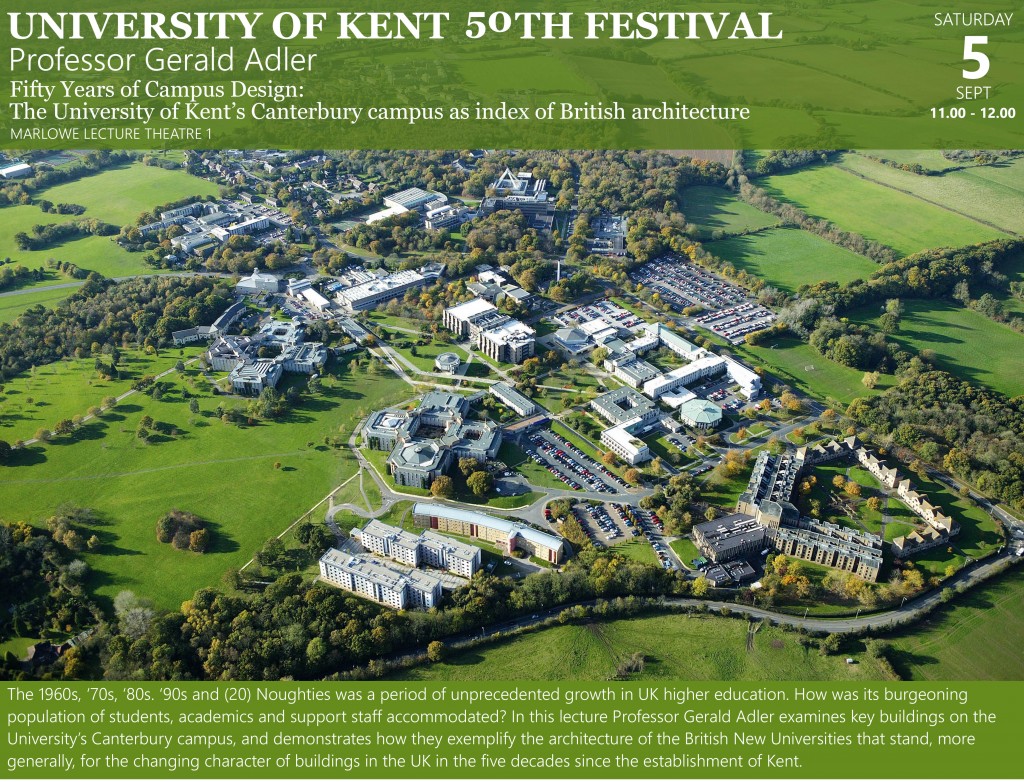 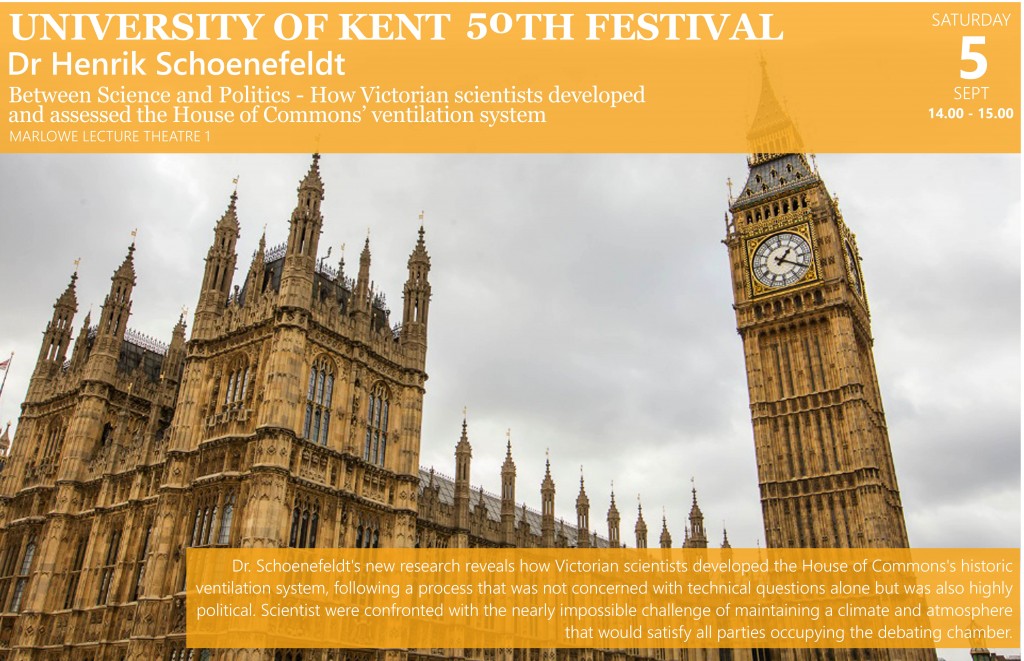 Even though I had been to Paris before on a trip with my brother, the one week I spent there trying to explore as much as I could was never going to be enough to experience the 145 year old city of lights I had learnt to admire from a distance all my life. Having the chance to go one more time gave me the opportunity to understand not only how Paris works as a city but also to appreciate her history in context with the rest of Europe and the world.

On the D-day, I rendezvoused with the rest of the group at Ashford and instantly realised why we were chosen for the scholarship; they seemed like the most charismatic individuals to accompany me on the trip.

I woke up after a brief sleep on the train heading to ‘Paris Gare du Nord’ (built between 1861 and 1864 and deemed the busiest station in Europe), to get a sneak peek at what the French country side looked like. I must say that I was quite disappointed to realise it was nothing different to what I was used to seeing in England. Early in the afternoon, we finally arrived at the student hostel situated very close to Luxembourg before being treated to a traditional French dish, ‘The Crêpe Suzette’. It was the first time I had ever had one, and I loved it. It was the perfect start to a series of amazing eating sessions that would last the duration of the time I was to spend in Paris. That was the best part of my stay.

We went through a rigorous study of French history based on the theme ‘REVOLUTION’. We started off with a French historic time line starting in 1701, through the ‘French revolution’, and ending at 1870 with the complete abolition of the monarchy. These lessons were the main focus of our daily 2 hour lectures, which were accompanied by a subsequent excursion in the afternoon to a building/place/street, relevant to the topic of the day; including Le louvre, and the Red Light Districts of Paris. 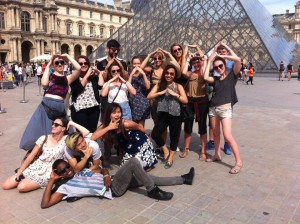 The most controversial was the ‘Musée de l’histoire de l’immigration’ where I felt the artefacts were terribly undermined and exhibited to suggest a lack of care and enthusiasm. In a nutshell, I went to Paris once again as a tourist, but I can say for a fact that I came back to England, firstly realising how small a great city like London was in comparison to its other economically strong counterparts around Europe and beyond was, but also with a deeper understanding of Paris and France (historically, architecturally and geographically). We also had the chance to explore Paris’ hidden gems for ourselves during the evenings and weekend – and man, did we explore!

I also mustn’t forget to mention the amazing tour guides we had; Frank Mikus, Ana de Medeiros and Dr Nikolaos Karydis. It was easily the best 2 weeks of my life in the last 10 years or so, and the best part was that it was all paid for by the scholarship. 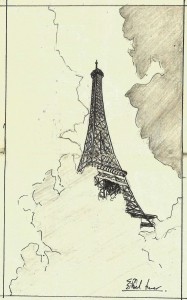 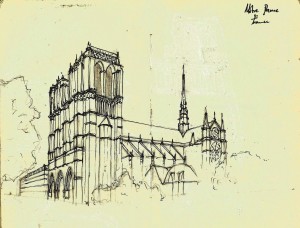