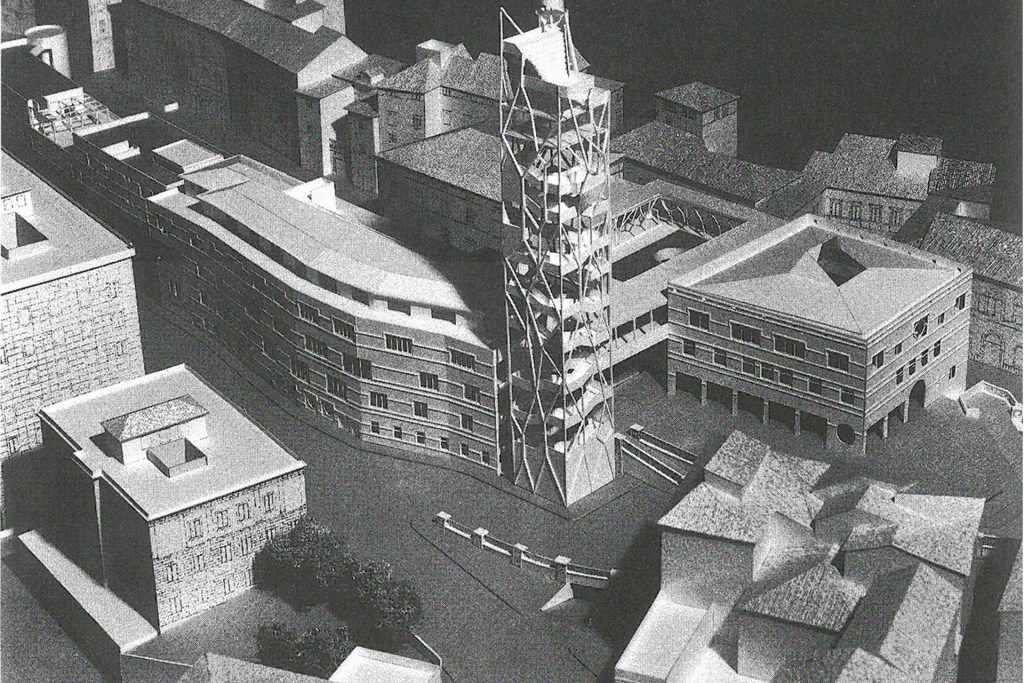 Architect and Assistant Professor at Università Politecnica delle Marche in Ancona, Antonello Alici, will be giving a lecture to MArch Unit 1 titled, ‘The spirit of the place. Learning from Giancarlo De Carlo’ on Tuesday 10th March 2020.

Giancarlo De Carlo (1919-2005) is a major figure in the architectural theory and practice of 20th Century for his capacity at dealing with the value of the historic city and townscape and for a dialogue with its inhabitants. Born in Genova in 1919, the son of a naval engineer, he sapent his childhood in different Italian port cities before moving to Tunis. His university education in Milan Polytechnic and in IUAV Venice provided the connection with the modernist avant-garde, namely with Giuseppe Pagano and Ernesto N. Rogers and at the same time with William Morris and the British culture. His main contribution – for which he was awarded the prestigious Royal Gold Medal of the Royal Institute of British Architects in 1993 – lies in his belief in architecture as a militant profession, free from ideologies and stereotypes, sustained by exemplary design experience in historical cities all over the world. The lesson of Giancarlo De Carlo will be presented through sketches and narratives of some key projects in historical cities as Urbino, Dublin, Siena and Ancon.

Antonello Alici, architect and architectural historian and critic, based in Rome and teaching in Ancona at Università Politecnica delle Marche, is currently working on the relations between Italian and British architects in the Post-war, and on the travels of Nordic architects to Italy. Since 2014 he is the Program director of the summer school ‘The Culture of the City. Understanding the Urban Landscape’ dealing with the regions affected by earthquakes.