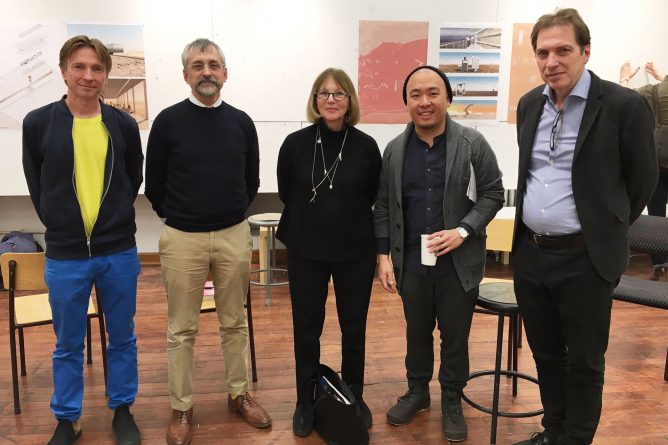 On 19 April, Dr Timothy Brittain-Catlin joined a review of work from the Azrieli Global Studio at the Peter Guo-hua Fu School of Architecture at McGill University in Montreal. The Studio, funded by the Azrieli Foundation, is a collaboration between McGill and Carleton Universities in Canada, and the Technion and Tel Aviv University in Israel, and brings together MArch students from both countries to explore extreme environments through intensive research and design projects.