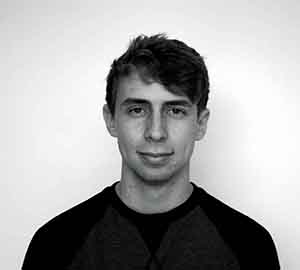 After finishing my final critique for the last project of my Bachelors at Kent School of Architecture in May 2013 I began to pull together my full portfolio of work. I spent about a month getting my work to a level I was happy with before I started to send out applications. This is usually very late to get this ready as many positions in the UK are already being filled earlier in the year, however I had my sights set further abroad in Japan. This worked out well for me since the educational scheduling in Japan differs from the UK meaning that my applications were well-timed.

Working abroad, particularly in Japan, was something that I had been preparing for in my last two years at University. I had always had a great interest in Japanese culture and decided that my Part 1 year out would be the perfect opportunity to both gain experience towards my career and explore this cultural interest of mine. At the start of my second year I began language classes at the University, which I then went on to continue right up until I finished my degree.

I sent out around 20 applications to practices in Japan and within one week had only received three replies. Two of these replies were in full Japanese, which meant that it took me a while to decipher these messages only to find out that they were not accepting interns. The final reply I received was from a small but fairly successful practice based in Hiroshima – Suppose Design Office. I was presented with a 6 month offer to work as an intern, with one catch – interns are not paid. I was extremely excited to receive the offer and they even reassured me that my very basic language capabilities were sufficient which was perfect. The money situation however was something which was a huge decision for me. I had saved money working in a restaurant during my degree but I knew that the costs of living in Japan with no income would take its toll on my savings. In the end, I decided that this was a rare opportunity that would hopefully pay off in the future and took the job.

I began my work in Japan on September 23rd 2013. On my first day I was briefed about the job and it wasn’t until then that I really grasped just how different their culture is. My working hours, which I had neglected to ask before, were 8.45am – 10pm Monday to Saturday. I could not believe this, however before long I realised that in Japanese working culture, the first person to leave the office is essentially deemed the worst worker so I actually ended up working from 8.45am to around 1am, even working Sunday’s every now and then. I resolved to push through it with the mind-set that if I could survive these hours for six months I could survive anything in the UK.

The language was a great struggle at first as it was much faster than I had ever experience in the classes back home, but I knew that I would pick it up as I went along, which I did. I had always been told by others that working in large practices meant you have very little design input and effectively become a CAD-monkey. Pushed by this, when it came down to applying for practices, I approached mainly small to medium sized companies. Suppose Design Office had around 25 staff, so a fairly small office. The claims about working in small practices providing more design input were not true. I was effectively a dogsbody for 6 months. I started off making lots of physical models and then when they found out that I could 3D model and render well, I became the modelling and visualisation minion. All the skills I had learnt in University were definitely put to good use and the hours spent in Japan developing these skills were absolutely not a waste. I had to really push to be involved in a wider range of the design process, such as conceptual work, development and construction-related tasks. In Japan they are not aware of the requirements of the PEDR forms so in a way it made sense that it was down to me to make sure I was covering the range of experience I needed.

In the end I was put on a team with one of the more experienced members of staff on a new project based in Tokyo. My software capabilities meant that I was able to model and develop the complex scheme which no-one else in the office could do. This was great for me and meant that I was forced into a position where I had design input and great amounts of responsibility. I followed this project right up until I left and it gave me a huge amount of experience. The project is now being constructed which I am updated on every now and then by my colleagues.

Approaching the end of my time in Japan, I decided that it would be wise to start looking for jobs before I left, so that I didn’t have much wasted time between working. Working crazy hours for such a long time had really made me proactive about work, so about a month before my last day at Suppose on 25th March I sent 15 applications to English practices. I received only two replies, both of which led to interviews for when I returned. This time I had applied for a range of practices, from large to small, however I targeted ones that were involved in public and cultural projects which I am particularly interested in. I arrived back in England on the 5th April and had my first interview at Make Architects on the 14th. I started work at Make the next day.

Having now been at Make for a month and a half I can see just how contrasting practices can be. My hours are much more regular, which seem a breeze in comparison, I’m being paid and I actually have much more design input and responsibility. My experience working abroad cannot be knocked however because it made me stand out from other applicants and also gave me some interesting things to talk about in my interview. Aside from the career benefits gained from my time in Japan, I had an incredible time in a fascinating and beautiful culture which I will remember forever. It has expanded my understanding of the vastness of the world, which I feel has pushed me as a designer and greatly prepared me for my future in architecture.

I am now looking to either start my Masters course this year, or stay working at Make Architects until September 2015 before going back to my studies.