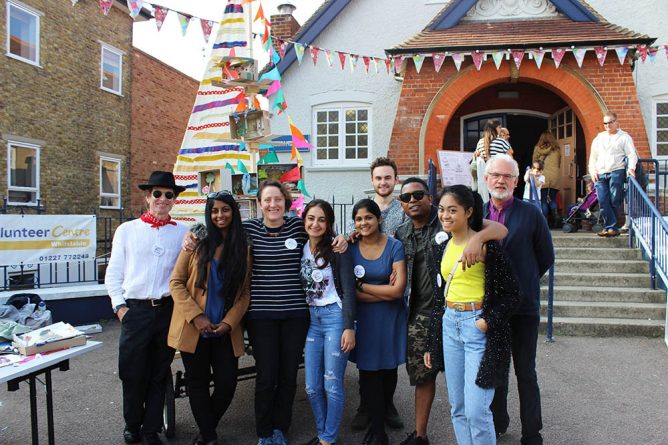 As part of the Student Success (EDI) Project, on Sunday 4th October in collaboration with the School of Music & Fine Art (SMFA), KSA participated in this year’s Whitstable Fun Palace. We opened up the opportunity to second years and third years in the school, of which a group of 7 came together to create an intervention using a tricycle, some wood, fabric and a lot of shoe boxes. It was a great community event in which children participated by making their own shoe box scenes; the idea was originally inspired by the artist Joseph Cornell. The students created a wooden structure on top of the tricycle on which to exhibit the shoe boxes at the event. The finished shoe boxes are now on display in the Whitstable gallery window on the high street. 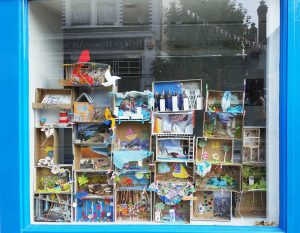