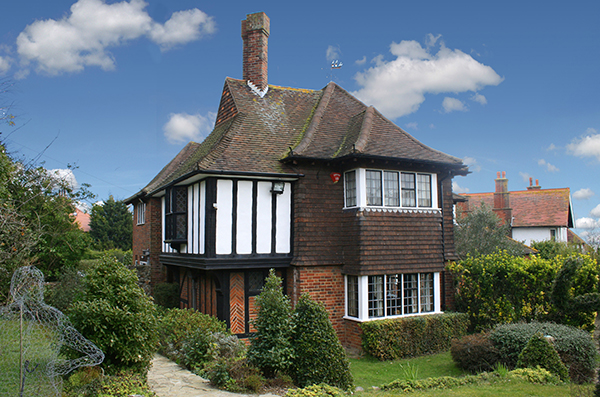 The latest number of the Journal of the Twentieth Century Society has just been published, and it contains an article by Timothy Brittain-Catlin on Thanet architect Edgar Ranger. Ranger launched his career as the designer of sophisticated, upmarket neo-Tudor houses with a series of homes in Broadstairs, the town where he lived for ten years from the mid-1920s.

‘Modern’ neo-Tudor houses such as Ranger’s are under appreciated and very few are protected by listing. One of Ranger’s finest, Edgecliff on the North Foreland Estate, which was published internationally, was demolished only recently by a developer who then failed to build on the site. Ranger was also the co-architect of Thanet Place, a large Italianate country house on the edge of Broadstairs built for the meat tycoon Lord Vestey.

This number of the Journal is devoted to the work of twentieth-century British architects who designed one-off private houses outside London. Further details are available here and the Journal is available through Amazon.