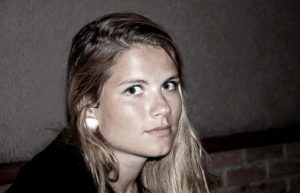 As soon as I was told the name of the architect who was going to be my mentor, I briefly researched the kind of designs his practice had worked on. I was pleased to find out the practice was located in Whitstable and most of its projects were residential housing ones. However, I also read on their website that they handled domestic, residential and commercial buildings and could design extensions, new constructions, conversions as well as undertake renovations. Therefore, I was excited to learn more about the variety of the work accomplished in this practice.

We were warmly welcomed at UCA where the first meeting between the mentors and the mentees took place. As soon as my mentor, the other student I was paired with and I introduced ourselves, the architect told us about his background and how he ended up in the pleasant position he currently holds. He then told us about the way his practice is run and the type of projects they take on. I was able to ask him numerous questions about what I could expect in the future as an Architecture student as well as in an Architect position. We ended the meeting by deciding upon a new date to get together again in less than two weeks’ time.

After meeting with the other mentee and a journey to Whitstable, we arrived at the architect’s practice. It is quite small as I expected it to be and to my disappointment, nearly empty. Indeed, my mentor was the only one there because his employees were not working in the office that morning. After a quick visit of the office, he invited us to go into the meeting room where we consulted various printed files explaining past and current works. We then talked about the most recent ones and he explained the different stages of a particular large project that had been in development for a few years and was still not finished. We then went to his office where he showed us a very impressive list of the countless projects he had worked on since the start of the practice. He also showed us computer renders of the work that his employees had made. Also he showed us various orthographic drawings which he had hand-drawn as well as some he produced on a computer. Again, we ended the meeting by deciding on a date after the Christmas break, to meet again.

Overall, the meeting was very interesting. I’m looking forward to seeing more of the architect’s work next time we meet and possibly even a visit to one of the practice’s projects.