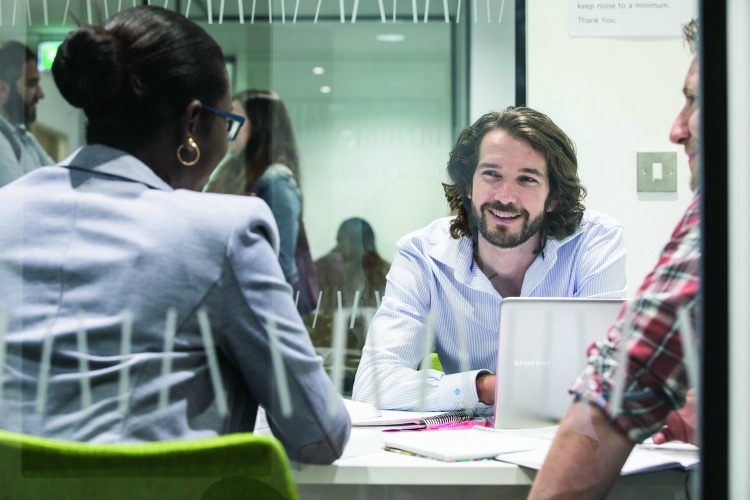 Kent Business School’s lecturer in Human Resource Management Dr Samantha Evans and Nicholas Clarke, Professor of Organisational Behaviour & HRM and Deputy Dean at Kent Business School explain why respect is as important as recognition and reward in the workplace.

“Many of us have no problem in agreeing how important it is to be respectful and perhaps would never think of ourselves as being disrespectful to others. Yet, a number of surveys recently show an increase in people reporting that they had been treated rudely at least once a week, experience a lack of respect from their managers, and escalating interpersonal conflict at work. Why are these things, seemingly, on the rise?

“One reason might be that workers feel increasingly stressed and overloaded. In a survey of 20,000 US employees in 2015 for example, half reported they had been rude or disrespectful because they were simply too busy. That same survey also showed that respect has a clear impact on engagement. Respondents who said their managers treated them with respect were 55% more engaged. Another explanation is that respect is a complex phenomenon with two different meanings. Firstly, respect based on our common  humanity. Secondly, respect that comes from recognition of our accomplishments and efforts . Both forms of respect are important and contribute independently to a healthy social identity, feelings of inclusion, and improved well-being.

“Building a workplace culture based on respect is important for employees to feel comfortable to be themselves and flourish. It is imperative that individuals behave respectfully to others, giving them room to thrive in an atmosphere of mutual support and consideration. A respectful culture prevents favouritism where every employee feels equal and ideas are valued. All staff should be encouraged  to show their knowledge and skills, this is powerful as it gives employees the chance to contribute and participate regardless of age, gender, race, religion, sexual orientation, or disability. In doing so, it creates a safe working environment, while also helping to eliminate harassment and bullying. With research showing a clear correlation between feeling respected and performing well, a respectful culture benefits all organisational stakeholders.

“We encourage everyone to celebrate Respect Day by spending some time thinking about how they can do more to show respect for others, appreciate the diversity of colleagues and take time to recognise everyone’s contribution at work because behaving respectfully to other people should be a minimum standard for everyone.”

Dr Samantha Evans is a senior lecturer in Human Resource Management at Kent Business School. She is also the Athena Swan lead for KBS, an organisation which serves as body of recognition for the advancement of gender equality in higher education, encompassing representation, progression and success for all, of which the University holds a Sliver Award. Samantha was recently published in We Are The City with her thoughts on the importance of Equal Pay Day. Read the article here.