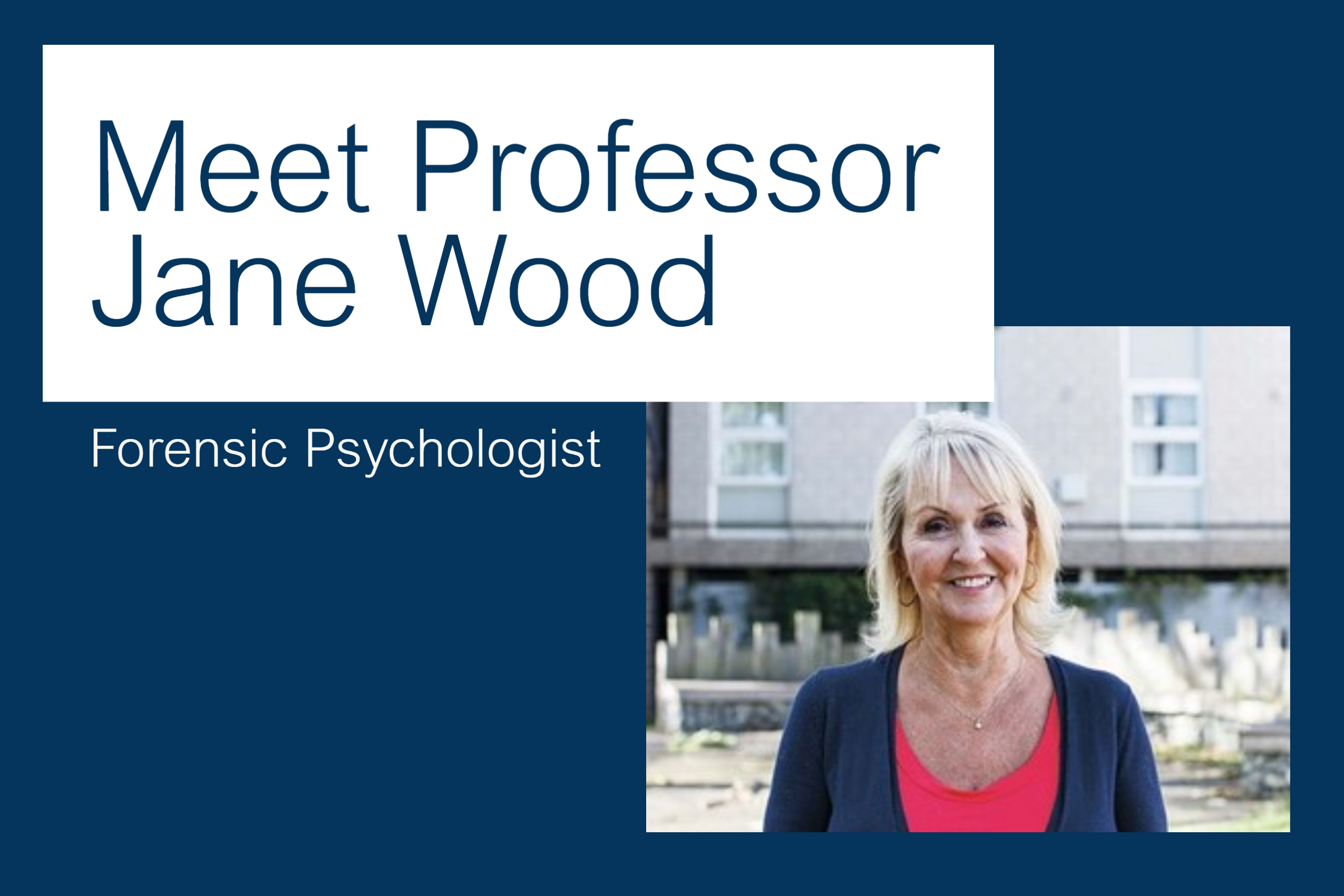 Professor Jane Wood has been a forensic psychologist for almost 20 years. In this time, her research has developed our understanding of prison and street gang activity, provided evidence to help agencies minimise offending/reoffending, and improve community rehabilitation locally, nationally and internationally.

Tell us about what you do and how you got to where you are now?

My interest in forensic psychology started when, as an MSc student at Kent, I was funded by the prison service to conduct the first study in the UK looking at the possibility that there were gangs in prisons. It really sparked my interest, so I applied for funding to do a PhD and was lucky enough to be given the alumni scholarship from the University to conduct further research on the topic. The findings of my PhD showed that 80% of prisoners interviewed agreed that they belonged to groups in prison and many admitted that their groups were involved in illegal activity in prison and in the community, via their criminal contacts.

What research have you done since completing your PhD?

I continued to examine gangs in the community as well as in prisons. I also conducted research examining rehabilitation strategies and support. For instance, Kent Probation Services were keen to understand why people (known as prolific and priority prisoners) would reoffend just a couple of months after leaving prison. So, they funded research in which we interviewed multi-agency staff and individuals undergoing rehabilitation about existing multi-agency approaches compared to an approach where multiple agencies worked together under the same roof and communicated very closely with each other. We found that staff and ex-offenders preferred the new approach to existing approaches as it improved on the existing lack of continuity of care and support between agencies. Our evaluation also evidenced that this new approach provided a lot more job satisfaction and engaged offenders more effectively in the programme than the existing approach.

How was this research funded?

In this instance it was jointly funded by the NHS, the police and Kent Probation Services. This has been quite usual for me. Although I’ve had funding from research councils such as the Economic and Social Research Council, most of my funding has come from innovation grants and is related to impact work, which is where my heart lies.

“I really enjoy working with agencies to try and improve situations for individuals who have offended as they come back into the community – or for young people who are vulnerable to gang or criminal involvement.”

You’re also known for your research in polygraph testing?

And your work has an impact on national policy?

In the past I’ve contributed to a round table discussion with the Secretary of State for Justice and the Minister of State for Prisons and Probation around rehabilitation and the prevention of gang activity and prisoner crime in prisons. I was also on the accreditation panel which evaluated Identity Matters, an intervention for group or gang affiliated adult offenders now used in prisons.

What are you working on currently?

More recently I’ve been co-leading a project looking at the diversion of young people who have been caught using drugs from the justice system into a ‘reset programme’. We are going to interview the young people and intervention providers involved to find out how the process of this programme is working for them.

Alongside this, I have been working on a book with two of my former PhD students focussing on the psychology of gangs, which we expect will be published later this year. Most gang research is criminological in nature but it’s emerged over time that a lot of young people who are involved in gang activity have mental health and emotional difficulties. So, this book is quite novel as it explores the implications of psychological factors in gang-related offending and suggests that we need to think about the mental health issues if we are to reduce involvement in gangs, rather than just demonizing gang members as the justice system and the media frequently seem to do.

What opportunities are there for organisations to work with you?

I am always open to new research opportunities relating to prison or street gang activity, rehabilitation, and polygraph testing, and I seek to work with criminal justice and mental health agencies as well as schools to help them to improve situations for young people and adults vulnerable to criminal activity and gang involvement. I would also encourage anyone who has a short-term project in mind to speak to me about whether it would make a suitable project for one of our MSc students who are always keen to work on applied forensic psychology projects.

Get in touch with our business and innovation gateway team at businessrealtionships@kent.ac.uk to start a conversation about how you can work with Jane or another of the University of Kent’s leading academic experts.