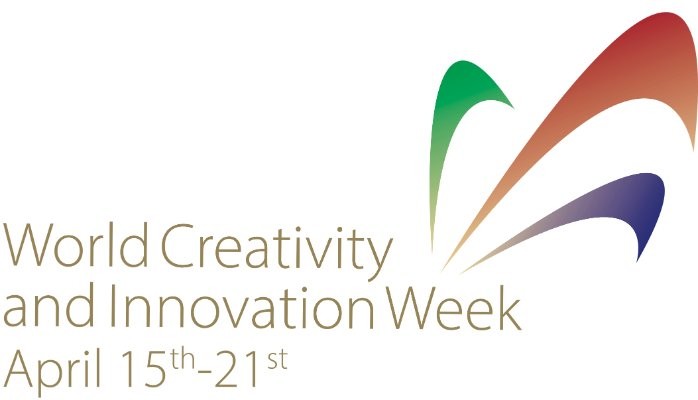 This week marks the anniversary of the birth of one of the world’s greatest innovative and creative genius Leonardo De Vinci.

Leonardo De Vinci was born on 15 April 1452 in the town of Vinci, Italy during the period known as the Renaissance. This period marked the transition from the Middle Ages to an age that represented a rebirth of intellectual, artistic and creative discovery.

Most people are aware of Leonardo De Vinci’s work as a painter, most famously the Mona Lisa, but what is not so well known is that Leonardo was a “polymath”, an accomplished designer, architect, mathematician, anatomist and engineer, designing numerous innovative and ingenious devices including a prototype glider, helicopter and completing a design for an automaton (Robot). [1] Many of his ideas would not be fully realised for several centuries, and some only in the last half of the 20th century with the birth of the computer age, including robots. [2](The term robot derives from the Czech word robota for “forced labour” or “serf”).  The modern definition of a robot is “a physical machine capable of carrying out a complex series of actions automatically or automatously”. [3]

The design notes for the robot appear in sketchbooks that were rediscovered in the 1950s. Leonardo is said to have displayed the machine at a celebration hosted by Ludovico Sforza at the court of Milan in 1495. The robot knight could stand, sit, raise its visor and independently manoeuver its arms, and had an anatomically correct jaw. The entire robotic system was operated by a series of pulleys and cables. Since the discovery of the sketchbook, the robot has been built faithfully based on Leonardo’s design and was found to be fully functional. [2] 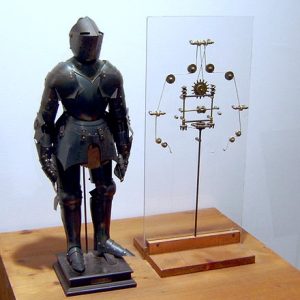 Leonardo’s vision of what could be was not constrained by the era in which he lived, although the technology of the time did hamper the realisation of his ideas. Many of his drawings and designs survived to the present day and give us a tantalising insight into the mind of a creative genius. It is interesting to note that the greatest innovation if often created by those who can see beyond the current horizon to a future of possibilities, those that have a vision of how things could be, unfettered by constraints or limitations.

We now live in a world facing a very uncertain future. The Coronavirus pandemic has disrupted many of the norms that make up the fabric of our lives, personal, economic and social. In these uncertain times it is worth remembering that in times of crisis, the greatest advances in human endeavours driven by imagination, creativity and innovation are often forged, influencing future generations and leading to the leaps forward in art, science and technology which often lead to positive changes in society as a whole. The old adage “Necessity is the mother of invention” is so often proved true. Innovation and creativity go hand in hand and form the basis of so much of human achievement, often coupled to art, sciences and technology, striving for innovation and creativity are very human characteristics.