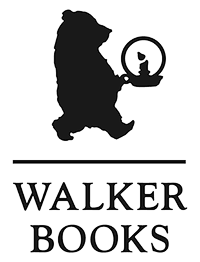 Over the Christmas break I was lucky enough to do editorial work experience at children’s publishing house Walker Books – you might have heard of We’re Going on a Bear Hunt or A Monster Calls which has recently been released in cinemas. Based in London, I also experienced living and commuting in the capital, and dealing with rush-hour. I rarely got a seat on the tube, and didn’t quite get the hang of wearing enough clothes to stay warm outside but not too many that I didn’t almost pass out on the underground. But anyway, I managed to get on and off at the right stops and walk at a sufficient bu
sy-Londoner pace. I even wore trainers on the day it snowed and changed into smart shoes when I arrived at the office. How very commuter.

Getting into book publishing is a goal for many English Literature and Creative Writing graduates like myself; reading, analysing, criticising and offering improvement for original fiction has been my life for the last four years. So, to (attempt to) do this professionally was a great test to see if I was actually any good at what I have been practising in seminars all this time, and if it is something I might like to take up full-time. I was mainly in the young adult fiction department but also got to spend time with the five-seven-year-old fiction editors.

During my placement, I was responsible for reading the scripts for new books sent over by agents. In the editorial meeting, I summarised these

stories and gave my opinion about whether they should be considered for publication, and offered ways the stories could be improved. The staff were keen to hear my ideas and I was surprised at the level of responsibility I was given. I got to proofread and copyedit books which would soon be published, and certainly felt the pressure of doing justice to a story and making sure there were no mistakes. As well as that, I wrote an advance information sheet for an upcoming book. These sheets are sent out to places like Waterstones and Amazon to inform them about a newly-published book. For this I drafted a blurb, offered ideas for the front cover, wrote position statements indicating the book’s genre and themes, and chose key quotes from the book to be printed on the cover. For every task I did, I was given extensive feedback, and the editor I specifically worked with was exceptional at making sure I understood everything and was keen to talk to me about any questions I had. 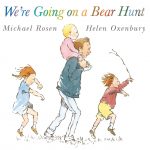 I’m sure that week would have been a mathematician’s worst nightmare, but for a literature geek like myself, I feel incredibly lucky to have had experience at such a high-brow book publishers. Although book publishing is notoriously difficult to get into, I now have a potential career goal and an idea about where I can use the skills I have learned while at university. I am also (slightly) less terrified about the prospect of moving to London. No doubt I need lots more experience before I get my foot-in-the-door of a publishing house, but at least spending time at Walker has given me confidence that I know what I want to do and, might actually one day, be able to do it.