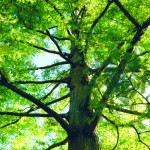 With spring upon us, an estimated 10 million people in the UK will be dreading the gusts of pollen it brings, and the sneezing, bloodshot eyes and sniffling that comes with it. Handily the pharmaceutical industry has made some glorious anti-histamine tablets that help to control your symptoms making life manageable again. But why do we have these allergies to non-harmful substances?

Many of you may not know that the human body is actually colonised by bacteria, which while controlled by our immune system, work to aid our everyday function. Take the bacteria in your gut for example which helps you digest food and break down bilirubin, or skin flora; skin flora are microbiota which reside on the external layer of skin (as indicated by the name- handy that!) and act to prevent the colonisation of our bodies by invading pathogens. They out-compete many pathogens that you may pick up throughout the day and prevent them from entering your body. However that antibacterial soap in your bathroom that you averagely use 4-5 times a day, is not selective as to which microbes it kills, and through this you are leaving your hands susceptible to invasion after washing.

You’re probably wondering why I’m grossing you out about the microbes that live on your body but it is important and linked to the increasing number of the population who suffer from non-pathogenic inflammatory responses. The main theory behind the cause of allergies is to do with the modern day ‘clean freak’ society, which is so antibacterial and sterilisation orientated. The lack of exposure to pathogens at a young age can result in the immune system being unable to differentiate between a harmful pathogen which will cause harm in the body, and a non-pathogenic substance such as dust or pollen. In theory the body will then react to foreign non-pathogenic particles, such as peanuts and pollen, as a real threat to the health of the body, even if it actually poses no threat. In these cases the immune inflammatory response and ensuing deployment of white blood cells is the danger, and this is specifically visible in severe peanut allergies and asthma.