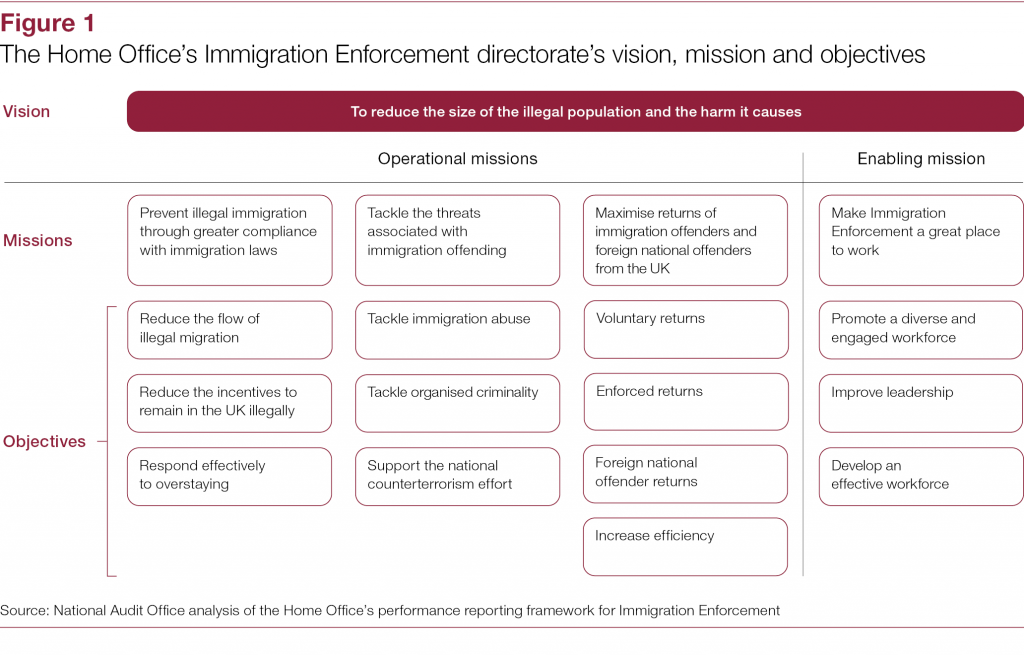 Particularly highlighted is the fact that the Home Office does not know how many ‘illegal’ migrants are present in the UK, and that numbers removed, deported and encouraged to make a voluntary departure have steadily fallen since their 2014 report on foreign national offenders.[1] But the real scandals this report reveals are these.

First, ‘illegal’ migrants are targeted for enforcement on the grounds of the ‘harm’ they cause. But not only is there no agreed, common definition of ‘harm’ within the Home Office – one official is reported as saying ‘we know it when we see it’.[2] Their view of ‘harm’ completely ignores the wider harm to society – the harm done to families and communities by immigration enforcement measures. The Windrush scandal revealed the harm done to individuals subject to enforcement, and the more general harm caused by the hostile environment measures described in this report as ‘reducing incentives’.[3] No assessment of the harm caused to society by the extortionate fees and restrictive requirements making it hard for legal migrants to remain legal, and almost impossible for those here unlawfully who wish to regularise; no assessment of the costs to society of enforced family separation, or of the effect on children who remain unlawfully because their parents can only afford one visa renewal fee.[4]

Secondly, the report’s listing of targets for enforcement reveals ignorant, illogical and stereotypical reasoning. ‘Failed asylum-seekers’ are lumped together, ignoring the issues of poor decision-making, lack of legal representation, unwillingness to return to countries still in violent upheaval, difficulties of documentation and barriers to leave to remain on family life grounds. ‘Female nationals of Nigeria are trafficked into the UK for sexual exploitation’, yet their fate is to be placed in the ‘migration refusal pool’, a bureaucratic category of those destined for removal. ‘Bangladeshis …are a potential source of immigration offences of sham marriage’ – a category of refusal riddled with the ‘culture of disbelief’. ‘Individuals from Afghanistan, Eritrea and Syria’ are highlighted as ‘using false documents to obtain residence in the UK’ while their real problem is meeting disbelief on claiming asylum, from three of the most disrupted, war-torn and illiberal countries on Earth.

The third scandal is not the fact that immigration enforcement is just as inefficient, error-ridden, managerially directionless and uncoordinated as it was four years ago when the National Audit Office last looked, or that it still has not instituted meaningful ways of evaluating whether its enforcement measures are effective. It is that the cost of these operations, including the wasted money on the 62% of unsuccessful removals, are paid for by migrants. Our coronavirus care home heroes and many other brave and desperate essential workers, forced to pay extortionate visa fees to remain here legally, are paying, out of their minimum wages, unsupported by any recourse to benefits, charges amounting to up to 800% profit over administrative costs – fees which have risen 500% over 10 years. ‘The system depends on charging applicants high fees and shifting problems elsewhere in government.’ [5]

Sheona York is just completing a book on the politics of UK immigration control, including a detailed analysis of 40 years of Home Office incompetence and lack of legal conscientiousness in the design, administration and enforcement of immigration control.