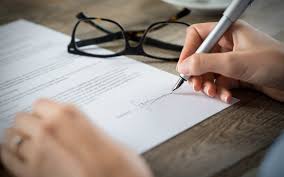 The Clinic helped a young person, in a successful claim seeking financial provision from his deceased father’s estate

The young person’s father sadly died after a short illness but had not made a Will. Our client’s parents had separated when he was a young child. It was our client’s mother who contacted the Law Clinic on his behalf. Students worked with Clinic Solicitor, Vivien Gambling, on this claim, brought under the Inheritance (Provisions for Family and Dependants) Act 1975.

The most challenging aspect of this case was to advise our client on what award the court was likely to make, had we not reached a settlement, given the complex family structure, our client’s health condition and the “competing” claims of two other family members, an adult ‘child’ and the Deceased’s widow.

Following an all-day mediation meeting (which took place on video), we reached a provisional favourable settlement, which would only be binding if approved by the court. Krista Kaminska, a student on the Clinical Option, prepared the draft submission to the court asking for the court’s approval. Fortunately, the court approved the settlement at a telephone hearing.