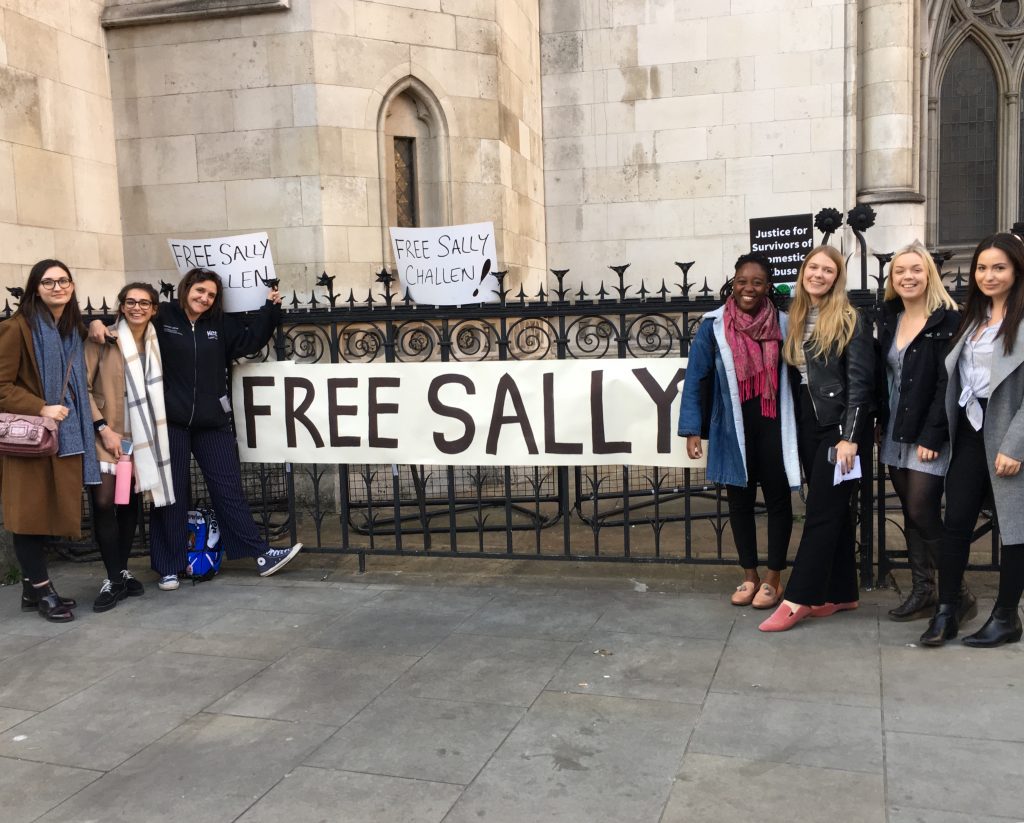 Yesterday afternoon Sally Challen’s conviction for the murder of her husband was quashed and a retrial ordered.

Sally killed her husband Richard in 2010 after a 40 year relationship having met him at the age of 15. In 2011 she was convicted of his murder. At trial the defence argued the partial defence of diminished responsibility (DR), which reduces liability for murder to manslaughter. The rationale is that those who kills as a result of mental illness ought to be treated more leniently as they are less responsible for their actions(s. 2 Homicide Act 1957 as amended by s.52 Coroners and Justice Act 2009).

For a defence of DR to succeed it must be shown that it was more likely than not that, at the time of the killing, the defendant was suffering from a recognised medical condition which substantially impaired their ability to understand their conduct and to form a rational judgment or exercise self-control. It must also be shown that this set of circumstances provides an explanation for the killing.

Since 2011 Sally and her family have fought to have the case reviewed in the context of her as a victim of sustained controlling and coercive behaviour throughout the 40 year relationship. This context, it was argued, when taken in conjunction with other witness evidence was sufficient to argue that Sally was suffering from undiagnosed mental illness at the time she killed Richard.

The case comes at a crucial time. It is now forty years since the public conscience had to accept DV existed sue to movements such as the Women’s Refuge. It is twenty-five years since case of R v Ahluwalia acknowledged the impact of DV on survivors in terms of criminal liability. R-V-Challen is about convicted women let down by the criminal justice system and reminds us of those who don’t survive. Coercive control has been recognised since 2015 as a criminal form of domestic abuse. The way it affects survivors is yet to be properly understood especially within the criminal justice system.

Let us be clear, Sally Challen does not proclaim her innocence. There is a common misconception that the defences to murder which reduce criminal liability for a killing to manslaughter, amount to absolute defences. They do not. One way or another, Sally will always stand convicted of Richard’s killing. The question is one of understanding the nature of the crime, the causes of the crime and the correct mental state at the time of the killing. On appeal the only question is whether or not a conviction is ‘safe’. If at the original trial the jury had had the evidence of the impact of 35 to 40 years of control and coercion would this have made a difference to the case narratives presented by both the Crown and the Defence?

This case is important in many respects not least the substantive criminal law of murder and the availability of the partial defences. There is rightly a debate over the extension of the definitions of abuse as creating justification for criminal acts. There will always be controversy surrounding expert testimony, its admissibility and the weight juries give it. There are yet more questions, not least, about the ability of the police, prosecutors, defence lawyers, judges and juries to grasp the importance of properly exploring a case where there is a context of domestic abuse.

A further issue arises when we consider whether the police and prosecution have a predetermined and limited understanding of survivors of domestic abuse and their needs. Respecting the wishes of victims in how the state prosecutes cases is controversial. A compelling feature of this appeal is that both Sally’s sons, both victims of her crime, see the appeal as being as much about justice for their father as their mother. It is, for them, crucially important to have a full understanding of the circumstances. They are adamant that when the context of coercive control as domestic violence was applied to the case, the pieces of the jigsaw fell into place for them. Finally the family had a voice, a way to explain to themselves, to each other, to the system and to the public how something like this could have happened. Movingly, it is a united voice as Sally and her family are also supported by members of Richard’s family.

I am a solicitor specialising in criminal justice and criminal defence. Our work at the Kent Law Clinic is focused on giving members of the public, who can’t afford legal advice, access to justice and on enhancing the legal education of our students. I, and six students attended the RCJ to hear the first day of the appeal. We attended to lend support to the pro bono organisations who have assisted Sally and her family and many others at crucial times in their fights for access to justice. Campaigning lawyers are the unsung heroes and guardians of our legal rights and remedies. For the students to see what these people achieve, to see where the arguments are made, the judgments are formed and to have the black and white words of Courted judgements lifted out and away from the textbook was very special.

“We left the Royal Courts of Justice feeling inspired and encouraged after observing a ground-breaking case. We got to experience the culmination of a long campaign, courageously and eloquently lead by Sally’s son David. Achieving justice for survivors of domestic violence becomes possible when public support is far reaching and present. Laws are ever changing, evolving with society and adapting as necessary. Sally’s case has illustrated for us as students how possible and tangible such changes are.”