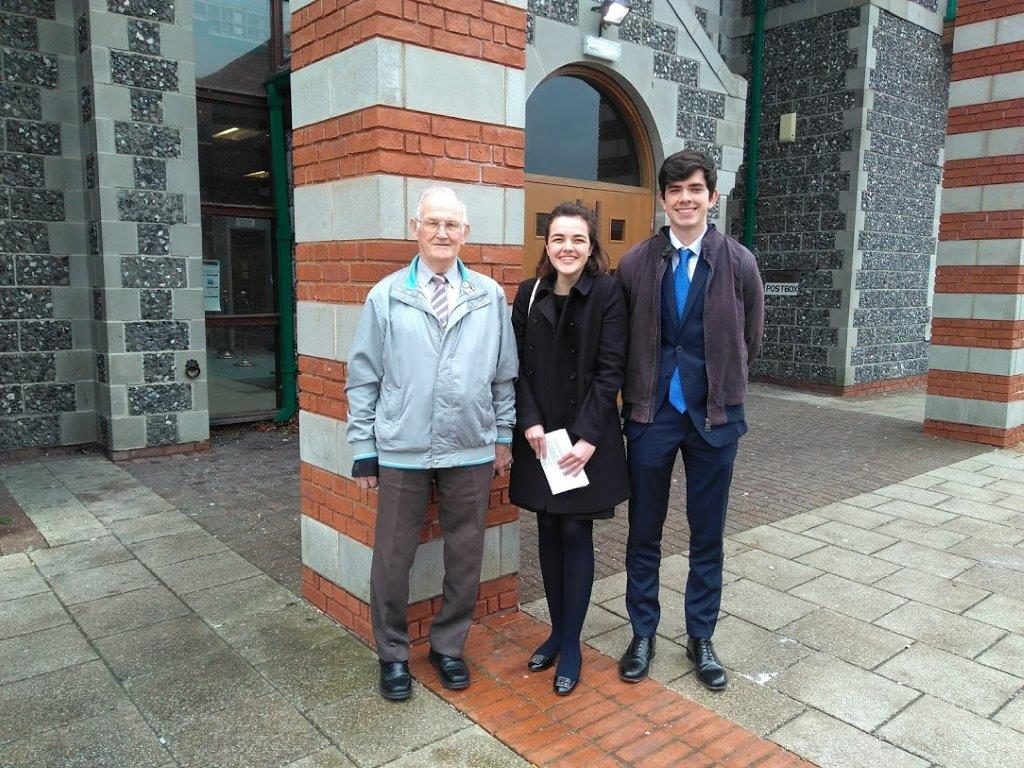 The mobile home company subsequently retained the mobile home but failed to refund Mr Jarvis, ignoring his letters and telephone calls for months. Kent Law Clinic Solicitor Vivien Gambling said: ‘It appeared that the mobile home park took advantage of Mr Jarvis, and did not expect that he would seek legal advice and hold them to account by suing them.’

When Kent Law Clinic took up the case for breach of contract and/or unjust enrichment, their letters to the company also received no response. Vivien, working with law students Mehin Abdullayeva, Constantin McGill and Oliver Pope, then helped Mr Jarvis to bring a claim in the County Court.

Representatives of the mobile home park attended Canterbury Crown Court on Monday 18 February to defend the case, despite having filed no defence nor any evidence.

Vivien said: ‘Managers from the mobile home park faced robust questioning from the Judge who described their position as “shambolic”. He adjourned the case until the afternoon, and encouraged the parties to have discussions to see if, even at this late stage, a settlement could be reached. The risk for our client was that if no settlement was reached, the Judge might have adjourned the case and directed the defendant to file evidence, and the client would have had to wait potentially several more months to achieve an outcome. But negotiations at court resulted in an agreement to pay Mr Jarvis £15,000 within seven days. The Judge issued a court order incorporating the agreed terms of settlement.’

Mr Jarvis was delighted to receive the agreed compensation the following day. He said that the money would enable him to pay off his loan, retire from his part-time cleaning job and devote more time to playing in the St John’s Ambulance band and looking after his wife.

In an email to Vivien, Mr Jarvis said: ‘I would like to thank you and your team at the Law Clinic for all your hard work in getting a positive ending to my case. This has lifted a great weight off my shoulders…. May I say also thank you for all your support and friendship showing to me.’

Mehin and Constantin, who are pictured outside the court with Mr Jarvis, said the experience helped show them how the law operates in practice. Mehin said: ‘It was also an absolute privilege to be of some help to Vivien and the Kent Law Clinic in their mission to make justice accessible to people like Mr Jarvis.’ Constantin said: ‘Being able to provide research and attend court for this case has been an incredibly valuable experience that has enhanced my understanding of civil litigation.’

Oliver, who was unable to attend the court hearing, also enjoyed the experience: ‘It gave me an idea of the tasks that solicitors face. I learned how to improve my research skills and enjoyed applying my knowledge from studying law in order to help in the real world, and was very pleased to hear the result that Mr Jarvis was able to gain £15,000 to pay back his loan.’