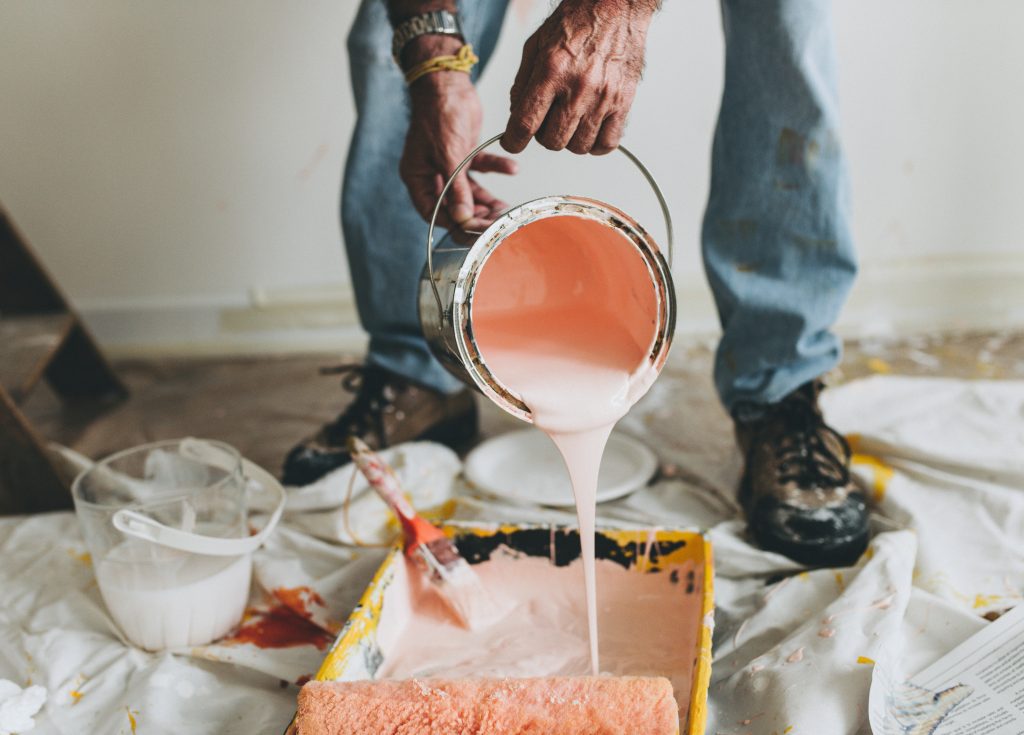 A landlord who sued the guarantor of a tenant for more than £3,000 was awarded just £110 damages (plus £275 court fees) after legal representation at court by Kent Law Clinic.

A claim was made against 72-year-old Mr G following a dispute over the redecoration of a studio flat rented by his son. The landlord, who owns a large portfolio of properties in Kent, had served notice on Mr G’s son to end the tenancy because she wanted to sell the building in which the flat was located. But once the flat was vacated, the landlord complained that Mr G’s son had painted it with bright colours.

As a guarantor for his son’s tenancy agreement, Mr G was potentially liable for a breach in the terms of the tenancy and agreed to repaint the flat in magnolia. However, the landlord alleged that the painting was not done to a professional standard. The landlord’s husband then sent Mr G a blunt “letter before action” claiming £2,900 in damages (or £2500 to settle the claim). Mr G declined to pay so the landlord issued a court claim for £3,005 – a substantial sum for Mr G who can no longer work due to illness and disability. The landlord’s claim included a court fee, a claim for loss of rent and a claim for 135 hours of labour costs to repaint the flat.

Mr G, who was represented at court by Kent Law Clinic solicitor Vivien Gambling, argued that he had redecorated the flat to a reasonable standard, apart from a damp area which he said was due to the landlord’s failure to repair faulty gutters and brickwork. He also argued that there was no basis for the landlord’s claim for loss of rent as the landlord’s intention was to sell the building.

Vivien cross-examined the landlord, her husband and their managing agent. The judge also heard evidence from Mr G and his partner. In delivering his judgment, the Judge described the landlord’s claim for four months loss of rent as “surprising”; he found that the landlord had no intention to re-let the studio flat and, therefore, that there was no basis to claim loss of rent.

On the issue of Mr G’s redecoration, the Judge found that the there was “a certain lack of finesse” but he could not understand why the landlord had not given Mr G the opportunity to put right any imperfections.

Far from the 135 hours work claimed by the landlord for redecoration, the Judge said no more than one day’s work was required to put right any defects in the redecoration. Accordingly, he awarded the landlord damages of £110 and court fees of £275 (less than 4% of the total amount originally claimed).

A law student who helped Vivien prepare the case (and who was able to attend the court hearing), said: ‘The experience was at both exciting and eye opening. When I first arrived, I was quite anxious as to whether I know how to behave correctly in a situation that I had never faced before.

‘When I understood that the notes I was taking (when witnesses gave evidence) might actually be used for the benefit of the client, I felt like I was actually working as part of the team to get the best possible outcome for the clients.’

Mr G said he was grateful for the Law Clinic’s assistance, which had helped alleviate the stress of the experience. And Vivien was grateful for the help provided by law students at various stages of the case.  She said: ‘it is fascinating, as an experienced solicitor, to hear the students’ observations about all aspects of the legal process. The students saw the importance of the contract law that they have studied, and how to use the law for the benefit of our clients. They also appreciated how daunting it can be for clients to attend court, all the more so if they do not have legal representation.’