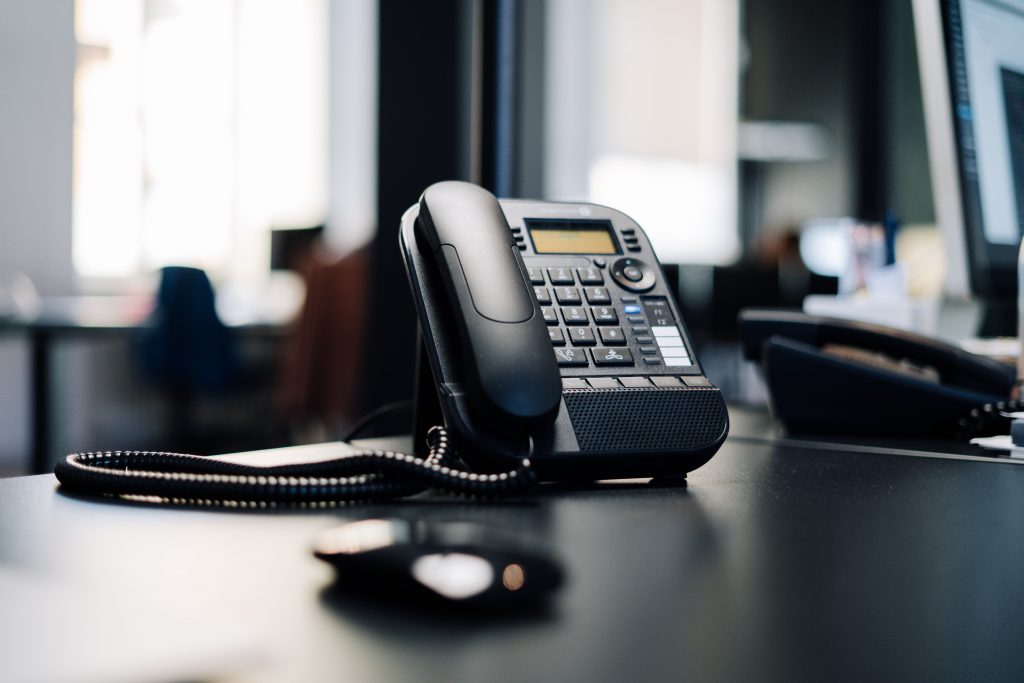 One of the many dilemmas the court service has had to grapple with due to COVID-19 is the impossibility of holding the usual volume of ‘physical presence’ hearings safely, in court buildings not designed with COVID-19 safety precautions in mind.

Since lockdown first began, advice and guidance issued by the Ministry of Justice has meant that the Kent Law Clinic team has had to deal with more than a dozen hearings by telephone. These were hearings originally scheduled for the County Court, Family Court, Employment Tribunal or Social Security Tribunal. Only one (Family Court) hearing has been held as a ‘physical presence’ hearing. Many others have been adjourned.

Recently, I’ve represented clients at two separate appeals in the Social Security Tribunal; the Tribunal was to determine whether each client is entitled to Personal Independence Payment (PIP). PIP is a financial benefit paid by the state to help someone to cope with long term ill health or disability. To qualify for the benefit an individual has to show that they meet the threshold, applying a points-based detailed assessment of the impact of their disability on their ordinary daily living activities.

After tackling these two recent PIP appeals for clients by way of lengthy telephone conference calls, I found myself replaying them in my mind, trying to put my finger on why I found them troubling. Is justice dispensed through the medium of the telephone a poor substitute for the conventional physical court room with human bodies present?

Although I have some experience of telephone hearings, I admit that the prospect of my first telephone PIP appeal hearing, for a client of the Law Clinic (whom I will call “Mrs C”), was daunting; I did not know quite what to expect.

In the earlier stages of the case I was assisted by third year law student, Laura Laurinkeviciute, who led our two meetings with Mrs C and her son and who helped frame the grounds for the appeal.

As usual, my preparation included becoming familiar with the latest reported Upper Tribunal decisions (which essentially establish the meaning in law of complex PIP regulations) and sending the Tribunal documents (including statements and a written submission) in advance that set out why we considered Mrs C should be awarded PIP. However, on the day of the hearing more mundane practical steps were just as important; ensuring my mobile phone was fully charged; transforming the dining table (my current substitute office-space) into the semblance of a serious space (removing any table mats, coffee mugs or distracting detritus); firmly shutting the windows to block out the sounds of the neighbour’s dog.

The telephone appeal hearing lasted an epic two-and-a-half-hours, including a 20-minute break in the middle. I was beamed into the hearing from home, as was my client Mrs C, from her home.

The “Tribunal” in this context consists of three people, a Chairperson who is Tribunal Judge, a doctor and a third panel member with some expertise in relation to disability. The first disconcerting thing was that I had to insist that my client’s son, who was a witness and who wished to be to participate in the hearing, was “joined” to the telephone hearing. If I hadn’t insisted, he would not have been able to participate, yet I had specifically told the Tribunal in advance that he wished to do so.

There were now the three panel members, my client Mrs C, her son and myself. So now the hearing could proceed.

PIP appeals can involve forensic-style questions of a very personal nature, about a client’s abilities and limitations when undertaking activities including washing, dressing, managing toilet needs, preparing a simple meal, engaging with other people.

Somehow the disembodied questions from the Panel and my client’s answers, (not always conveying what I think she meant to say, perhaps not always fully understanding the purpose of the question) were dispiriting. The Panel tended to ‘jump about’ in their questions; sometimes they were asking my client about her condition now, sometimes they wanted her to say what things were like at the relevant time 16 months ago, and they frequently switched between the two, but not in such a way that I could say the questions were unfair.

After being questioned for an hour, Mrs C seemed to be losing concentration. I was on the point of interjecting to say this, when the Judge asked Mrs C if she needed a break and she said yes. However, the Tribunal had another case due. The Judge asked my view about whether to adjourn our case part-heard, which could mean waiting months for another hearing (having waited a year already), or to continue. Normally I would be allowed to consult a client in private before responding. I said I was placed in a difficult position as I would wish to speak to my client in private, as it was for her to decide, with the benefit of advice; though my view was to adjourn the hearing, as Mrs C, who suffers from a medical condition causing fatigue, seemed tired. However, Mrs C said she wanted to continue. Naturally she wanted the thing to be over. The Judge decided to take a short break, so that the Panel could consider whether they should carry on or adjourn; the Panel also needed to consider whether to postpone their next case which was waiting in the wings. Despite my misgivings, after discussion my client chose to proceed, following a 20-minute break.

I confess I found it difficult to maintain concentration for another hour or so! It seems that Mrs C and her son did too. When it came to my opportunity to ask Mrs C a few questions for clarification, to sum up and make final oral submissions, obviously I did my best. My client was pleased that she had continued and finished the hearing that day and, all things considered, perhaps it had been best to do so.

I felt sorry for the other unknown person waiting whose case was “bounced” ie adjourned to another day. Most clients will feel stressed and may suffer physical symptoms of stress in the days leading up to a Tribunal hearing, and to have to repeat this experience is not pleasant.

As an advocate who very much cares about the outcome of the case, I’m unlikely to be completely objective in my assessment of a telephone hearing. I felt this hearing was a dismal experience. Although we were not told the outcome that day (the Panel would need to have a discussion before reaching a decision), Mrs C felt the Panel had made up their mind before the hearing not to grant her appeal. She also felt she had been treated like a child at some point during the questioning by the Panel. Though even after receiving the decision rejecting her appeal, Mrs C expressed her real gratitude and appreciation to the Law Clinic, with praise for student Laura Laurinkeviciute, for our help and support through this process. Laura said: ‘I have had an incredible time being involved in the Law Clinic and I have learned so much from working on this case. Having met with our client, I felt an even greater push to help her fight for what is right – I hope there will be a rightful outcome.’ We have requested full reasons for the decision and will consider bringing a further appeal.

There are a multitude of issues to consider on the subject of telephone (and video) hearings, which we will be discussing in the Law Clinic – in meetings, in this blog, and more widely. Remote hearings have been the subject of some research studies, also much discussion, with strong proponents and strong opposition among judges and advocates, though so far there has been more speculation and comment than sound research.

Concern about the effects on the quality of justice of a sudden large-scale move to telephone hearings due to Covid-19 led to a “Rapid Review” by the Civil Justice Council in May 2020. However this Review was extremely limited in its scope. Disappointingly, although tribunals were within its remit, the Review obtained no evidence regarding benefit tribunal hearings.

The various issues I’ve drawn from my recent experience include:

For the advocate, being unable to see the Judge(s) is a big disadvantage (for sighted people). The absence of visual cues makes it harder to gauge whether the Judge is listening, whether he or she is understanding the evidence and arguments, whether and how to interrupt without appearing rude or causing undue annoyance; equally if not more important, not being in the same room as your client and being unable to communicate in private during the hearing is problematic. This  requires adjusting techniques, including, I suggest, a greater degree of assertiveness and readiness to interject than might be required in a face to face hearing.

Somehow a telephone hearing demands even greater powers of concentration! Many judges and advocates who responded to the Civil Justice Council’s consultation (in its Rapid Review of the impact of Covid-19) said that lengthy hearings were considerably more tiring; all the more so for people like Mrs C, who has a medical condition causing chronic pain and fatigue, and who is not familiar with courts and legal process.

As regards other arguably more important issues, assessing evidence and client experience in remote hearings, there is a great deal more to research and debate. How important is it for a judge to be in the same room to be able to reliably assess a person’s credibility? Is a telephone conference call an acceptable medium to make decisions which could deprive a person of the financial means to cope with the impact of their disability?

Specific research studies have already highlighted concerns about the ability of people who are unfamiliar with the legal process to participate effectively in telephone and video hearings.

All this points to the need to lobby strongly against a wholesale move to telephone hearings and ‘online justice’ until much more extensive research encompassing different types of hearings and involving different participants has been conducted and properly evaluated.

As mentioned I represented another client in a telephone hearing of his PIP appeal. Fortunately this second telephone appeal hearing was a much more positive experience! You will be able to read about it on this blog soon….