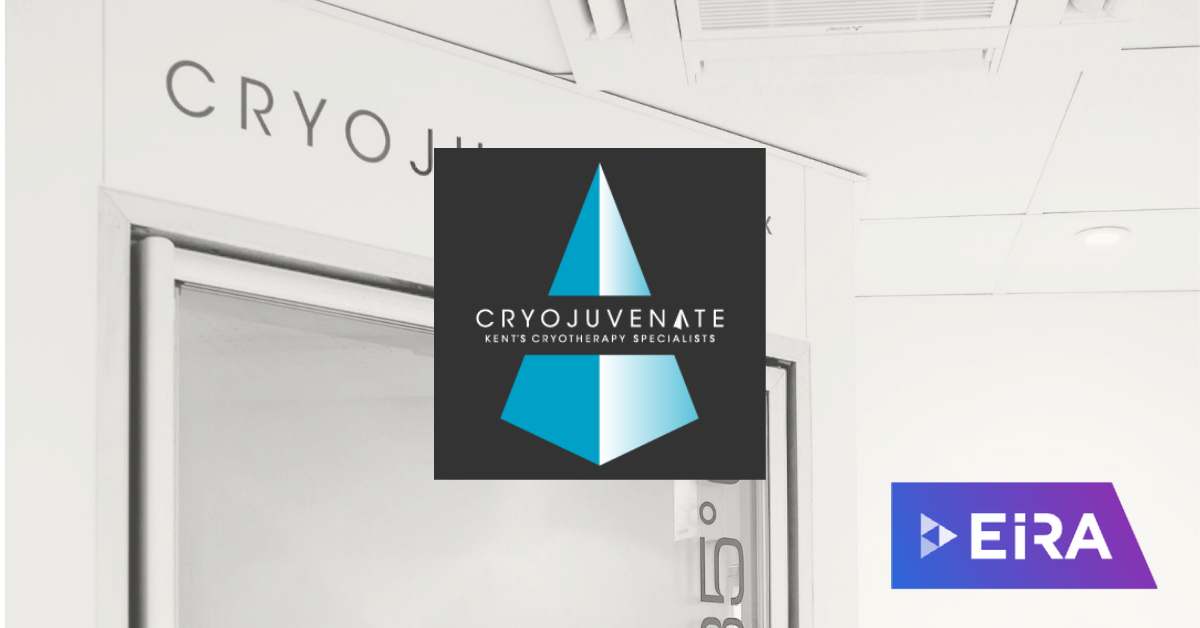 Cryojuvenate is a multi-award-winning clinic based in Sevenoaks which offers restorative and therapeutic Cryotherapy treatments including a whole-body cryotherapy chamber, alternative cold therapies and IV Infusions. Together with Dr Glen Davison, Reader and Head of the School of Sport and Exercise Sciences at Kent, they designed a study to investigate the effect of whole body cryotherapy on the alleviation of perimenopausal symptoms.

The perimenopause begins several years before the menopause and lasts on average for around 4 years. During this time, 8 in 10 women will experience symptoms which can have a significant negative impact on daily life.

Whilst there is reasonable evidence in scientific and medical literature that cryotherapy –or cold therapy- has beneficial effects on a number of health and medical conditions, there is nothing specifically related to perimenopausal symptoms. With cryotherapy still in its infancy in the UK and women anecdotally noticing an alleviation of perimenopausal symptoms following whole body cryotherapy, the founder and owner of Cryojuvenate, Ruth Hyde, wanted to determine if cryotherapy had any physiological effects which could make it beneficial as a method to improve quality of life for women.

Cryojuvenate worked closely with Dr Glen Davison, Reader and Head of the School of Sport and Exercise Sciences at Kent, to design a study to investigate the effect of whole body cryotherapy on the alleviation of perimenopausal symptoms.

They recruited 9 women between 40 and 65 years of age, in good health, clinically defined as perimenopausal and currently experiencing one or more episodes of moderate-to-severe hot flushes per day.

They then exposed these volunteers to specifically controlled air temperatures at the Kent Cryojuvenate clinic. Participants took part in six sessions of whole body cryotherapy (3-5 min at -85°C) in a one-week period. They were asked to record menopausal symptoms, hot flushes and sleep quality one week prior treatment, during the treatment and one week post treatment.

Researchers from the School of Sport and Exercise Science (SSES) periodically collected and analysed saliva from the participants during the study. The School has expertise in assessing physiological and stress responses, as well as various biomarkers, predominantly during exercise and recovery, and in this instance were able to use the saliva samples to determine concentration changes of a marker of the autonomic nervous system (alpha amylase) and a marker for measuring stress responses (cortisol). “[We have received] very positive feedback from participants during and after taking part. Some have continued to use Cryotherapy. As a business, we have learned a lot about the scientific process and what is needed to undertake work like this.”

Overall, the subjects reported a 40-50% improvement in their sleep quality and a 50% decrease in the hot flushes interference scale. In addition, the stress marker cortisol decreased by approximately 50% after the cryotherapy sessions.  The study also showed that the hypothalamic-pituitary axis (HPA) is activated during cryotherapy, which could be the pathway involved in the improvement in symptoms.

The next stages for this project will be to compare these findings with placebo. Dr Glen Davison is looking to publish these initial results and Cryojuvenate would like to continue research into this area and is actively looking for further funding opportunities.

“Cryotherapy is still an under studied alternative therapy. Glen Davison has shown a great interest in this area of study and helped to secure the funding.”