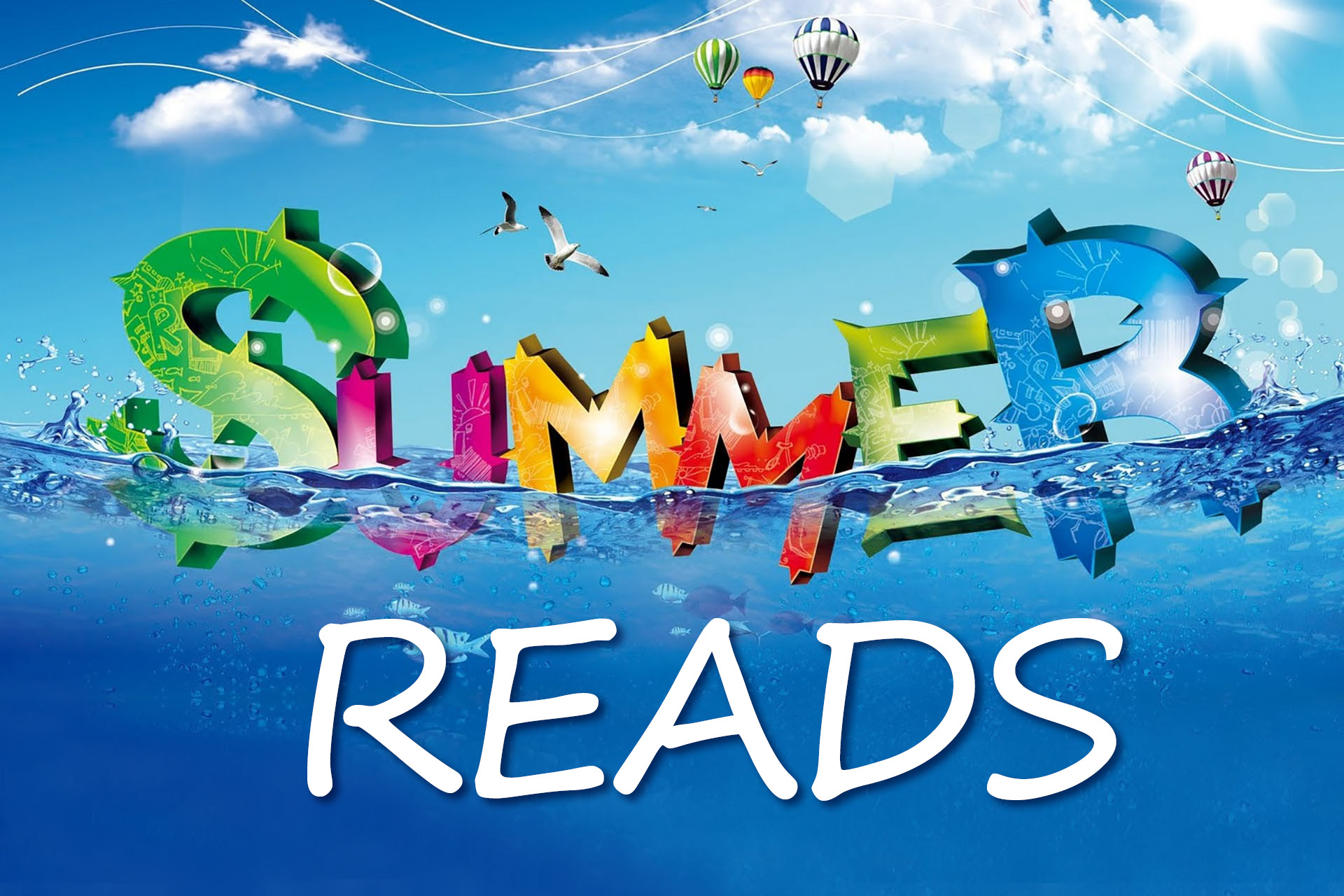 Whether you are able to get away this summer or enjoying a staycation, library staff have shared some books they have enjoyed recently.

You can check out the recommendations virtually on our summer reads reading list and via the physical displays at both the Templeman and Drill Hall libraries.

“This book really touched me on a personal when I read it in my late teens. It’s a coming-of-age novel about 17-year-old Sam whose father died in Vietnam and who lives with and supports her veteran uncle. It’s about living with the scars of the past and the tensions between simplified black and white thinking and recognising tensions and complexities. It’s written in the 1980’s but the underlying messages are as relevant today as they were then. There are clear parallels between how the Vietnam war and its fallout is being processed in the book and how we are revaluating our past in Britain in the now.”

“On the surface Sabrina is a murder mystery in a graphic novel, the definition of a page turner. But beyond the initial mystery, Sabrina is a story of grief and loss in the age of fake news and conspiracy theories. One day Sabrina leaves her house and disappears without a trace leaving behind her boyfriend Teddy and her sister Sandra. Over the next few months we see those closest to Sabrina left to deal with the aftermath of her murder, while online voyeurs and complete strangers obsess over every detail of her disappearance and murder, spouting wild conspiracy theories about a woman they didn’t ever know. The format of the graphic novel captures the personal hell of those close to Sabrina as they move through grief while the world watches their every move. The empty silent comic panels with no speech bubbles feel heavy and claustrophobic in contrast to the chaos of the ever-evolving right wing conspiracy theories. I know it’s a cliché, but I couldn’t put this book down! I found myself looking for clues on every page, and although the hysteria of the fake news and conspiracy theories in the book feel ridiculous and offensive, there were times when I’d quickly turn back the page, questioning what I’d just seen, before feeling uncomfortable as I realised I was just as guilty as the voyeurs in the story, pulling focus away from Sabrina’s tragic disappearance.”

The long way to a small angry planet by Becky Chambers

“I struggle with reading sci-fi, I really have to be in the right mood and even then it takes me around 100 pages to get completely comfortable with the unfamiliar settings and futuristic world building. However a friend recommended The long way to a small angry planet as a sci-fi book for people who don’t like reading sci-fi and I’m so glad they did because this book has been my catalyst into coming out of my comfort zone and reading titles I otherwise wouldn’t have given a second look. The long way to a small angry planet is the first book in Becky Chambers’ Wayfarer series, but don’t worry, it’s also a perfect stand-alone title. It’s a space opera, essentially an episode of the tv show Firefly come to life with a ragtag gang of misfits who welcome newcomer Rosemary onboard the Wayfarer ship on their adventures through space. Maybe the reason I can’t read a lot of sci-fi is because of how heavy it can be; so many interplanetary wars, violence, and brutal dystopian futures. Luckily The long way to a small angry planet is FUN! There is warmth, humour, queer characters, and themes of chosen family: my dream wish list!”

The man who died twice by Richard Osman

I would recommend the follow up to my recommendation to last year’s reading list of The Thursday Murder Club by Richard Osman, The Man Who Died Twice. The same line up of characters and following their further exploits. One of those books that I started and read avidly every evening for 4/5 evenings until finished.

I know everyone is probably very tired of Covid but I would like to suggest two post-apocalyptic novels which deal with a deadly pandemic (and both have been written well before Covid): Emily St. John Mandel’s Station Eleven (2015) and Ling Ma’s Severance (2018). Both books are very good at imagining a global pandemic (from a North American perspective) where most of the world’s population have succumbed to a deadly disease. In Severance a fungus reduces people to passive zombies, the so-called ‘fevered’, in Station Eleven it’s a virus and the symptoms are more ordinary. While Severance looks at the time immediately before and after the catastrophe, Station Eleven focuses more on imagining what the world would look like 20 years after the breakdown of civilization. There are traces of Margaret Atwood’s The Handmaid’s Tale in both novels, the way the emergence of religious cults and the erosion of women’s reproductive rights (again very timely in the light of overturning Roe vs Wade) in these post-apocalyptic worlds are portrayed. And there is some sly criticism of consumerism and work ethics. But both writers also offer hope for humanity: there is solidarity, the chance for new beginnings and a revival for nature.

Some of the titles are available electronically and will be linked to LibrarySearch for you to access. Titles that we hold only in print will be available to borrow from the libraries, or why not check out your own local public library who often have a great range of fiction ebook titles available for you to borrow for free via the Libby app from overdrive

View all the books via our staff summer reads reading list

The full selection of recommended reads will be on display in the Templeman Library cafe and Drill Hall Library (image below), with staff blurbs for why they have chosen them and for you to borrow and enjoy! There are a great range of new titles available to listen to on BBC Sounds, here are a few we have been enjoying recently

We hope you enjoy the selection, and let us know in the comments what you will be reading this summer.