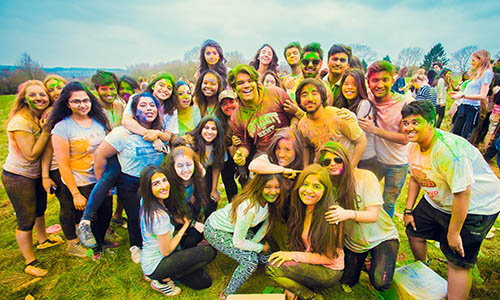 The University of Kent enjoyed celebrating the Hindu Festival of Colours once again this year during Worldfest. The UKC Hindu Society hosted Holi on Wednesday 23rd March at the Canterbury Campus. A couple hundred attendees took part in the celebrations, all eager to get their hands on the colour. The festival was accompanied by celebratory Bollywood music, and students, staff and members of the local community enjoyed the festive atmosphere.

“Holi is the Festival of Colours, which is celebrated as a harvest festival and marks the start of spring, a season of hope and new beginnings. The celebration of colours signifies unity – an opportunity to forget all differences and indulge in unadulterated fun. It is the one occasion when sprinkling coloured powder (‘gulal’) or coloured water on each other breaks all barriers of discrimination so that everyone is the same, regardless of distinction of cast, creed, colour, race, status or sex. UKC Hindu Society committee would like to thank those that helped set up and all those that took part as it shows truly how diverse our University is”.

This event was sponsored by International Development and Kent Union. 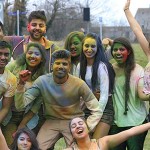 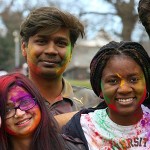 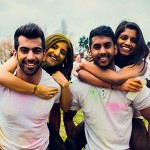 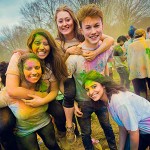