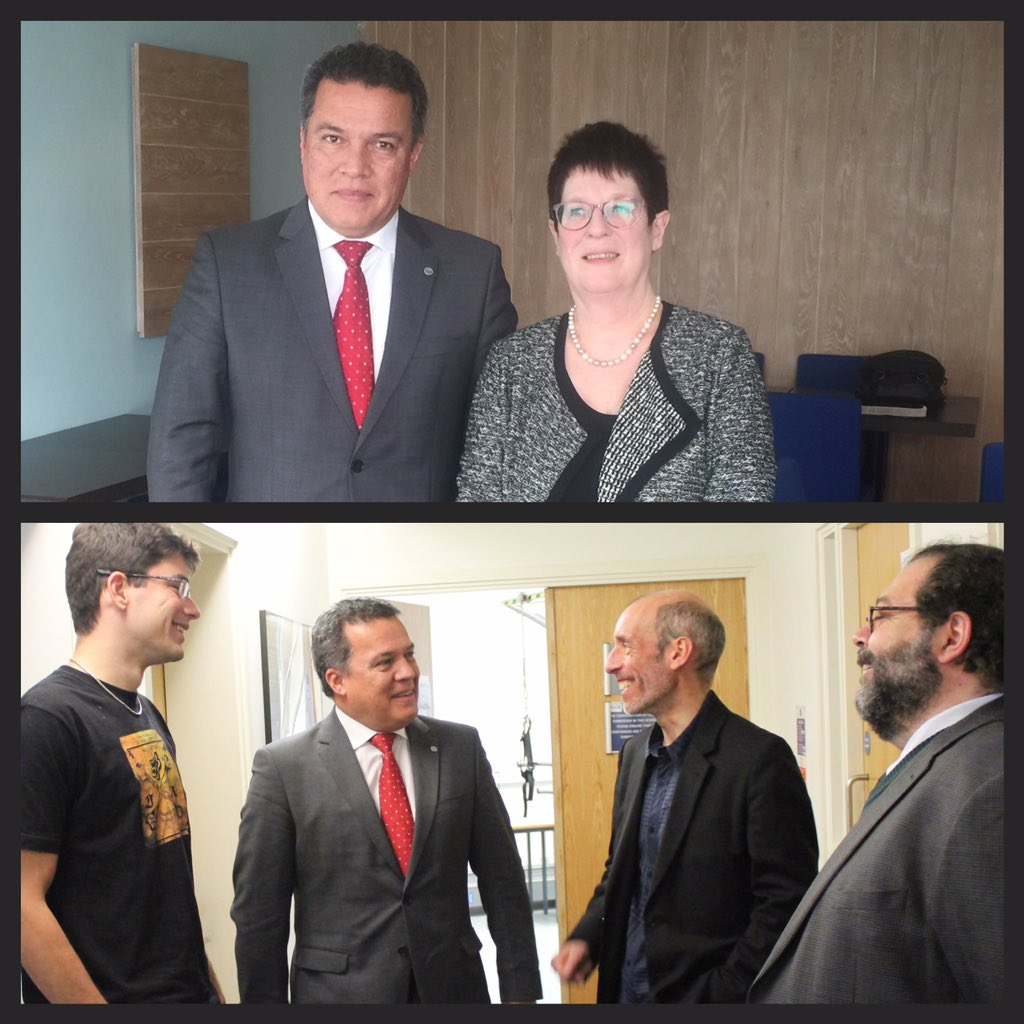 The University of Kent was delighted to welcome Professor Jaime Arturo Ramirez, Rector of Universidade Federal de Minas Gerais (UFMG) during his recent visit to the UK.

During his visit to Kent, Professor Ramirez met with the Vice-Chancellor, Prof. Dame Julia Goodfellow along with Dean for Internationalisation, Dr. Anthony Manning and Hannah McNorton, Interim Director of International Partnerships to discuss extending existing collaboration formalised through an Academic Cooperation Agreement signed in November 2015.

The Academic Cooperation Agreement was signed to formalise close links formed between Kent Law School and UFMG’s School of Law, one of Brazil’s most eminent law schools. The agreement promotes research collaboration and student and staff mobility. Five undergraduate law students from Kent have already benefitted from the partnership through participation in an inaugural five-week Winter School in August 2015. With the success of the existing collaboration, both institutions are keen to develop further links. A number of Kent Schools are looking to explore the opportunities to enhance their international reach and activity.

Following lunch at the Canterbury campus, Professor Ramirez visited the Medway campus, specifically the School of Sport and Exercise Science (SSES) where he met with Prof Louis Passfield, Head of School who gave a tour of the facilities and discussed possible research collaboration areas.  UFMG will be the base training camp for the UK Olympic and Paralympic teams later in 2016. In this context, the British Consulate in Belo Horizonte, the capital of the Minas Gerais state, facilitated a tele-meeting between Kent, UFMG, the Minas Tenis Clube (the elite sports club who will host the Olympic teams), and the State Government of Minas Gerais in early February 2016. Discussion focused on opportunities for scientific and technical exchange.

Following the visit, Professor Louis Passfield, Head of SSES, said ‘we were delighted to welcome Professor Ramirez, Rector of UFMG and his colleague Professor Campomori, to the School of Sport and Exercise Sciences. Our world class research depends upon being able to establish international collaborations and so we very much look forward to welcoming further colleagues from UFMG in order to achieve this’.