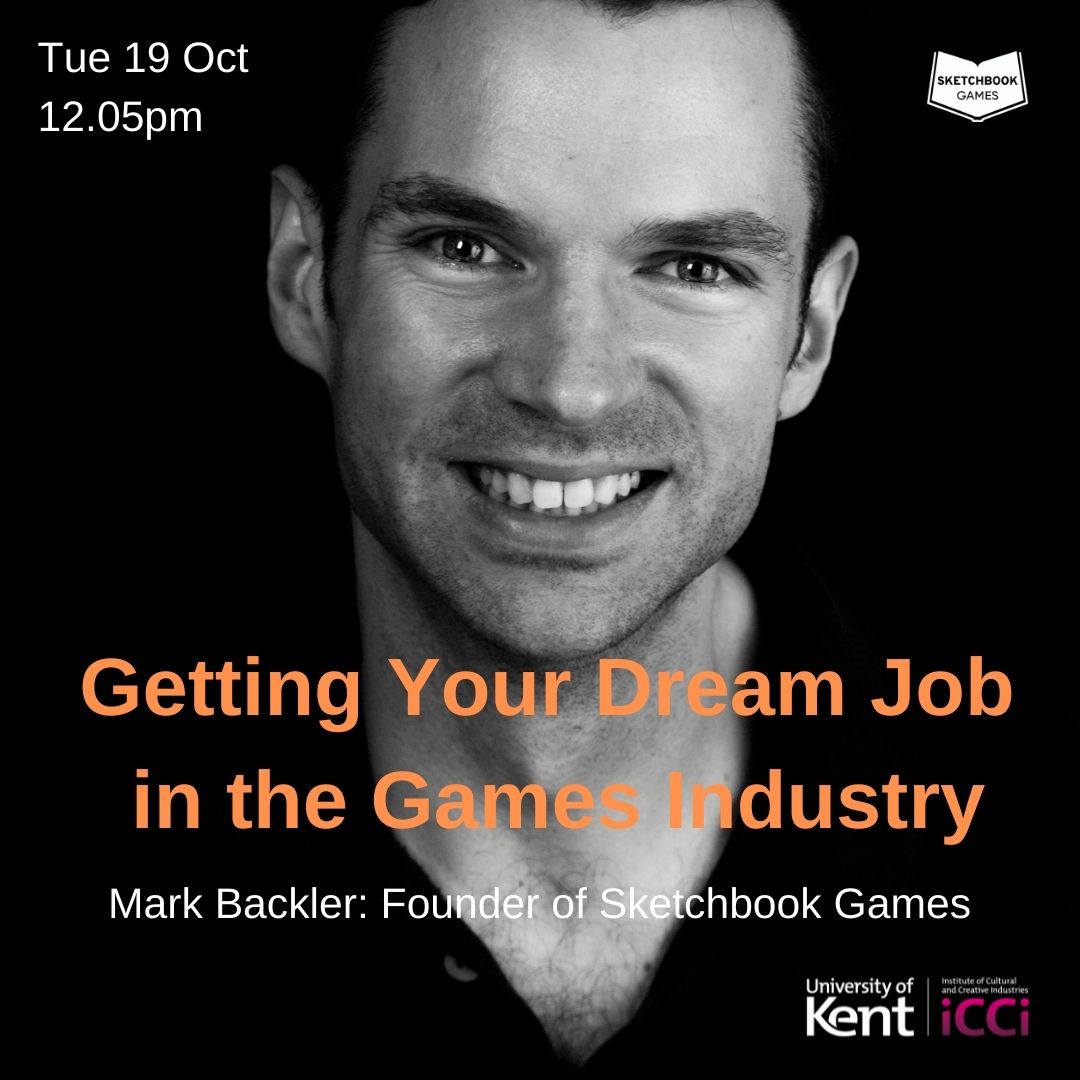 Mark Backler is the founder of Sketchbook Games.

Its debut game, Lost Words: Beyond the Page, is the winner of multiple awards and features a story written by renowned games writer Rhianna Pratchett.

The game ties the narrative into the gameplay in an unusual way – an atmospheric narrative adventure, Lost Words: Beyond the Page is set between the pages of a diary and a fantasy story where you run on words and use them to interact with the world around you to solve puzzles.

Mark’s background is in games design and before he founded his own studio (Sketchbook Games) in 2016, he worked at EA on Harry Potter and the Order of the Phoenix, and at Lionhead Studios on the BAFTA award winning Fable 2.

Mark is also the co-founder of Game Anglia, a conference to bring together game developers in the East of England and build a better game development community.

For this year’s Employability Festival at Kent, Mark presented Getting Your Dream Job in the Games Industry, a live talk and Q&A. Students were given the opportunity to ask questions about games development, free-lancing, digital story-telling, Mark’s career path, or the Creative industries in general.