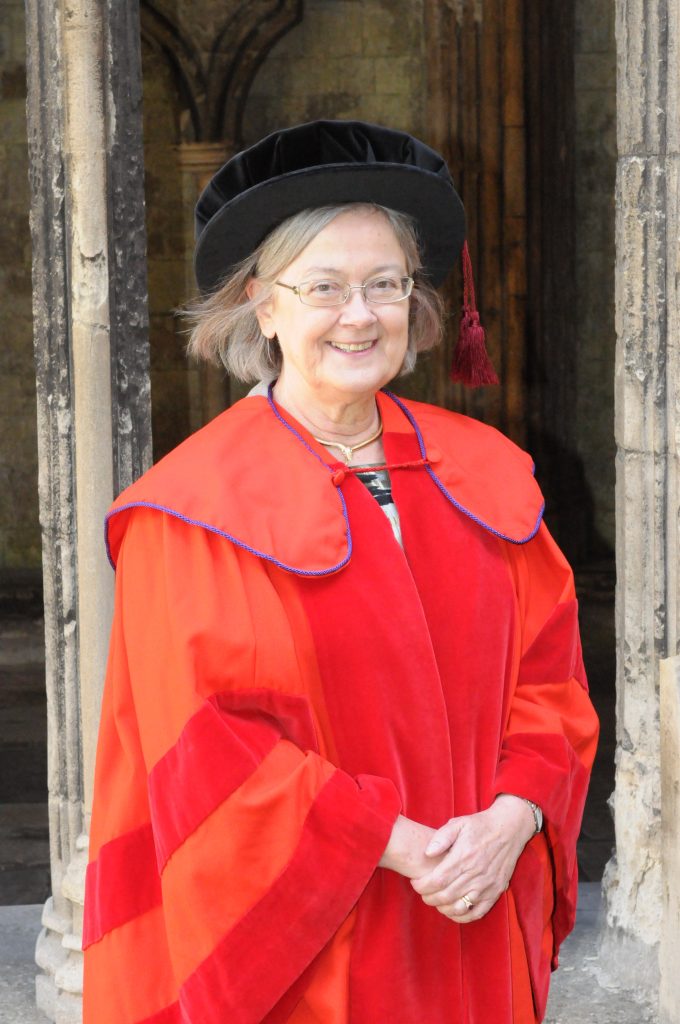 Baroness Brenda Hale of Richmond has been sworn in as the first female president of the UK’s Supreme Court this week. But this is not her first “first”.

Born in Richmond, North Yorkshire, in 1945, Baroness Hale’s education started at Richmond High School for Girls, which lead her on to studying Law at Girton College, Cambridge. Girton College was one of the first residential colleges for women in England, and at that time its intake was still exclusively women, and was pioneering in its drive for educational and sexual equality, becoming first co-educational and then co-residential during the 1970’s.

After graduating from Girton College top of her class in 1966, Hale began her career as an assistant lecturer in law at the University of Manchester. After being called to the bar in 1969, Hale would unusually focus her career on academia, working part-time as a barrister while teaching at the University of Manchester, becoming Professor of Law in 1986.

Being sworn in at a ceremony earlier this week, Hale can now add becoming the first female president of the UK’s Supreme Court to her already impressive list of “firsts”; in 1989 she was the first woman to be appointed to the Law Commission and in 2004 she was the first woman appointed to be a Law Lord, then in 2009 became the first woman Justice of the Supreme Court and became the first deputy president of the UK’s Supreme Court in 2013. However, it is only this week that she has been joined by another woman on the UK’s highest court, as Lady Justice Black was sworn in as the second female judge of the Supreme Court. Hale was unsurprisingly delighted by Black’s appointment, but hoped “that it won’t take another 13 years before we have a third, fourth and fifth [female] member of this court.”

Baroness Hale has ruled on many high-profile cases, including the government’s Brexit appeal and the appeal from the parents of Charlie Gard. Earlier this year she was on the panel of justices who, in a landmark case, ruled in favour of a man who was fighting to give his husband the same pension rights as a wife would receive. She has also had significant a roles in numerous important legislative reforms, including the Children Act 1989, a crucial piece of legislation protecting children, the Family Law Act 1996 and the Mental Health Act 2005.

Hale succeeds Lord Neuberger as president of the UK’s Supreme Court, and spoke of her appointment as “a great honour and a challenge”. She is champion of diversity in the judiciary and is openly critical of the court on the matter, previously stating that the appointment of judges is “not only mainly male, overwhelmingly white, but also largely the product of a limited range of educational institutions and social backgrounds”.

In 2011, Baroness Hale was awarded an honorary doctorate by the University of Kent for her contribution to the law profession.