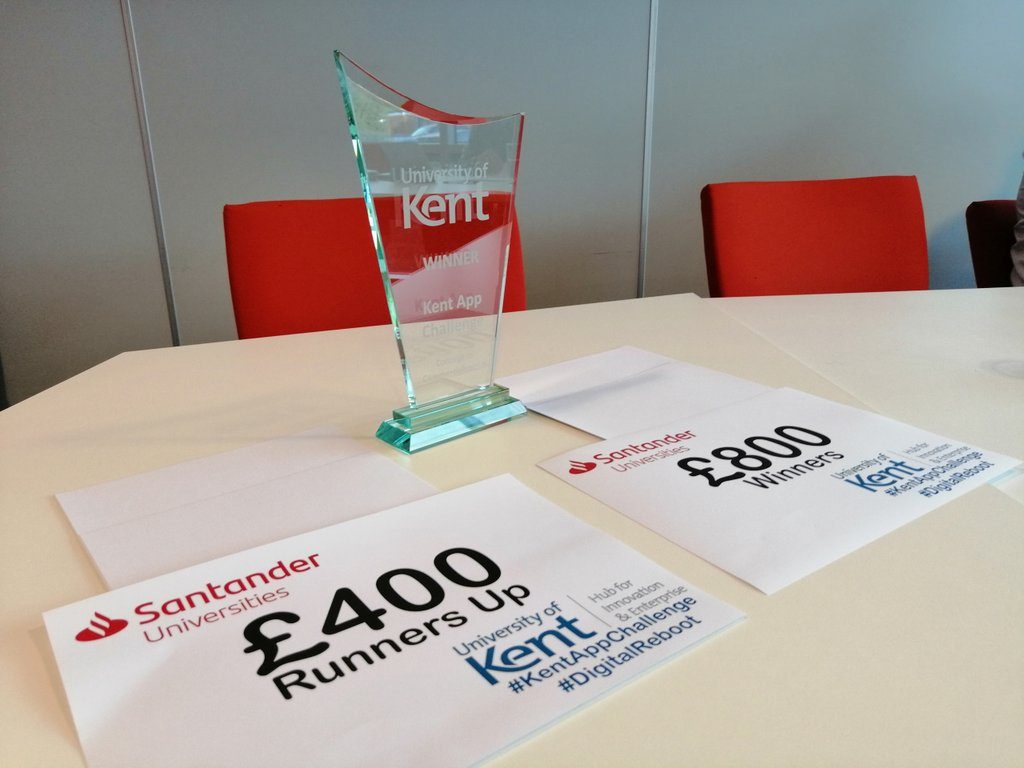 Ever had the desire to want to create a useful app to solve a problem you’re passionate about? Well, that’s what the App Challenge was created for!

The App Challenge was an event sponsored and funded Santander Universities as part of the #DigitalReboot campaign open to all students registered at the University of Kent. Students either formed teams of 2-4 individuals or worked independently to come up with an idea for the design and creation of an app that could address 1 of the 17 United Nations Sustainability Goals. These goals ranged from tackling poverty and hunger to improving education. Of the 22 students who applied to participate in the challenge, 68.2% were undergraduates and 27.3% postgraduates coming from both the Canterbury and Medway campuses.

“I am always impressed by the calibre of participation. This year was no exception, with some amazing ideas being submitted into the competition. Eventually, selecting just two teams to compete in the grand final and ultimately one winner, I am excited to see how #DigitalReboot can turn these ideas into reality” – Marcus Wright, Enterprise Manager at the University of Kent

SharingChef is an app designed to help tackle the issue of homelessness in key areas such as Canterbury, where the rate of homelessness increased by 38% since 2018. Another goal was to reduce the amount of food being wasted in cities. Team 1 explained that their app would help to connect local restaurants and families who have an excess amount of food to dispose and are willing to donate to registered local charities. The main goal of the prototype is to provide a simple user interface for all users – including families, charities and restaurants.

Ins-tutors is an app that provides a platform for individuals who want to share their knowledge or skills in the form of live stream classes, online seminars and lecture, one on one communication with their “students” and more. Team 2 aimed to tackle the issue of providing a quality education in the region by ensuring that individuals of all ages, backgrounds and countries are able to receive quality and affordable education in their desired field.The app would be unique because of it’s flexibility, it’s ability to allow individuals to act as mentors and the opportunity it provides for individuals to volunteer.

After two excellent presentations, the judges discussed which of the ideas stood out the most. In the end, Team 1 won the prize of £800 cash to invest in their app. Team 2 was runner-up and received £400 to also invest in their idea. Both teams were congratulated for coming up with exceptional applications that have the potential to bring about change in the community.