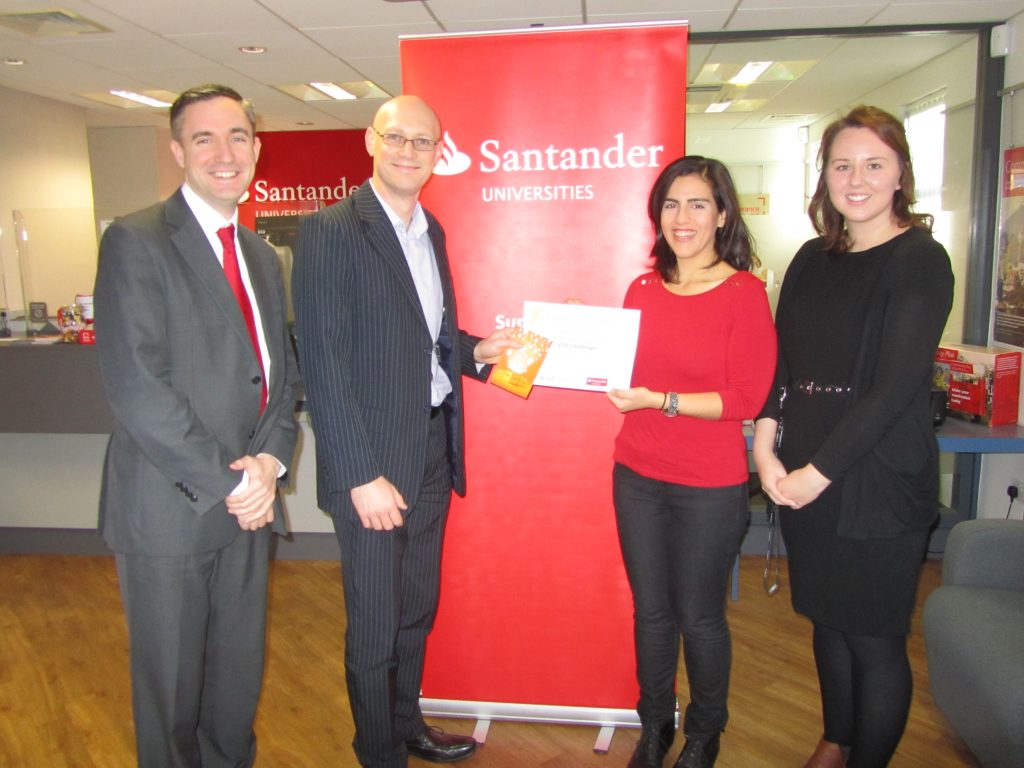 Each year, over 4 weeks, several groups and individuals from the University of Kent take part in the £10 Challenge. Here is some information about students who have previously taken part:

In 2016, 70 students received a £10 initial invesment and made a profit of just under £1500 combined. Each participant of the £10 Challenge showed great entrepreneurial skills throughout their projects, and demonstrated how simple it can be to make some money from as little as £10. The winner Chih-Yu Chin – a Psychology student, made a profit of £160 by buying in bulk stock and selling on individual items at the student market throughout Canterbury campus. Chih-Yu also partnered up with other students participating in the competition, who then promoted one anothers services and products. The runners-up were Kauser Basheer (an Architecture student) and Joseph Anai (a Psychology student).

Chih-Yu says: “The £10 Challenge was a chance to try out my different business ideas on campus. I found it challenging to sell to students to start with but I was able to make lots of friends who were also interested in starting a business. I would really recommend the Hub activities to any students who want to practise their business skills, I really learnt alot from it”.

In 2015, 68 competitors received an initial investment of £10 with the challenge of making as much profit as they could. Through a variaty of activities, including: selling services; buying and selling; creating products; investment; and selling at the student market, the participants made nearly £3000 profit combined and demonstrated a variation of entrepreneurial skills.

The winner, Marilia Paraschou- a Canterbury Law School student, made a profit of £257 says: “Taking part in the £10 challenge was like adding an extra module on to my course. I gained so many practical skills from the competition. It was surprising how straightforward it is to turn a £10 investment into a profit; I’m glad that all that hustling, persistence and foot work paid off. The competition was well organised, there was a lot of support provided and the terms were well explained in the first meeting. Thank you very much for this opportunity and for organising the student market and for your invaluable advice.”

In 2014, 40 students demonstrated their entrepreneurial skills through buying, creating and selling various items and made nearly £1,400 profit combined.

The winner of the 2014 competition was Gold Babalola who made £389 profit by utilising her existing skills and styling hair. Runners-up included Serwan Saleme who made an impressive £123.28 from generating hits on his YouTube Channel and a team of Actuarial Science Students who raised money by designing and selling t-shirts for students from their school. Serwan Says: “I watched the Apprentice on TV and wanted to have a go at the £10 Challenge. It was the perfect opportunity to show my capabilities. It’s amazing how possible it is to turn £10 into hundreds of pounds from YouTube.”