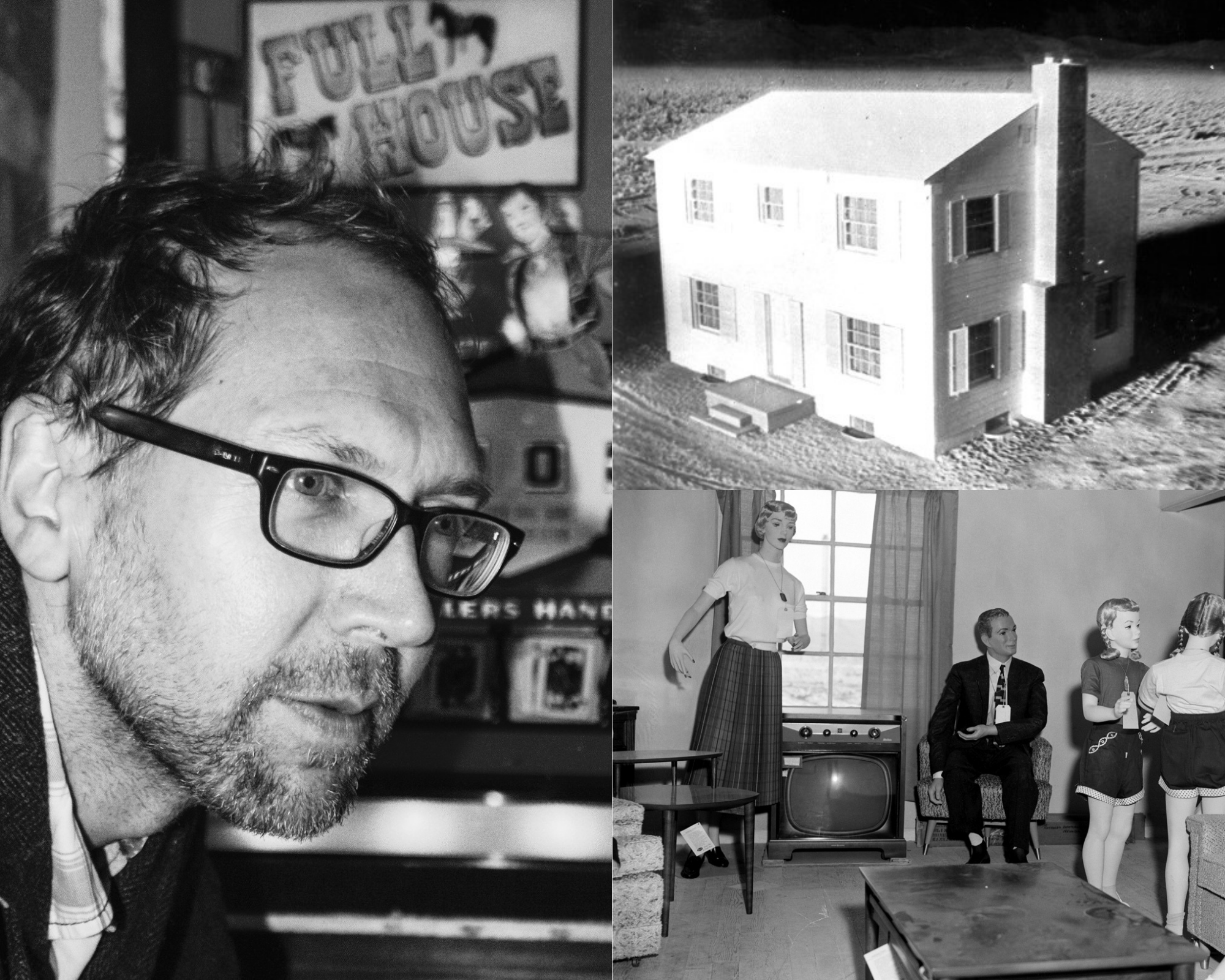 The School of History is delighted to announce that Dr John Wills has recently been awarded a prestigious Leverhulme Research Fellowship for a new 18-month project: Doom Town, USA: A New Ground Zero of Atomic Culture. With this funding, the project seeks to reveal the cultural and historical impact of Doom Town, a prefabricated town in Nevada, USA which was used as a testing site for nuclear bombs during the 1950s.

Constructed to observe the effects of nuclear blasts on different structures, including houses, transport, and electrical substations, and to better prepare the nation for nuclear attack, Doom Town entered the American subconscious when live footage of the nuclear test and the town’s destruction was broadcast by the Federal Civil Defense Administration in both 1953 and 1955. John’s work will trace the effects which these huge displays of destructive power had on the American psyche, on perceptions of the Cold War, and on the burgeoning ‘atomic culture’ which saw an increase in popular interest in the atom.

“The case of Doom Town is interesting because it presents quite a complicated relationship between the American people and atomic patriotism,” says John describing the project. “Doom Town displays the power of atomic science, but also offers a stark warning to the American people about the destructive nature of atomic weaponry.” The live broadcasts and press reports captured the ruin of both interiors and the exteriors of Doom Town’s buildings, which were decorated in contemporary styles and populated by mannequins wearing the latest fashions. John continues: “At the start of the 1950s, there was a patriotism surrounding nuclear research and development, but that feeling becomes more downbeat as we move into the early 1960s. I will be looking at the Doom Town broadcasts as a ‘ground zero’ for the shifting perceptions of nuclear armament.”

John’s work will offer new perspectives on American history and popular culture, and deepen our understanding of how American media was used during the Cold War. The project’s findings will be shared in a book bringing together expert analysis of Doom Town and US atomic culture, as well as the event’s remarkable imagery.

Dr John Wills is a scholar in American cultural and environmental issues. He studied at Warwick University (BA History and Politics) and Bristol University (MA Contemporary History and PhD in American Environmental History), before taking up a post at the University of Kent in 2005. His research and teaching interests bridge several disciplines, most notably history, sociology, cultural studies and game studies.