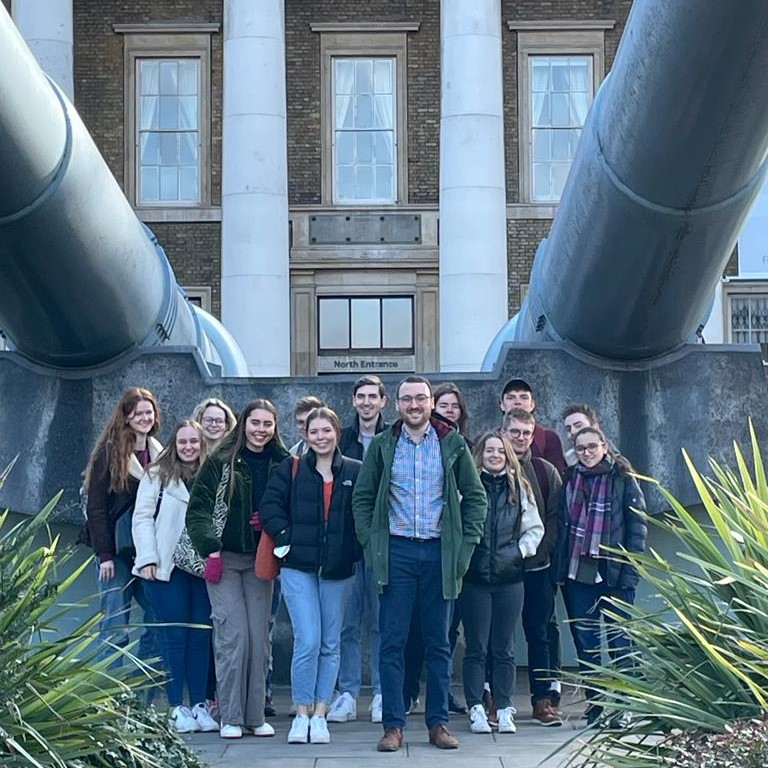 On Monday 7 February, fifteen third year History students had a behind the scenes tour of the Imperial War Museum’s new Second World War and Holocaust galleries. The students, who are taking the special subject ‘The Eternal Nazi: Global Legacies of the Third Reich’, enjoyed priviledged and exclusive access to the museum, which is usually closed to visitors on Mondays. Kate Clements and Lauren Willmott, the curators of the Second World War and Holocaust galleries, delivered private tours of the galleries and their pieces.

Making use of the School of History’s connections in London and the local area, the aim of the trip was to explore in real terms how legacies of the Third Reich have been depicted and presented in a modern British museum. This privileged access allowed the cohort to think quite differently about the design and content of museum spaces and curating more widely. It also allowed members of group to explore potential career routes into heritage, with a number of them speaking at length to the curators about their careers.

“It was a really insightful trip,” said Lucy, a  student who attended the exhibition. “I felt very fortunate to gain greater knowledge of the choices made in creating the exhibitions by walking through the exhibitions with the curators.”

Dr Charlie Hall, who led the trip to the Imperial Wars Museum echoed his student’s appreciation: “It was an enormous privilege for students (and me!) to see behind the scenes at the Imperial War Museum, to hear from expert curators, and to learn about the nature of exhibition design. I certainly found it fascinating and I know my students did too!”