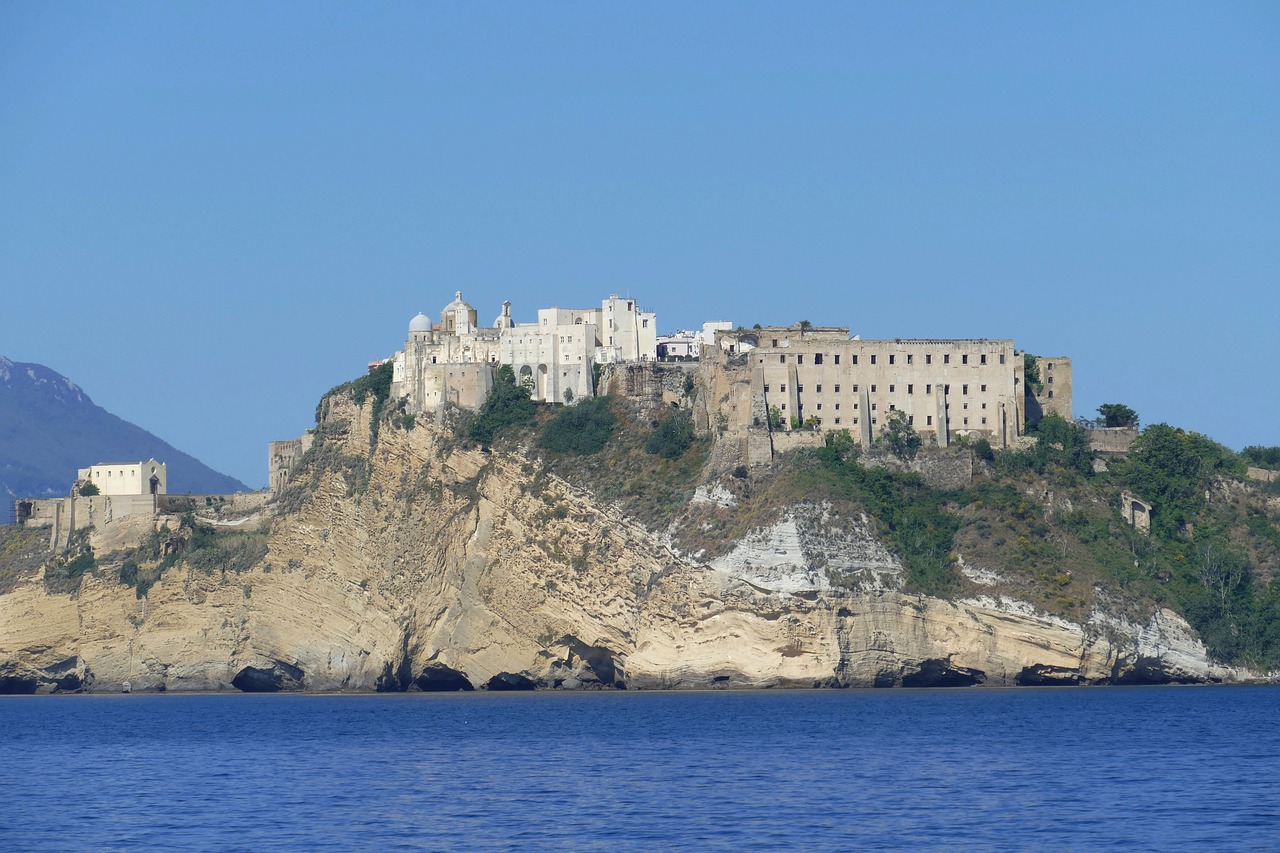 Dr Ambrogio Caiani, Senior Lecturer in History, spoke at a recent conference, “Mediterranean Encounters: Images of Exile” in Procida, Italy on the bay of Naples. The conference commemorated exile in the Mediterranean and elsewhere examining figures including Napoleon, Neruda, Dante, Machiavelli and Nitti. The conference is available to watch online.

The conference has taken place every year since 2005, and is an annual event examining social, cultural and political dynamics throughout the Mediterranean area from an historical perspective. Each year, researchers, scholars and journalists from both Mediterranean coasts – and beyond – meet to discuss different aspect of the core theme.

Ambrogio said ‘It is great that Kent is still a European university to its core and that scholars in the School of History are encouraged to engage actively with non-English research networks, clusters and education systems. Doing comparative History is so important and travelling to European conferences and colloquia remains vital in pursuing this endeavour. I deeply enjoyed presenting my ideas in Procida and exchanging insights with my Italian and French colleagues.’

Ambrogio’s talk examined the legacy of Pius VII’s exile in Savona and its repercussions on the Catholic church during the nineteenth century, which he explored in his recent book To Kidnap a Pope (Yale University Press), which was described as “both an exciting narrative and a fine work of scholarship, shedding new light on Napoleonic history and that of the modern Catholic Church.” Ambrogio recently discussed To Kidnap a Pope on the New Books Network podcast, which can be listened to on the New Books website.