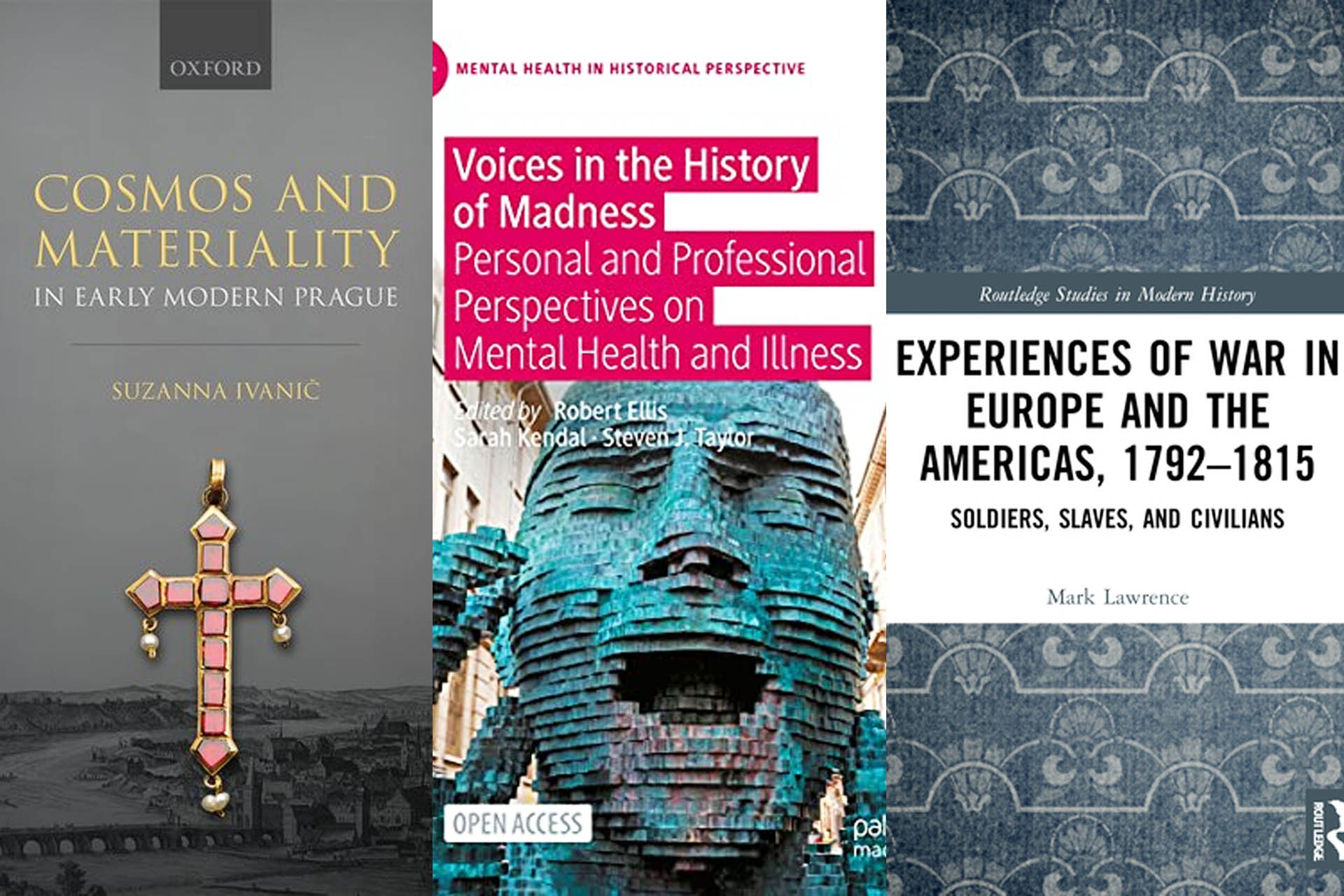 Congratulations to three of our academic staff at the School of History who have recently published new monographs and edited collections.

Lecturer, Dr Mark Lawrence, has published his new monograph, Experiences of War in Europe and the Americas, 1792–1815: Soldiers, Slaves, and Civilians, published by Routledge. Dr Lawrence offers, ‘a new way of viewing the French Wars of 1792–1815. Most studies of this period offer international, political, and military analyses using the French Revolution and Napoleon as the prime mover. But this book focuses on military and civilian responses to French Revolutionary and Napoleonic wars, throughout the rest of Europe and the Americas.’

Lecturer in the History of Medicine, Dr Steven Taylor, saw the publication of his co-edited book, ‘Voices in the History of Madness: Personal and Professional Perspectives on Mental Health and Illness‘ by Palgrave Macmillan. This book explores, ‘a broad range of historical perspectives on mental health and illnessChapters cover a broad chronological and geographical scope, from the early modern period to the late twentieth century, and across Europe, North America, Asia and Africa.’