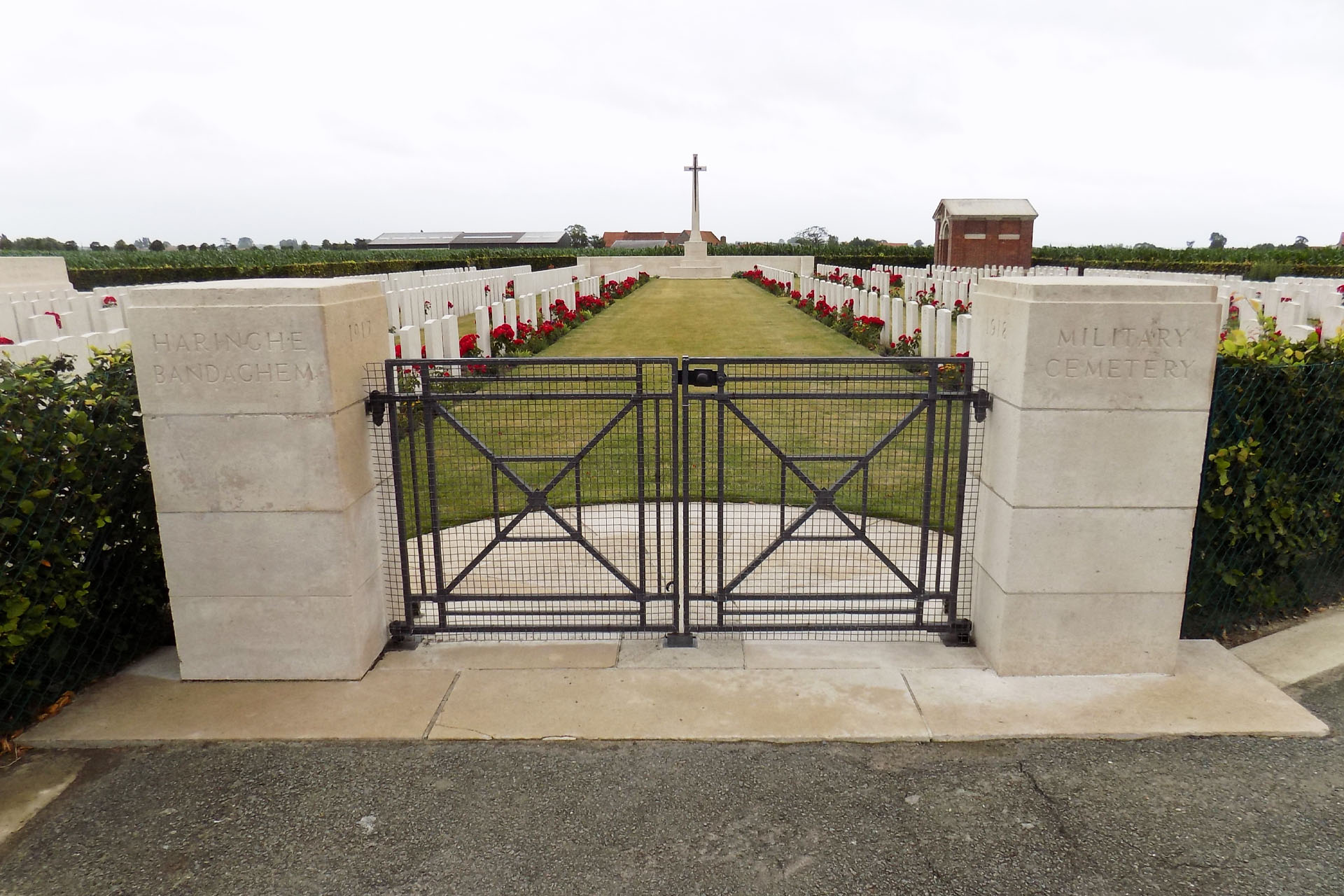 By Professor Mark Connelly
Head of School of History

I first visited a Commonwealth War Graves cemetery when I was sixteen years old. It was Dud Corner Cemetery and the Loos Memorial in France. I can remember the moment vividly. Having developed a deep interest in the First World War, I was on my first battlefield trip. Although my reading had made me aware of the work of the Commission, nothing prepared me for the beauty, calm and dignity of that cemetery. Over the course of the week, we visited lots more cemeteries, and it pushed my interest in the war in a whole new direction. Now, I wanted to know about the history of the Commonwealth War Graves Commission. On my return, I went to my local library and found the official history of the Commission, The Unending Vigil. Studying its sources and notes carefully, I ordered through inter-library loans every book mentioned and was especially fascinated by The Silent Cities, a work published in 1929, which provided an illustration and short description of every British cemetery on the Western Front.

The work of the Commonwealth War Graves Commission has been part of my personal and professional life ever since. I was, therefore, very honoured to be asked by the Commission to join a committee to investigate the so-called non-commemoration cases. Last week, the report was published in a blaze of publicity and, as we expected, some controversy. In a world where it feels that science, mathematics and technology subjects are the only things of importance and that fewer and fewer people take any interest in history, it was amazing to see the passionate responses inspired by the report. The past does matter hugely to people, as the current debate over statues and street names reveals. At the same time, something of the weaknesses of our society was exposed. In our world dominated by speed and information overload, it is very hard to slow down, digest and mull something over. In our world dominated by a system which encourages us quickly and categorically to thumbs-up icon ‘like’ (or ‘heart’ them) or thumbs-down ‘dislike’ subjects, rather than carefully think through life as it is lived for most of us – grey areas, contradictions, fuzzy and indistinct lines – we run the risk of losing subtlety and the ability to grapple with complex problems and issues.

What I saw last week was a blaze of headlines about how racial prejudice had led to a shameful situation in which thousands of Indian and African people who had served the cause of Britain in two world wars had been overlooked in death contradicting the principles of the then Imperial, now Commonwealth, War Graves Commission. And it was absolutely right, and completely understandable, that that particular aspect should dominate the headlines. Far less valuable to us was the fact that the detail of the report was ignored. In that detail emerge the two crucial dimensions of historical research: context and perspective. Anyone taking any notice of this story, might have been left with the impression that no person of colour had ever been commemorated. This left me feeling sad and frustrated. As someone who has visited the battlefields in France and Belgium regularly since 1986 (over the last ten years, it has averaged twice a month), I see the graves of Indian and West Indian soldiers, men of the Chinese, Egyptian and South African labour corps, as well as the stunningly beautiful memorial to Indian troops at Neuve Chapelle, regularly. I see all maintained in exactly the same way as every white soldier of the former empire, whether Australian, British, Canadian, Newfoundlander, New Zealander, or South African.

In historical terms, I see complexity. I see an empire based on racial hierarchies with its inherent prejudices revealing itself to be an extremely complex, contradictory, strange and odd thing. I see that they clearly applied one rule to all in Europe, but not in Africa or parts of the Middle East. It revealed a world in which Africa was still regarded as somehow outside the norms of life and could be treated differently. Such a conception and ranking allowed an imperial agency to avoid commemorating men like the African bearers according to the standards they applied to all in Europe. And yet it was, quite literally, on the shoulders of those men that the entire British military effort in Africa during the First World War rested. Instead of fully marked graves, they were given central memorials commemorating them as a collective. Back in Europe, however, the very same Imperial War Graves Commission ensured graves and memorials listing the names of the missing to thousands of Indian soldiers, a memorial to the men of the South African Labour Contingent lost in a ship sunk in the channel, a memorial to all men missing in the Ypres salient at the Menin Gate, which records Indians on the western pillars and South Africans and the West Indies on the eastern pillars, with British, Australian and Canadian names linking them. And there are further contradictions, irregularities and strange anomalies. At Basra, the central memorial for the missing of the Mesopotamian campaign, the Imperial War Graves Commission inscribed on the walls the names of all British soldiers, but only the total number of Indian missing. The names of these men were not given the same significance as their white comrades. But they were all listed in the memorial register. Every Indian name, and any other known detail, was recorded and publicly presented. Concepts of race were present in every step of the process. Dreadfully, these men were relegated to a lesser position, but they were not erased from history. Commemoration was not uniform nor equal at Basra, but a form of commemoration was enacted.

My purpose in writing here is not to downplay the inherent sense of racial ranking that ran throughout the British Empire, nor to deny that inequalities were accepted and enshrined in the actions taken, and never to deny that it existed (the report shows that fully), but to highlight complexity. And for me, that complexity will be highlighted once the pandemic restrictions allow easier travel. At that moment, I will go back to France and Belgium and those cemeteries and memorials, which have put such a hook in my heart and mind, and which I have visited continually for thirty-four years until COVID-19 struck. At Haringhe (Bandaghem) Military Cemetery, which I pass on my way into Ieper/Ypres, I will stand before the grave of a private in the British West Indies Regiment with its remarkable inscription, ‘REST IN PEACE. A JUST CALL FOR GOD, WIFE, FAMILY, KING AND COUNTRY’. And while paying my respects at that grave, I will contemplate how it is that this soldier of the Caribbean is commemorated in precisely the same way as his white comrades, and yet others of colour who lost their lives in other theatres of war were not granted this status.