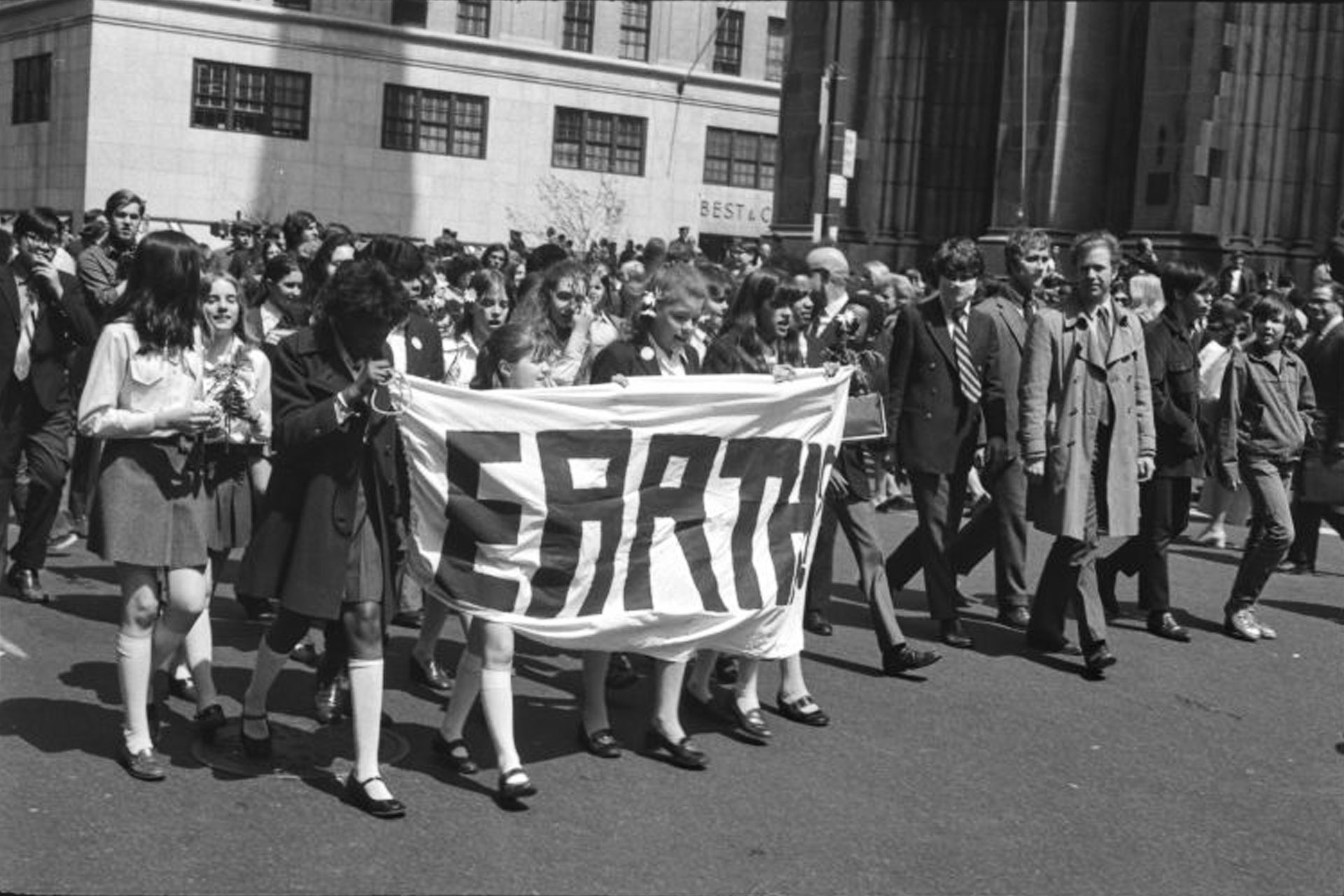 It’s now over fifty years since the very first Earth Day.  Back in April 1970, around 20 million Americans gathered across mostly university and college campuses to highlight environmental crisis. The work of Democrat Senator Gaylord Nelson and student activist Denis Hayes, the first event proved a mixture of Civil Rights-inspired teach-ins and protests.  It hoped to galvanize sixties activism toward new ends.

Very much a US-based event, the first Earth Day reflected specific American senses of society, hope and crisis.  Alongside the turmoil of the Vietnam War and the fight for justice and civil rights, there was new recognition of an imperiled nation in the form of environmental collapse.  Widely-read books by Rachel Carson and Paul Ehrlich foretold of a nation poisoned by pesticides and overwhelmed by overpopulation.  Meanwhile, NASA space missions, most famously Apollo 8, revealed striking images of Planet Earth: small, beautiful, holistic but also vulnerable.

The first Earth Day was also inspired by disaster.  In January 1969, a gigantic oil spill off the coast of Santa Barbara, California, became America’s first modern ‘environmental disaster.’  Reporters, protesters and public alike treated the spill as an ‘ecological’ accident. The spill provided an outlet for concerns and worries that had been brewing for years over the US environment.  The psychological linkage between the oil spill and broader environmental issues proved significant. A pattern of neural pathways bonded around images of eco-decay, with powerful images of dead birds and ruined beaches colliding with NASA’s ‘small planet’ photographs and state-based smog problems.  The Santa Barbara oil spill became ‘proof’ that something was fundamentally wrong.

The group that organized protest over the spill, Get Oil Out! (with the brilliant acronym GOO!) engaged in everything from lobbying government to street theatre.  One of the most prescient things to come out of GOO! was a Declaration of Environmental Rights, written by one of the nation’s first environmental historians, activist Roderick Nash.

Fifty years on, and the scale of crisis seems both similar but more immense than that 1970 moment. A year of Covid has dominated our mental spaces, but it is worth remembering how part of our own survival through this difficult period has come through connecting or re-connecting with the great outdoors – with nature.  On this year’s Earth Day, it’s a moment to celebrate that strengthened connection, and even create your own personal ‘declaration’ of intention. It might take the form of big gestures, of environmental activism, especially backing environmental justice campaigns,  or personal commitments, such as taking up the the vegan path or animal justice.  Whatever it is, remember April 22.