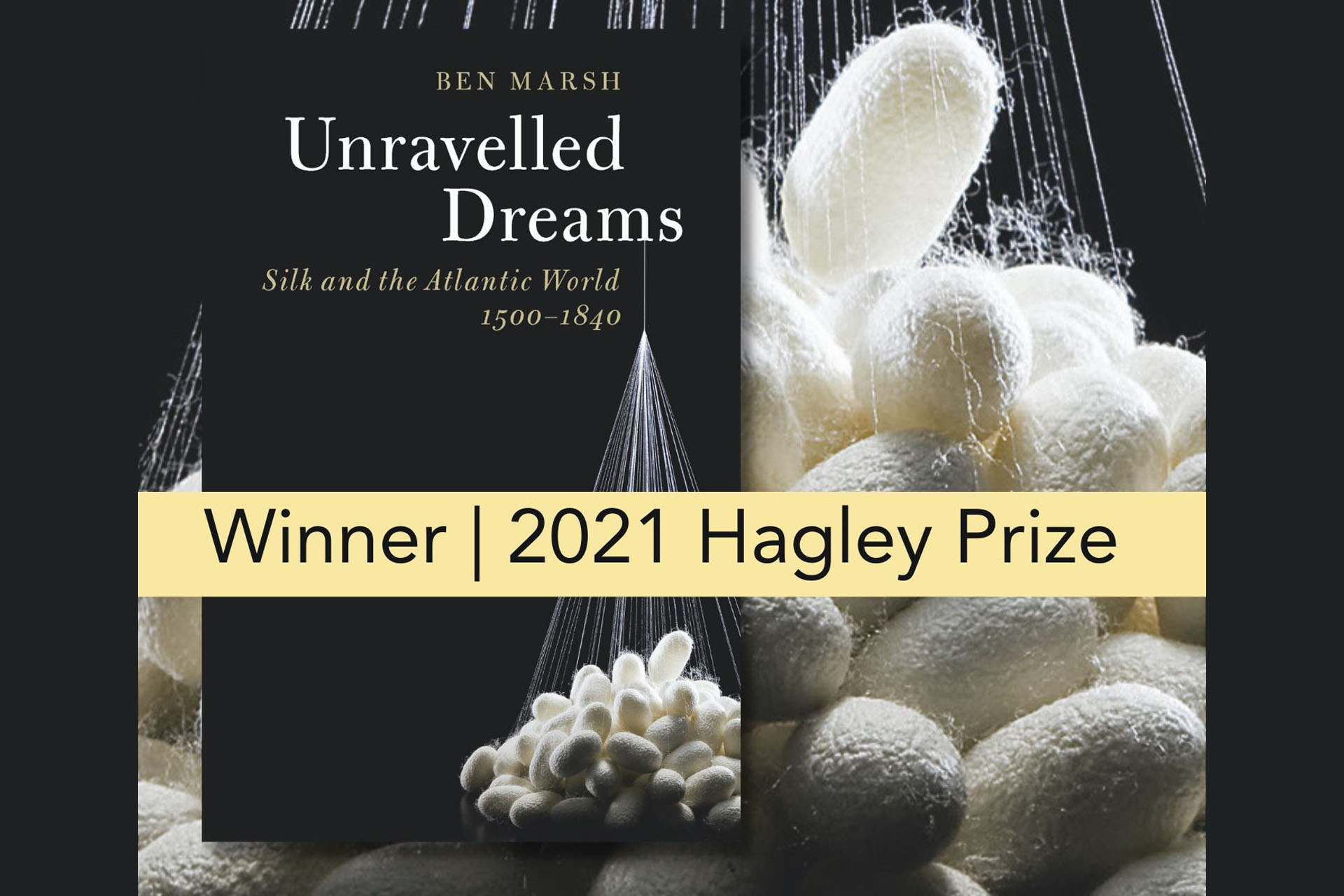 Reader in American History, Dr Ben Marsh, has won a major international prize for his book, Unravelled Dreams: Silk and the Atlantic World, 1500-1840, published by Cambridge University Press in April 2020, based on previous research undertaken in 2013 as part of an Arts and Humanities Research Council (AHRC) fellowship. Dr Ben Marsh is the second British recipient of the US Hagley Prize in Business History.

The award committee share, “In Unravelled Dreams: Silk and the Atlantic World, 1500-1840, Ben Marsh spins an epic tale in which imperial conquest meets entrepreneurial failure. Skillfully weaving together the threads of business history, the history of technology, and environmental history set upon the loom of the Atlantic World, Marsh examines the forgotten story of the European obsession with producing this luxury commodity both to replace Asian supplies for home consumption of the ruling elite, and as a profitable imperial export in its own right. Through detailed analysis of individual mulberry trees and cocoons from Spanish Latin America to French and British North America, as well as the skilled indigenous workers, enslaved Africans, and European women who nurtured the silkworms into producing the finest threads, Marsh reveals the stubborn hubris of Europeans who refused to abandon their silken dreams despite repeated technological and environmental setbacks. More importantly, he demonstrates that the fabric of the Atlantic World historical narrative—full of the successes and tragedies of silver, tobacco, cotton, coffee, and sugar—is incomplete without weaving in the precious silken threads of this important failed endeavor.”

Dr Marsh attended the virtual prize ceremony on Saturday evening when the announcement was made. Dr Marsh shares, “Having invested ten years in the work, I was a little paranoid that it might fall into the gaps between sub-fields which I was trying to bridge – like imperial history, economic history, environmental history, and gender history. So to get this recognition is a really heartening affirmation that the time it takes to build these larger research projects is appreciated.”