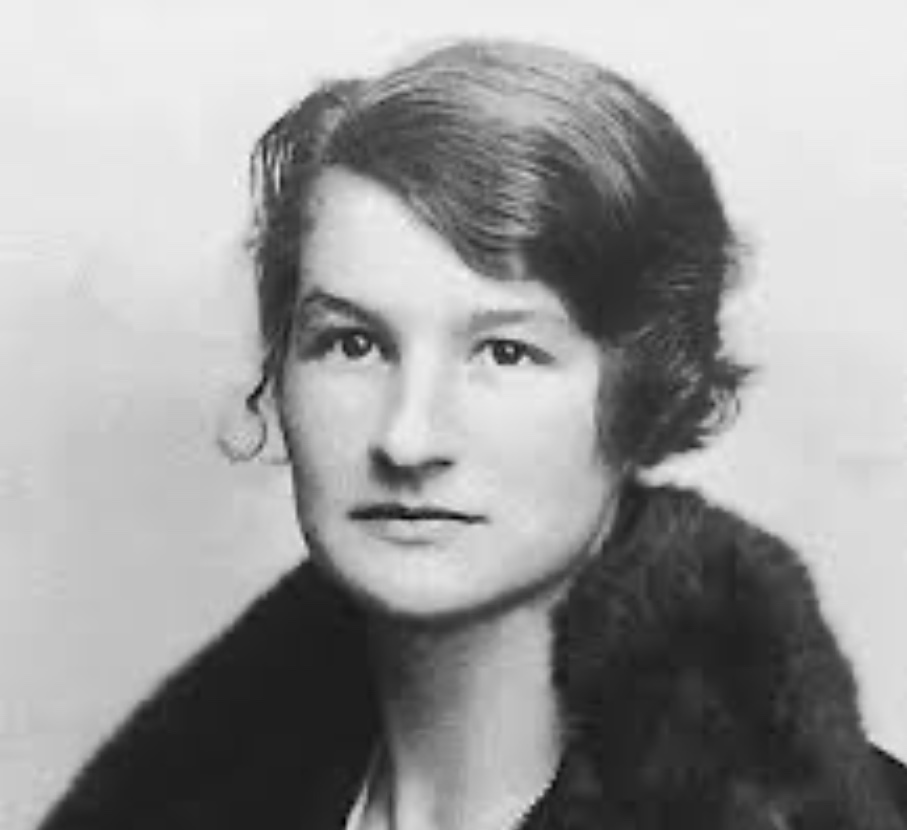 To mark the end of Disability History Month, Professor Juliette Pattinson tells the story of American amputee Virginia Hall, who overcame discrimination to become the first female clandestine agent in France, paving the way for the recruitment of many more, and was the first woman to be awarded the Distinguished Service Cross.

While out shooting snipe in Turkey, Baltimore-born Virginia Hall accidentally shot herself in the foot. Gangrene set in and the decision was taken to amputate below the knee. As testament to her spirit, she named her wooden leg Cuthbert and did not shy away from returning to the pastime that had cost her her leg. Indeed, she joked that she should ‘keep Cuthbert well out of the way.’

Hall, who had been educated in France and Austria, had entered the diplomatic service and worked in the US embassy in Warsaw, in consulates in Smyrna and Venice and in the US legation in Tallinn. But as a result of her new disability, she was dismissed because an obscure State Department regulation precluded from employment anyone who had lost a limb. She moved to France and joined the French ambulance service at the outbreak of the Second World War, travelling to Britain in June 1940 as France was occupied by the Nazis. She was recruited by the Special Operations Executive, a newly formed British clandestine organisation whose objective was to ‘set Europe ablaze’. As an American national who could live openly under her own name and as a fluent French speaker, she was an ideal recruit for SOE’s F Section. She was infiltrated back into France in August 1941 using the codename ‘Marie’ and set up her base in Lyons in the unoccupied southern zone.

As an accredited correspondent for the New York Post, she was able to move around freely. To augment this cover for her clandestine work, she filed her first story within just two weeks, commenting on the conditions of wartime France: ‘I haven’t seen any butter and there is very little milk . . . Women are no longer entitled to buy cigarettes and men are rationed to two packages a week.’ She provided a wealth of intelligence to London, sending regular reports having digested French, German, Swiss and Italian newspapers, found fields suitable for landing aircraft as well as for parachuting supplies, helped many newly arrived SOE agents become established, stored money, weapons and radio sets, was involved with escape lines and recruited for the local resistance. As a result of her successful mission, female agents began to be recruited by SOE’s F Section in 1942. A further thirty eight women were infiltrated into France to work as couriers and wireless operators.

Hall had been operational for fifteen months when the Germans occupied the southern zone in November 1942, in retaliation for the Allied landing in North Africa. It became too dangerous for her to remain as the Gestapo knew about ‘the limping lady’, despite, according to a resistance colleague, ‘hiding her artificial leg with big strides so effectively that no one who did not know her was aware of it.’ The new head of the Lyons Gestapo allegedly stated that he would ‘give anything to put his hands on that Canadian [sic] bitch.’ She endured an arduous 48-hour climb over the Pyrenees mountains in winter, was arrested on arrival and incarcerated in a Spanish prison before being released through diplomatic intervention. She had messaged London noting that ‘Cuthbert is giving me trouble, but I can cope’, to which she received the rather tactless response ‘If Cuthbert is giving you trouble, have him eliminated.’

Hall transferred to D/F section which was SOE’s escape line branch and under the cover of being a correspondent for the Chicago Times, undertook a mission of several months in neutral Spain. She returned to Britain in winter 1943 and was frustrated by SOE’s refusal to re-deploy her, undoubtedly because of her disability. Determined to return, she privately arranged for Morse code lessons and was employed by OSS, SOE’s American counterpart the Office of Strategic Services. Returning to France in March 1944 using the codename ‘Diane’, she was based in Brittany training the Maquis (guerrilla bands evading the compulsory labour draft) and preparing for the Allied invasion. For her crucial role in France, she was awarded the Distinguished Service Cross, the first woman to have bestowed on her the US Army’s second highest military honour. She was also awarded an MBE by the British.

After the war, she worked in the CIA and married a fellow OSS agent in 1950. Hall died in 1982, her wartime record largely unknown. Nearly forty years after her death however, her achievements are finally being recognised. Several biographies have been published, some targeting younger readers, and she is at the centre of the film A Call to Spy released in 2020. This remarkable woman, pioneering in so many ways, is a fitting reminder that disability need be no impediment.

Judith L. Pearson, The Wolves at the Door: The True Story of America’s Greatest Female Spy (The Lyons Press, 2005)

Nancy Polette, The Spy with the Wooden Leg: The Story of Virginia Hall (Elva Resa Publishing, 2012)

Sonia Purnell, A Woman of No Importance: The Untold Story of WWII’s Most Dangerous Spy, Virginia Hall (Hachette UK, 2019)