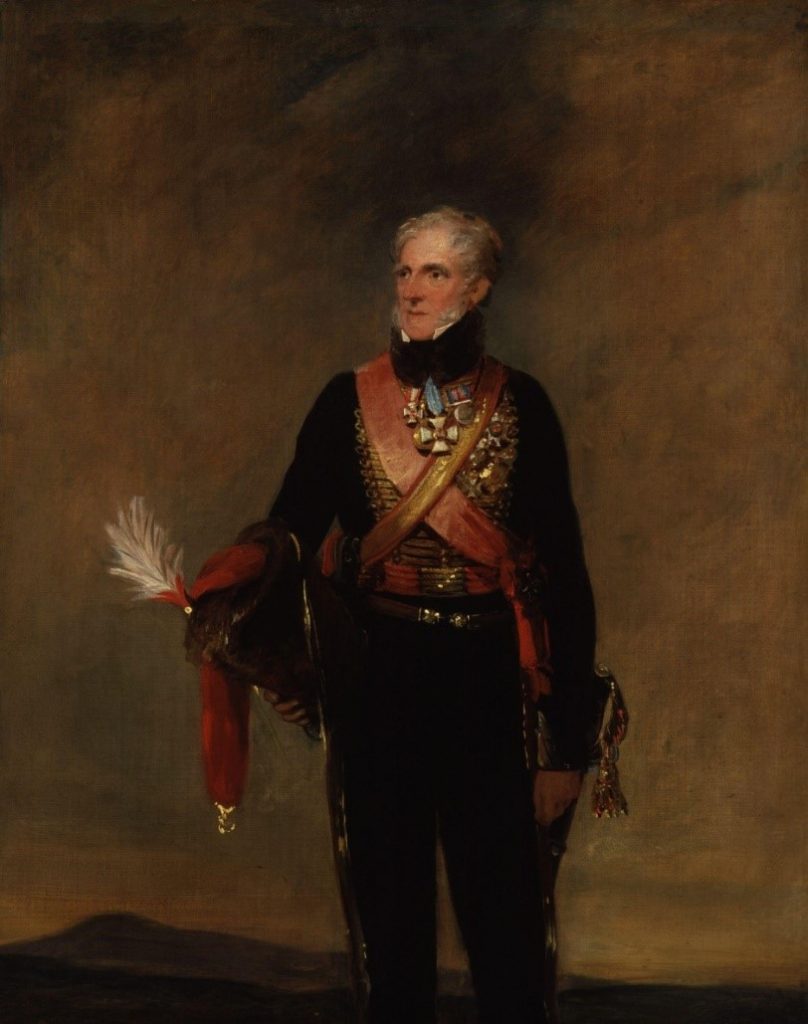 For our next contribution on Disability History Month, MA by Research student Jonathan Burton examines the career of the Earl of Uxbridge as an interesting case study in the history of prosthetics and disability.

If you’ve ever studied the Napoleonic Wars, it’s a fair bet that you’ve come across Henry Paget, the Earl of Uxbridge before. He’s gone down in history as the very archetype of the stiff upper-lipped Englishman, a prime example of keeping calm under the most horrific of circumstances. According to anecdote, Uxbridge was organising the British counter-attack at the end of the Battle of Waterloo when a piece of shell casing smashed into his right knee, severely injuring it. Turning to the Duke of Wellington, who was close by, Uxbridge is supposed to have said, ‘Good God, sir! I’ve lost my leg!’ to which the Duke replied, ‘By God, sir! So you have’. Whether it actually happened or not, it’s undoubtedly a great story and is often quoted to show the supposed eccentricity of the British people. What isn’t nearly so well known is the interesting aftermath of what happened to the Duke after the battle was long over.

As a matter of fact, losing his leg was very nearly the end of Uxbridge’s life. The operation to amputate what remained of his leg happened shortly afterwards in a farmhouse behind the British lines. There was no anaesthetic and the surgery in general was decidedly rough and ready. The operation took place on a kitchen table with men holding Uxbridge in place in case he couldn’t bear the pain. As it happened, the Earl seems to have remained fairly calm throughout the operation. Accounts vary but agree that he remained mostly silent throughout the ordeal, at one point quietly commenting that the knives seemed to be rather blunt. Such coolness belies the fact that the operation must have been a traumatic experience. Despite it being declared a success, Uxbridge experienced long bouts of pain from his stump afterwards which took nearly a year to heal completely.

However, losing a leg was not quite the ordeal for Uxbridge that it would have been for an ordinary soldier. Devoid of a leg, these veterans would have had to rely on crutches or, if they were wealthier, a peg leg. These early prosthetics were not terribly sophisticated; think Long John Silver from Treasure Island and you won’t be far off. Uxbridge, on the other hand, had the advantage of rank and wealth and therefore could afford to have the very best prosthetic that the technology of the time could offer. The resultant appendage was a feat of early nineteenth-century engineering. Made of fruitwood, the individual pieces were carefully carved to match the Earl’s exact vital statistics. Unlike the standard protheses of the time, this one looked like a real leg, but what made it really special is that it could move. It may well have been the first moveable prosthetic limb in history with a hinge at the knee and kangaroo tendons to allow it to bend and flex. It also flexed at the ankle to avoid the foot catching on the rough, cobblestoned streets of Georgian towns. Perhaps most inventive of all, Uxbridge had a special stirrup designed that allowed his new limb to lock in place, thus enabling him to ride and maintain his mobility.

The Earl certainly did not let his disability get him down. He followed up his successful military campaign with a career in politics, being twice Lord Lieutenant of Ireland and twice Master General of Ordinance, receiving promotion to the rank of Field Marshal, and retiring as Lord Lieutenant of Staffordshire. He finally died in 1854, thirty-nine years after his injury at Waterloo.

See the entry for Uxbridge’s artificial leg in the Age of Revolution’s Waterloo 200 objects database, a project involving staff and students from the School of History at the University of Kent.