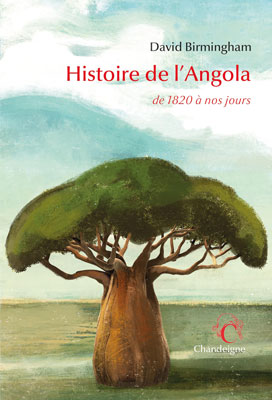 Professor David Birmingham has been awarded the Bourdarie 2020 prize by the French Academy of Overseas Studies for the French translation of his book A Short History of Modern Angola, originally published by Hurst in 2015.

Already available in a Portuguese translation, the book was translated into French by Gérard Siary and published in 2019 by Chandeigne as Histoire de l’Angola. The prize will be awarded in Paris on 11 December 2020, though David will sadly not be able to attend the ceremony in person.

David was Professor of Modern History at the University of Kent from 1980 to 2002, and has published widely on African history, especially Angola, as well as the histories of Portugal and Switzerland.