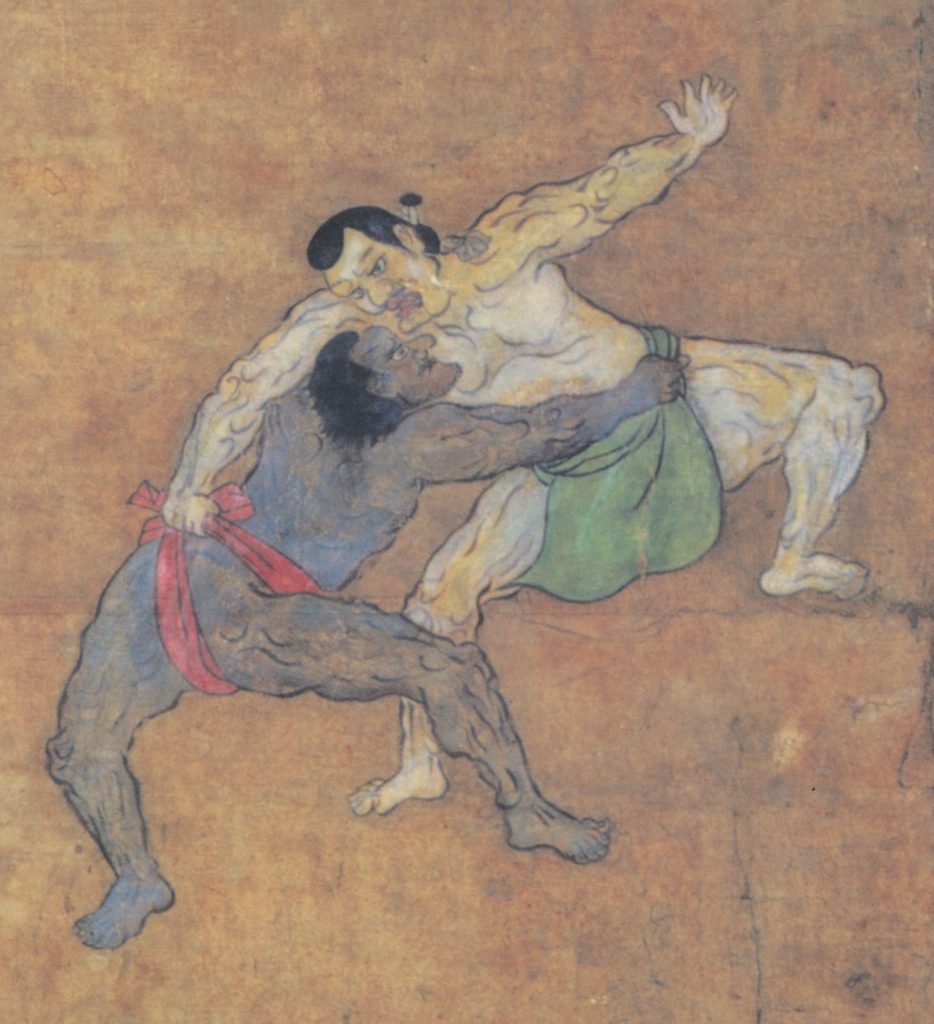 Continuing our celebration of Black History Month, MA by Research student Jonathan Burton discusses the intriguing and mysterious case of Yasuke, reputed to have been the first African samurai.

Born in what is now Mozambique, Yasuke’s path to fame began when he was ignominiously kidnapped by Arab slave traders around 1560. His early life is uncertain, but it has been suggested that he was traded all the way to India, where he was forced to serve as a child soldier. His military skills and bearing (he was over 6ft tall) meant that he was sold yet again to Portuguese Jesuit missionaries, eager to spread Christianity to the relatively unknown and dangerous country of Japan. Technically an indentured servant, Yasuke’s experience and impressive appearance made him an excellent bodyguard for the priests he served.

Japan in this period had fractured into various warring clans, the most powerful of which was the Oda clan, led by the ruthless Oda Nobunaga. In 1581 the Jesuits finally gained an audience with Nobunaga, arriving in Kyoto and bringing Yasuke with them. To say that his arrival caused a stir would be an understatement: his novel appearance apparently almost caused a riot. Curious, Nobunaga ordered the Jesuits to show him Yasuke and, in an effort to gain his support, the missionaries then presented Yasuke to him as a gift.

Initially, Oda was rather suspicious of Yasuke’s appearance. Worried that the Europeans might be making a fool of him, he ordered Yasuke to strip to the waist and wash in front of him, to make sure that his skin really was black. However, with these difficulties overcome, the warlord became extremely cordial. With his huge height and military skills, Nobunaga saw Yasuke as the ideal bodyguard, his exotic appearance emphasising the warlord’s wealth and status. Things further improved for Yasuke when his new lord granted him the rank of samurai, along with all the benefits of land and status that came with it.

Whether Yasuke actually fought in battle is a moot point. He certainly accompanied Oda Nobunaga on his campaigns but he seems to have been more a retainer than a front-line warrior. What is extraordinary is the degree of intimacy that developed between the two men. Contemporaries noted that Yasuke was one of the few men that Nobunaga would dine alone with, suggesting that Yasuke spoke Japanese as there is no evidence of Oda learning Portuguese.

This life of status came crashing down after Nobunaga was betrayed by one of his other samurai, Akechi Mitsuhide. Cornered at a Buddhist temple, Yasuke first defended Nobunaga and then may have assisted in the latter’s ritual suicide. However, in stark contradistinction to the samurai code, Yasuke did not follow his master’s lead but instead surrendered, allegedly offering his katana to Mitsuhide in a manner reminiscent of a European officer. Deriding him as an animal, Mitsuhide scorned Yasuke as not worth killing and instead sent him back to the Jesuits. What exactly happened to Yasuke after that is unknown as he disappears from the historical record. His life demonstrates, however, that it was possible in the sixteenth century for an African slave to overcome the cruelty they experienced early in life, even in the unlikeliest of circumstances.

For a popular account of Yasuke’s life which does its best to fill in the historical gaps, see Thomas Lockley and Geoffrey Girard, African Samurai: The True Story of Yasuke, a Legendary Black Warrior in Feudal Japan (New York: Hanover Square Press, 2019).