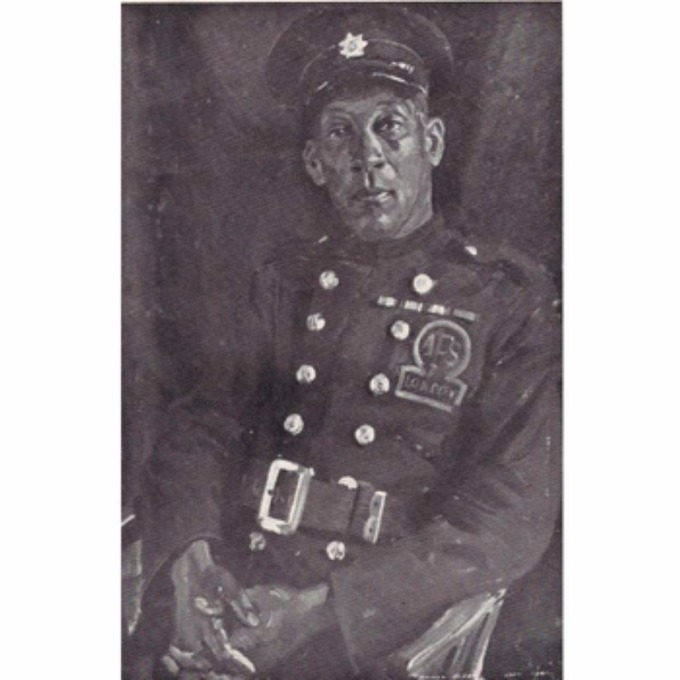 In the latest instalment of our Black History Month celebrations, Dr Ellena Matthews, who recently completed a PhD in the School of History, looks back at the remarkable career of the soldier, fireman and activist George Arthur Roberts.

Each year, Black History Month draws attention to the different ways that black people have contributed towards, and have helped to shape British social and cultural life. George Arthur Roberts is one of these individuals; his service in the First World War, his role as a fireman protecting London during the Second World War, and his fight to end racial discrimination, demonstrates just some of the ways that black people have contributed towards British history over the last 100 years.

George Arthur Roberts was born in 1891 and grew up on the Caribbean island of Trinidad. He served in his nation’s army before travelling to the United Kingdom during the First World War, where he served for the British Army in the Middlesex Regiment. During this time, he gained a reputation for his unique ability to throw German bombs back over enemy lines.[1]

Roberts remained in Britain during the interwar years and in 1938 he volunteered for the Auxiliary Fire Service (AFS). With war on the horizon, the AFS were created to support existing fire brigades in the event of a new conflict. Roberts was based at New Cross Fire Station, in Lewisham, and in 1943 was promoted to Section Leader.[2] The fire service played a vital role on the Home Front, as during periods of bombardment they were tasked with tackling the thousands of fires which raged through the streets, homes and industrial centres of the city. During periods of enemy attack, firemen experienced constant danger as they navigated through burning streets, tackled fires, and rescued trapped civilians, all whilst bombs fell around them. In many ways, the fire service occupied a unique position on the Home Front, as personnel were required to directly place themselves in danger for the defence and protection of the nation. For these reasons, a narrative emerged during wartime, and particularly during and after periods of attack, which praised the fire service for courageously fighting the battle against the flames.

Like many civilians working in the services during wartime, George Roberts was awarded a medal for his work as a fireman.[3] In 1944, Roberts received the British Empire Medal for his duties undertaken at New Cross Fire Station during the war, and for his work organising discussion groups within the service; these discussion groups helped to relieve the boredom and anticipation that personnel experienced whilst waiting for bombing raids to commence.[4] In 1941, Roberts was painted by fellow fireman and Official War Artist for the National Fire Service, Norman Hepple. You can see this image, with Roberts posing in his AFS uniform, at the top of this page.

In addition to his involvement in both world wars, Roberts maintained an active role in the local community, championing the rights of ex-servicemen and fighting for racial equality. He achieved this through his work with the British Legion, where he helped to found local branches and promote the work of the organisation, and through forming the League of Coloured Peoples (LCP), a civil-rights organisation centred upon fighting racism and supporting black rights.

In recent years Roberts’ achievements, involvement in the Second World War, and his position as one of Britain’s first black firemen, has been increasingly recognised in the public sphere. In 2016 a blue plaque was unveiled outside his Camberwell home to recognise his contribution to the borough, and in 2018, a plaque was unveiled outside New Cross Fire Station to commemorate his life and work for the service.

More recently, in August 2020, Roberts was the focus of an advert for the genealogy company, Ancestry. The advert, which recounted Roberts heroic efforts as a member of the wartime fire service, encouraged viewers to discover untold stories of the Second World War in their own family history.[6] Roberts story also featured in the speech that Prime Minister Boris Johnson gave on 1st October 2020, to mark Black History Month, where he praised him for his contribution to British society, both through his service in the First World War, and his work in the Second.[7] Indeed, the accomplishments of George Arthur Roberts reveals much about the involvement of black individuals throughout British history, as well as highlighting the multi-national and multi-ethnic nature of British society.

Ellena Matthews recently completed her PhD at the University of Kent. Her research focuses on space and the representation of heroism in Second World War London.

[5] A copy of this painting can be viewed in New Cross Fire Station.