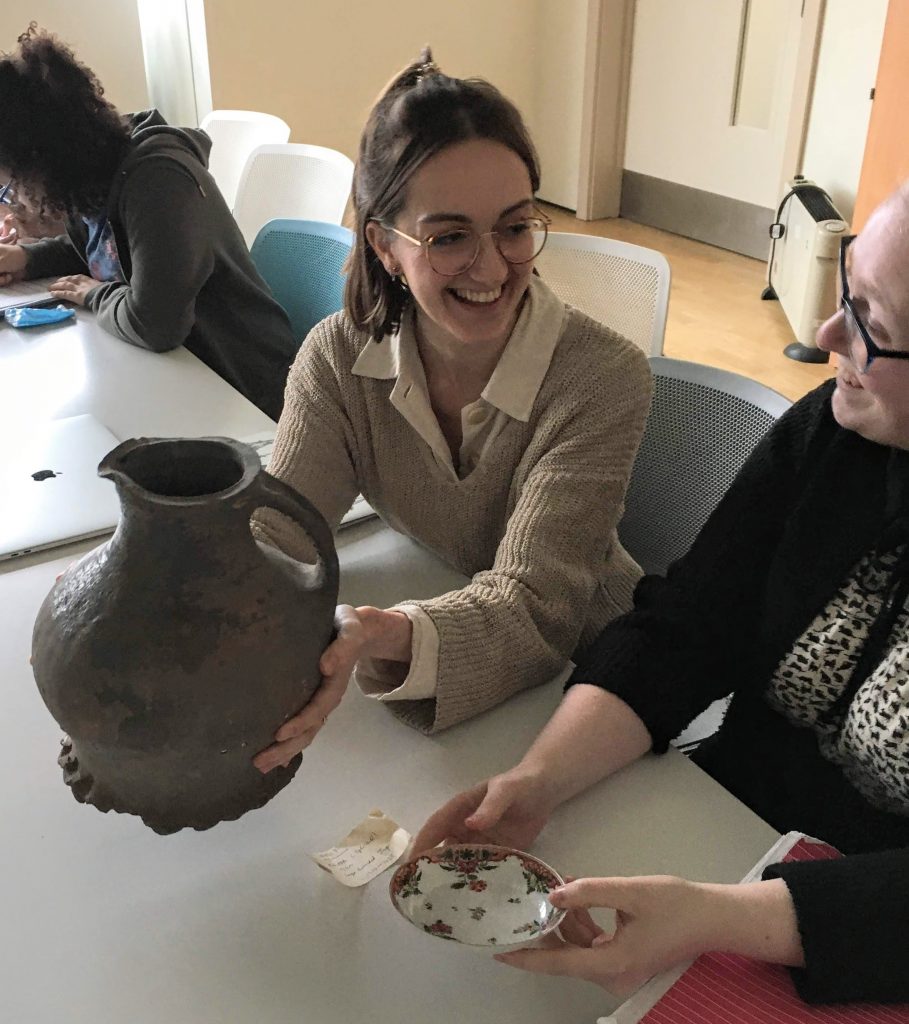 Dr Suzanna Ivanič, Lecturer in Early Modern European History, reflects on some of the class activities she led around Canterbury in her teaching this past year.

This year will be remembered for lockdown, but in January and February, we were able to get up close to some of the early modern treasures Canterbury has to offer. It was such a pleasure to engage with second-year undergraduates from the School of History and master’s students from the Centre for Medieval and Early Modern Studies in inspiring discussions about the power of things and their role in history. As we head into summer, here are a few reminders of our trips and what awaits us on the other side.

On a very cold, wet January day an intrepid group of MEMS students traipsed down the hill to St Stephen’s Church, Hackington. Inside, we examined the sixteenth-century cadaver tomb of Sir Roger Manwood, replete with wooden skeleton, marble columns, inscriptions and statues of his children praying for his soul. This is an astoundingly lavish tomb built in a time of religious reform.

At the Beaney Museum, we handled pots, shields, coral, and Buddhist figurines, and discussed what material culture can reveal about early modern history as opposed to texts. It is always a fantastic way to see history come to life in our hands. Some of the most intriguing items on our tables were a green glazed pot similar to those found on the Spanish Armada wrecks, some cracked Delft tiles depicting biblical scenes that were dug up in Canterbury, and a Venetian imitation porcelain tea cup with Chinese-style decorations that is possibly made of glass. As always, students made enlightening contributions discussing pigment production, blacksmithing and making clay pots.

It has been a real delight working with this year’s HI6025 and MT882 cohorts. Thank you!