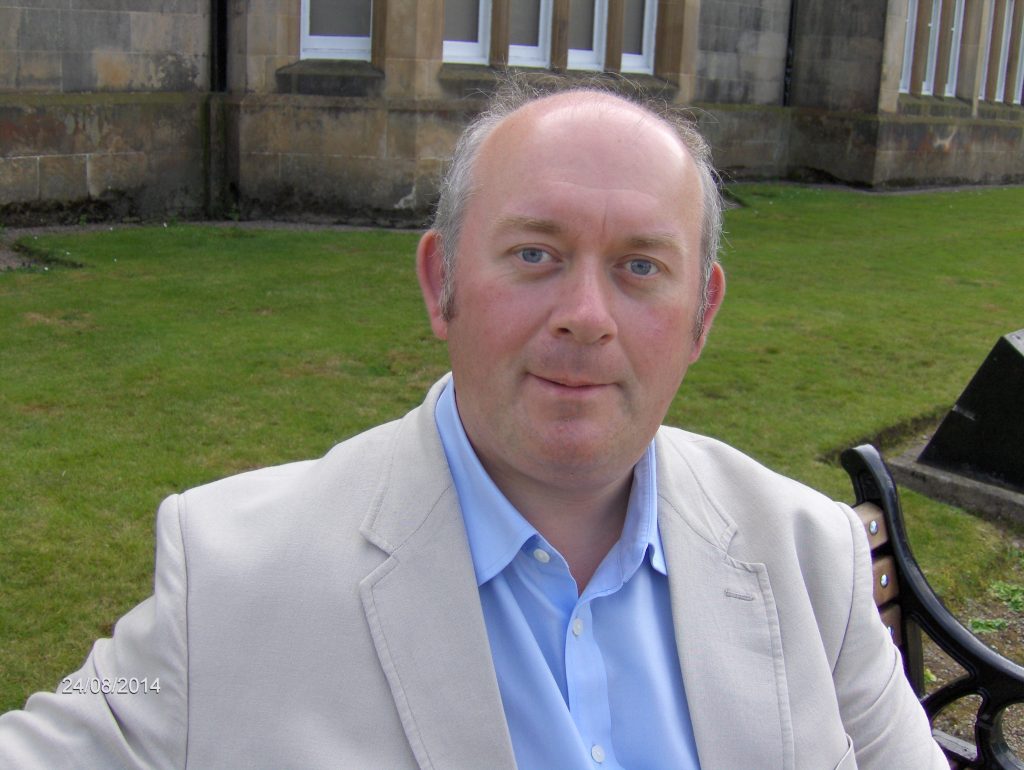 This week on our blog Q&A we have Deputy Head of History Dr Timothy Bowman. Here Tim discusses what drew him to the study of military history and why the University of Kent is particularly well located for teaching and studying Britain’s military past.

I’m Reader in Modern British Military History and the Deputy Head of School.

What led you to become a military historian?

I was born and raised in Northern Ireland during the ‘Troubles’, so experienced war before I had a chance to study it. Added to that were the memories of my grandparents about the Second World War, which interested me from a young age. My parents were always keen to take me out to historic sites, so early memories are of visiting the fine Norman castles at Dundrum and Carrickfergus. As I got older, the Carnegie Libraries in Bangor and Belfast provided me with lots of interesting books and I had inspirational history teachers at both Gransha Boys’ High School and Sullivan Upper School. At Queen’s University Belfast, where I studied for my BA in Modern History, I was lucky to find a number of staff who indulged my interests, notably Richard Middleton who is a distinguished military historian of the 18th Century. Then, just as I was finishing my degree, the University of Luton advertised a Ph.D. studentship concerned with the British army in the First World War. I was lucky enough to be appointed to this and have been a card-carrying military historian ever since.

I’m working on a book concerning the Irish soldier in the British army from c. 1680.

I’ve found Tom Lockley’s Military Medicine and the Making of Race: Life and Death in the West India Regiments, 1795-1874 (Cambridge University Press, 2020) a stimulating and timely read. This book demonstrates how complicit the British government was in the slave trade, and at a time when it was formally committed to ending it. I hadn’t appreciated that a more virulent form of ‘yellow fever’ hit the West Indies in the 1790s; while death rates amongst Europeans had been high in the previous decades they became much worse in the 1790s so the British government decided to raise the West India Regiments with white officers and black soldiers. Professor Lockley, who is an academic at the University of Warwick, was kind enough to come and speak to our student-run History Society at Kent while he was working on this book, so it is very nice to be able to read the finished product.

Military history suffers from the perception that it is all about generals and battles. I find some of the most interesting work is actually social history. Governments generally kept very good records about their soldiers and sailors, so you can work out a lot about the life of ‘ordinary people’ from military records.

Get a library ticket for the best and biggest library you can get access to as early as you can. I was very lucky, long before I went to University, to be a member of Belfast Central Library – one of the original Carnegie Libraries and now part of Libraries NI. That gave me access to a wealth of books which I couldn’t possibly have afforded to buy (and, of course, membership was absolutely free). Some internet sources are very good, but I still find six hours reading a good book time much better spent than six hours online!

I’ve very much enjoyed teaching the second year ‘Armies at War, 1914-18’ module during the centenary of the First World War, when aspects of the conflict have been very much in the media. Part of the professional historian’s task is to debunk popular misconceptions and there have been plenty of those!

For a military historian it is quite special to be based in Kent, what was Britain’s ‘front line’ county during the Napoleonic Wars and Second World War. As the UK’s ‘European University’ we have easy access to the battlefields of the First and Second World Wars in Belgium and France; I always find visits there inspiring and humbling. Otherwise, I’ve found colleagues and students here very supportive of my research interests over the past 15 years and have received useful travel grants to indulge them.

The 1st Duke of Wellington. Supposedly asked by one historian of his memories of Waterloo, he commented, ‘one might as well try to write the history of a ball as the history of a battle’ it would be interesting to explore this. Also, I’ve always wondered if he had an Irish accent – he was born and raised in Dublin and Trim, Co. Meath after all!