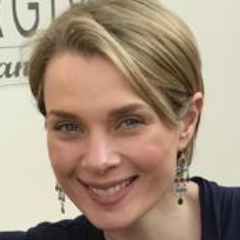 Lecturer in Modern British History and Director of Postgraduate Recruitment and Admissions for History.

What led you to become a historian of war and memory?

In the early 2000s I did my undergraduate final year special subject on the contemporary memory of the First World War. I became fascinated by the ways in which historical memory can be twisted by political and cultural forces, creating myths and legends about the past which can stick fast in the stories societies tell themselves.

I recently published my second book, Sounds of War: Music in the British Armed Forces During the Great War (Cambridge University Press, 2020). Books take long to research, write and publish so I am having a little pause before jumping into the next one on servicemen’s experiences of cinema during the First World War.

I very much enjoyed Chris Kempshall’s British, French and American Relations on the Western Front, 1914–1918 (Palgrave, 2019).

That we hate the war poets of 1914-18. Also, that we spend all our time watching war films.

Read, listen, discuss, and read some more – you will never know everything.

I’m very much looking forward to teaching my new second year module ‘Telegraph to Television: War and the British Media, 1853-1945’ – those early war correspondents were a colourful bunch!

It is a professional yet friendly environment. Everyone is exceptionally good at their jobs, but they are also genuinely decent human beings.

That’s a very unfair question to put to an historian! Probably the Duke of Windsor, the former Edward VIII. He would have some tales to tell.