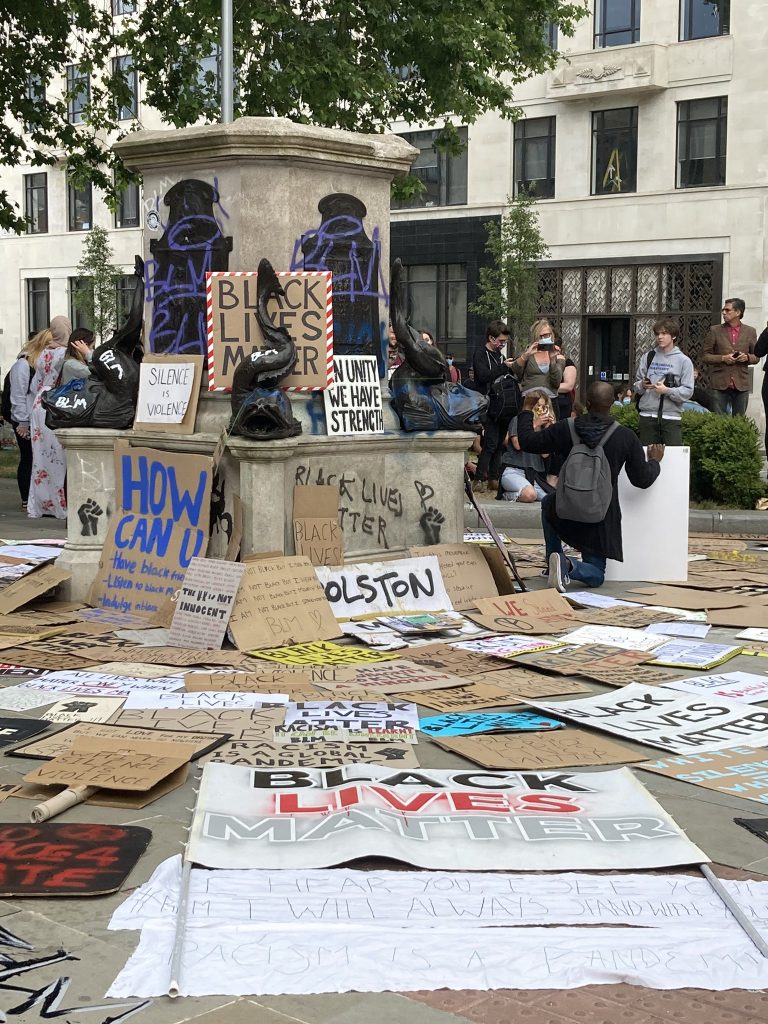 With the news full of stories about statues of historical figures with connections to slavery, colonialism and racism being pulled down across Britain and the world, it is important to consider what this means for us as historians. Contrary to many of the more alarmist reports, the removal of these landmarks does not represent the destruction of history, but rather its opposite – a powerful and significant historical process in its own right.

The decision to erect a statue of a certain individual arguably tells us less about that particular individual than it does about those who erected it and the time in which they were living. The statue of slave-trader Edward Colston, which was recently torn down and deposited in Bristol harbour by Black Lives Matter protestors, was originally erected in 1895, 174 years after Colston’s death. As such, it tells us that those behind the installation of this statue believed Colston was a figure worthy of glorification in line with what they understood to be the values of their time, at the apogee of the British Empire’s reach and power.

Similarly, the decision to tear it down (coming, it should be noted, after a long but unsuccessful campaign to have it officially removed or at least to have a plaque with more historical context added to the plinth) tells us, and will tell future historians, a huge amount about our current historical moment. It demonstrates that this was a time when we were starting a long-overdue conversation about race in Britain (and beyond), a time when a partial reckoning with Britain’s imperial past was being undertaken, and a time when more direct action was deemed necessary so the voices of those who had for so long been silenced and ignored could be heard.

Some commentators have described this process as ‘rewriting history’, as if that is an inherently bad thing. In fact, the reality is that history is always being rewritten, not only by those who put statues up or who tear them down, but most consistently by historians. As new knowledge comes to light, as our values change, and as we search for new ways to understand the present through the lens of the past, it is necessary to revisit, reconsider and, if necessary, rewrite our understanding of history.

This is certainly one of the main endeavours undertaken by scholars and students in the School of History at Kent. By grappling with important subjects throughout history – empire, race, health, violence, religion, gender, war, ideology, class, disability – we are driven always to consider the evidence carefully, engage with the relevant debates, and draw our own conclusions. Our understanding of the past is never static and we should be reminded of that every time a statue is torn down.