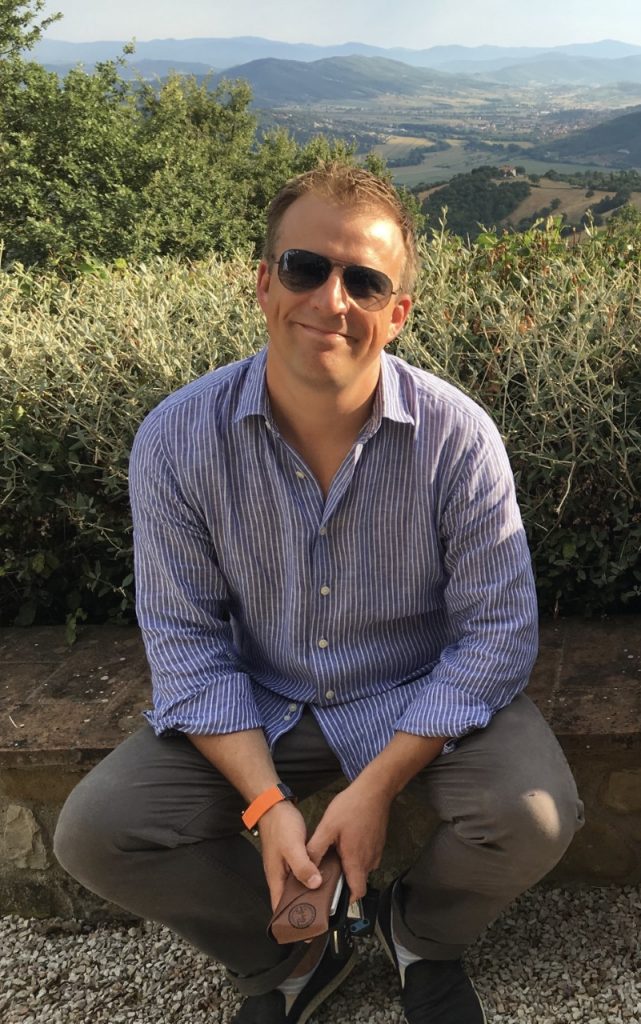 This is the first in a series of interviews with academics in the School of History we’ll be sharing over the summer months. Our maiden outing features Dr Erik Mathisen. Erik is the author of The Loyal Republic (2018). Here he discusses the pleasures and enduring relevance of studying and teaching American history.

I am a Lecturer of U.S. History, with particular interests in the history of slavery and emancipation, in the United States and the broader Atlantic World, over the eighteenth and nineteenth centuries.

What led you to become a historian of slavery and emancipation?

As far back as I can remember, I was interested in African American history. I think it had a lot to do with the subject not being taught in schools. But as a kid, African American culture was everywhere: in the music I listened to, the authors I read, the films I watched. I wanted to learn more. Once I was in university, I became fascinated with the history of slavery and emancipation. I wanted to understand how enslaved people attempted to carve something for themselves out of their captivity, and how they pushed the slave system to its limits, eventually toppling it. And once I realised that this was a history that connected the United States to a wider Atlantic World, I was well and truly hooked. I think studying the history of slavery and emancipation helps us to understand so much about the modern world. Like most historians, I’m not interested in the idea that history repeats itself, so much as I want to know how the world we live in is built upon the struggles of the past.

My current research focuses on the middle decades of the nineteenth century and is about how the idea of “free labour” emerged as the answer to what might replace slavery across the Atlantic World. For much of the nineteenth century, many abolitionists saw free labour as the perfect antidote to slavery. It seemed the perfect blend of individual freedom and modern capitalism. People would sell their labour for a wage and receive the protections of a contract to guarantee their rights with an employer? If it all sounds so simple and familiar! However, across the nineteenth century, as slave systems began to collapse, new systems of labour emerged that challenged the idea that free labour was, well, truly free. My interest in this research is in trying to encourage people to understand that slavery was not abolished with the stroke of a pen or the passing of a law, saying enslaved people were free. Slave emancipation occurred at the same time as a global capitalist system was emerging as a dominant force in the world. My work tries to connect the dots to show just how emancipation was anything but simple, straightforward, or even complete.

Historians of the United States have to always contend with the fact that more books and articles are published on our subject than any other in the discipline. Keeping up is difficult at the best of times, but a book I’ve read recently that really changed the way I think about modern American history is by Elizabeth Hinton, entitled From the War on Poverty to the War on Crime: The Making of Mass Incarceration in America. It brilliantly shows just how it is that the United States incarcerates more of its citizens than any other in the world, and why such a huge proportion of those incarcerated are African American. Particularly given the protests which have convulsed the globe over the last few months, I can’t think of a timelier book.

That all historians are interested in the past for its own sake. There are lots of different historians in the field. I am the sort of historian who is most interested in questions. Why does the world we live in work as it does? When did the world we live in come into being and why? How did that happen? It’s the questions which animate the projects I choose to work on, and the teaching I choose to do.

READ!!! Read as much as you can, as deeply as you can. The more you read, the better the historian you will be (and the better writer you will be too!). The best historians are the ones who marinate their brain in their subject. Read deeply, read widely, read with care and you’ll have more confidence to ask the kinds of questions (in class and in your work) that will take you a long way.

Last year I taught a module called “Civil War America,” which was a lot of fun, mostly because students in that module have the opportunity to develop their own research project with primary sources. This resulted in some really fantastic papers that were a joy to read. But I think the module that is my new favourite is the Special Subject I’ll be teaching for the first time this coming year. It is called “Age of Emancipation.” It charts the history of emancipation across the Atlantic World. Along the way we study slavery, labour history, intellectual history, the Haitian Revolution, British emancipation, Jamaica, the history of race and the history of imperialism. It should be a really fun module to teach and I’m looking forward to seeing what students make of it.

All universities are about the people who inhabit it. Everyone is engaged in the same endeavour. The energy that buzzes around a campus is what comes from people taking up challenges, asking questions, reading, writing, debating and furthering their understanding of the world around them. So my favourite part of being a member of the School of History is about that: about the interactions I have with students and fellow historians, who are working on all sorts of different projects, and whose passion for the subject encourages me to think longer and harder about my own work. Even when the subject is miles from my own, the connections and inspiration I draw from other people’s work (fellow academics and students alike) is the best part of being in a School with such a broad array of specialties and approaches.

Ben Franklin. By all accounts a good time and never, ever boring!

You can hear more from Erik by following him on Twitter: @DrEMathisen.