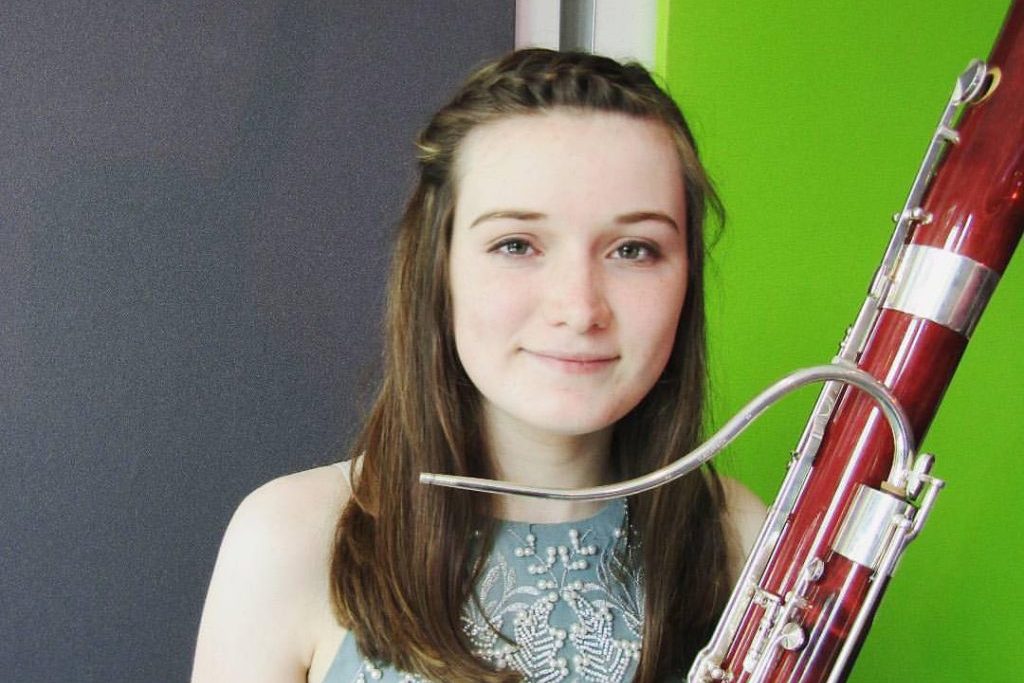 Olivia Condliffe, a first year student studying History, is a University Music Performance Scholar, and features in the University of Kent Music Department blog. In this blog, Olivia talks about her involvement with the music scene on campus.

“I’ve been encouraged to play music from a young age, coming from a musical family. At first, I started on the recorder in Year Two, of which I played throughout primary school in various local recorder festivals, however I have always wanted to play the bassoon. I’m not sure entirely why, but the fact that it was such an odd and rare instrument, plus coming from a woodwind-based family, I felt a connection towards that section of the orchestra. Before I discovered the bassoon, I played the clarinet for a year and started learning piano, to show to my parents my commitment that I would have for the bassoon, and partook in a local clarinet group.

My high school had an excellent music department and I was really lucky to take part in the ensembles there. I played in the concert band and choir, going to Paris on tour in 2014, where we even played at Disneyland! I was also a founding member of the Bassbusters ensemble; made up of bass instruments which often aren’t showcased as much as melody instruments, such as the bassoon, baritone sax and cello. During school I was also part of the theatre pit band, performing musicals such as Les Misérables; this was an exciting way to play the bassoon with actors and artists.

I also had the chance to play in the junior and senior concert bands of local performing arts scheme in Staffordshire for eight years. I was also lucky enough to be part of the local bassoon ensemble; six of us at one point, a rarity in itself! I grew up in a tiny village and there was a myriad of musical activities there, I joined the community choir and was part of the village orchestra, which for a village of 1000 people, had three bassoons!

Outside of my area, I’ve also been privileged enough to be part of national orchestras such as the National Children’s Wind Orchestra and National Schools Symphony Orchestra; these were nonstop weeks of immersion with players from all over the country! I was part of the Liverpool Philharmonic Youth Orchestra for three years until I moved to university. I enjoyed playing with members of Royal Liverpool Philharmonic Orchestra in venues such as Sage Gateshead and playing first bassoon in Scheherazade in July last year!

Since joining the University of Kent as a History student in September, I’ve tried to immerse myself in the wide range of musical ensembles that make up the department. One of the reasons I chose Kent was for its great facilities and the warm atmosphere in Colyer-Fergusson. One of the highlights of my first year was the production of Alice in Wonderland in February, in which I performed in a solo quartet with a full choir!

I am a member of the Orchestra and Concert Band and hold a Music Performance Scholarship, which gives me the brilliant opportunity to continue bassoon lessons. Since receiving this, it’s given me a chance to be much more confident in my playing, and I’m excited for all the music to come.” 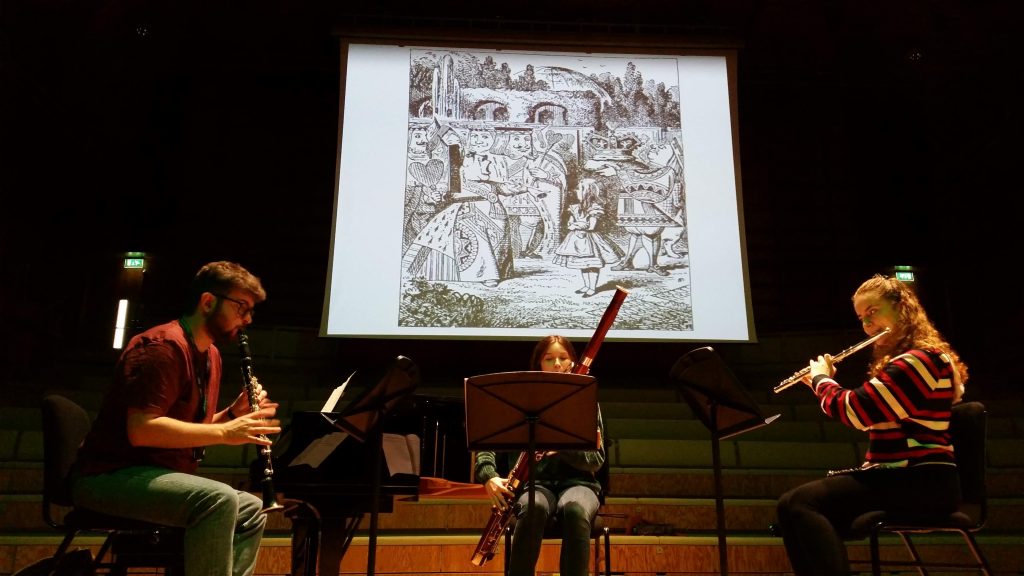