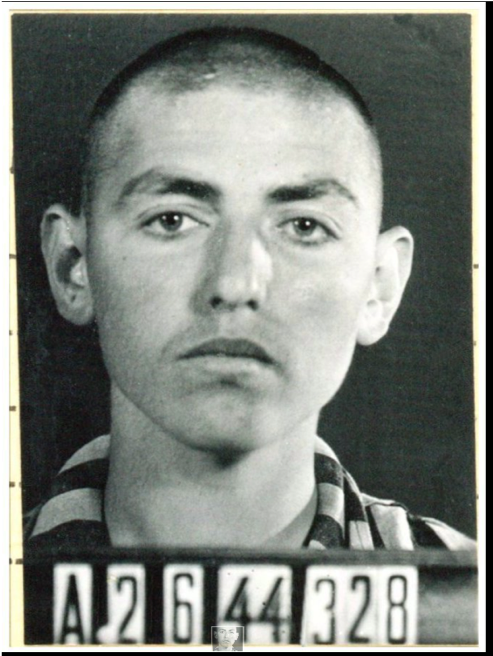 For Holocaust Memorial Week, Ellis Spicer, a doctoral student in the School of History, organised an event with a survivor’s daughter, Julia Burton, speaking very movingly about her father’s experiences. Ellis tells us about her research and this event.

To mark the 75th anniversary of the liberation of Auschwitz, Holocaust Memorial Day 2020 revolved around the theme ‘Stand Together’. It encourages everyone to speak out against oppression and form links with their neighbours, irrespective of their background.

This theme resonated with me as a PhD student here in the School of History researching Holocaust survivor groups, and how they aimed to challenge racism and atrocities wherever they may see it. Through my research, I’ve formed links with the ’45 Aid Society, a group that began with the Windermere children as represented in the BBC drama which aired on the 27th January 2020, who deemed themselves ‘The Boys’, despite there being some girls. With the dwindling numbers of survivors, there’s a burning question of ‘what’s next’? for Holocaust memory, and for me this is where the second generation or the children of survivors come in. This led me to inviting Julia Burton from the ’45 Aid Society to speak to staff and students here in the School of History about the experiences of her father, David Herman, who arrived in the UK after the Windermere children in 1946.

The School of History and Politics Common Room in Rutherford attracted a mixed crowd of undergraduate students, postgraduates and staff from a variety of different historical interests and backgrounds. Julia began her talk by emphasising her father’s pre-war life in Munkacs in Czechoslovakia, now part of the Ukraine, and his relationship with his family. This was especially important for her as it reminds her of her father’s life before the Holocaust.

Emotively and at a considered pace, Julia moved through her father’s experiences as Munkacs became a ghetto and his experiences at camps such as Auschwitz-Birkenau and Buchenwald, but also lesser known forced labour camps where he was sent. She showed us her father’s Buchenwald file where this picture was taken and detailed physical descriptions recorded. (Photograph of David Herman at Buchenwald, courtesy of Julia Burton)

Miraculously, all three of David Herman’s siblings survived and they were reunited after the war was over. David came to England with a large group of survivors in March 1946 and met his wife Olive at work, going on to have four children together. Unfortunately, Julia’s father died in 2008 but she emphasised the legacy that he had left behind.

Overall, Julia’s talk was poignant and really resonated with the attendees of the talk, many of whom were speechless at the end. The talk ended with Julia introducing the memory quilts, an idea she had to commemorate the 70th anniversary in 2015 of the liberation of ‘The Boys’ from the camps and the arrival of the first group in England. One of the last images of Julia’s talk was this photograph below of a large portion of the surviving members of the ’45 Aid Society with the quilts as they were unveiled. Unfortunately, they number even fewer today, and this communicates the importance of speakers such as Julia, who have a connection to the Holocaust through their parents and can pass on these important stories once there are no survivors left.