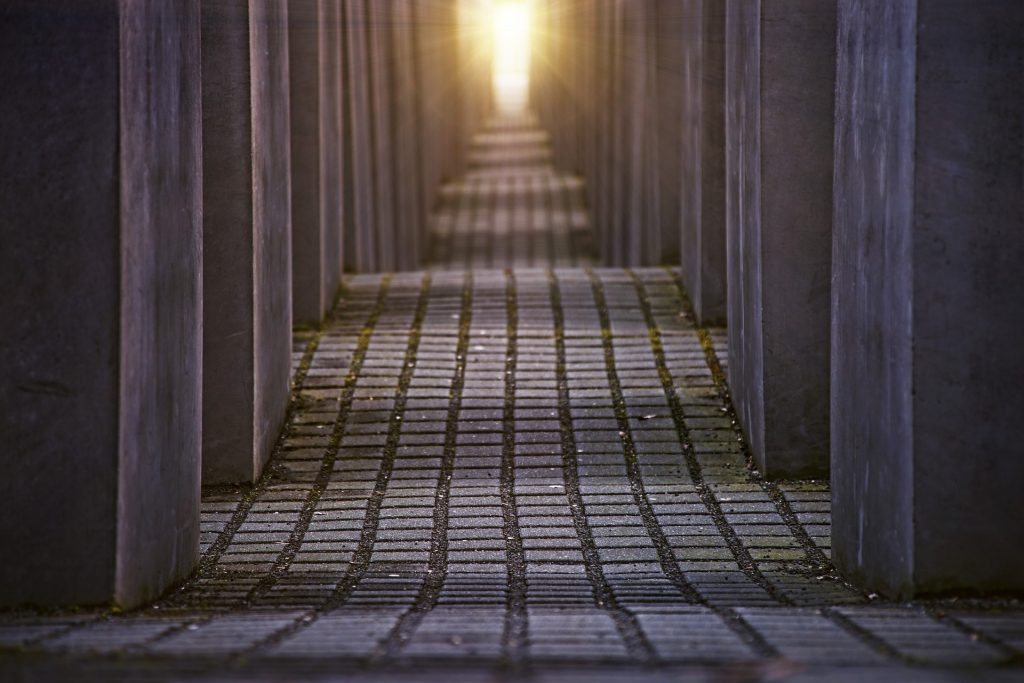 To mark Holocaust Memorial Day, Julia Burton from the ’45 Aid Society spoke on Friday 31 January in Rutherford Junior Common Room about the experiences of her father, who was incarcerated in multiple slave labour and concentration camps, liberated from Theresienstadt at the age of 18 and came to Britain in March 1946.

Julia’s father was a member of the Holocaust survivor association the ’45 Aid Society, who became known as ‘The Boys’, until his death in 2008 at the age of 82.

As part of the second generation committee, Julia regularly shares her father’s story and has been instrumental in creating a memory quilt for the Society, to commemorate the 70th Anniversary of their Liberation and to celebrate the lives and achievements of The Boys.