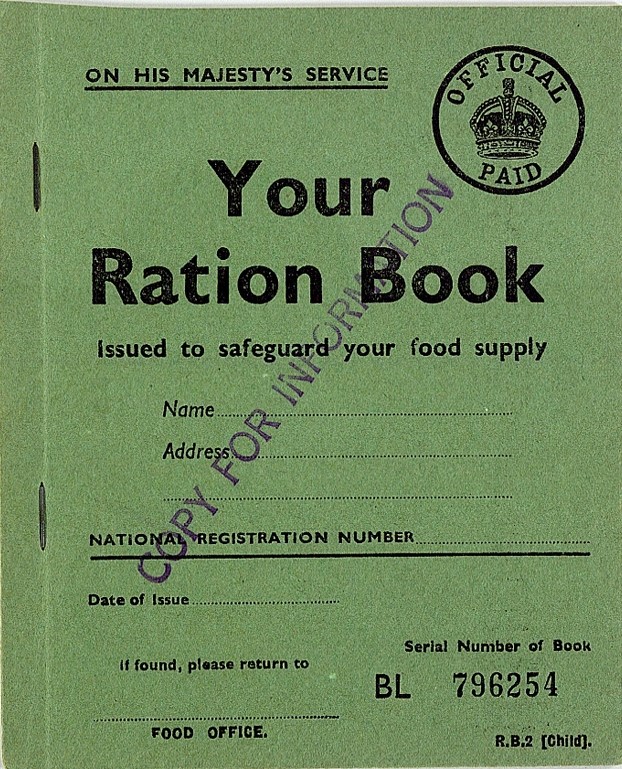 Head of School Dr Juliette Pattinson looks back at one of Britain’s most memorable domestic policies during the Second World War.

Eighty years ago this month, rationing was introduced. Every toddler, child, pregnant woman, nursing mother, adult and pensioner was given a ration book filled with coupons that could be exchanged, along with payment, for items that were ‘on ration’.

These changed throughout the war and included jam, cheese, sugar, sweets, bacon, milk, soap, clothes and petrol. Not all items were rationed, however – offal, tinned beans, canned fruit, fish, rice, cereal and vegetables were all off ration and could be purchased without coupons.

Those in physically demanding employment, such as agricultural labourers and heavy industry workers, received additional rations, while those with special dietary requirements, including vegetarians and certain religious groups, had modifications made to their allowances. Individuals registered with their local shopkeepers and had to purchase their goods from a particular baker, grocer and butcher.

The system generally worked well and was widely accepted as democratic and fair. It evened out health inequalities, with everyone receiving equal amounts (albeit the wealthy could supplement their rations by purchasing items on the black market at exorbitant cost, while those in rural areas were able to forage in the countryside as well as having more space to grow their own vegetables.)

Infant mortality declined sharply during the war because of improved diet and access to free milk, fruit juice and cod liver oil and children brought up on rationing were taller, heavier and healthier than their pre-war counterparts. The system, however, could be both cumbersome and inflexible if the ration book holder moved house, went on holiday, worked away from home or lost their coupons through carelessness, theft or being incinerated during the Blitz.

A propaganda campaign accompanied the scheme proclaiming that food was a weapon of war and attempting to deter waste. With nearly a half of Britain’s food being imported, risking the lives of merchant seamen, the country needed to ‘dig for victory’ by growing its own. Radio programmes such as the ‘Kitchen Front’ provided tips and recipes for Patriotic Pudding and Victory Flan, while posters depicted colourful cartoon caricatures of Dr Carrot and Potato Pete. Ersatz ingredients were used to substitute for restricted items; acorns replaced coffee, while cakes were made without eggs using a powdered formula. As ‘Veganuary’ draws to an end, perhaps Fasting February using Second World War rations might take its place… Anyone fancy a bit of snook or a piece of Woolton pie?