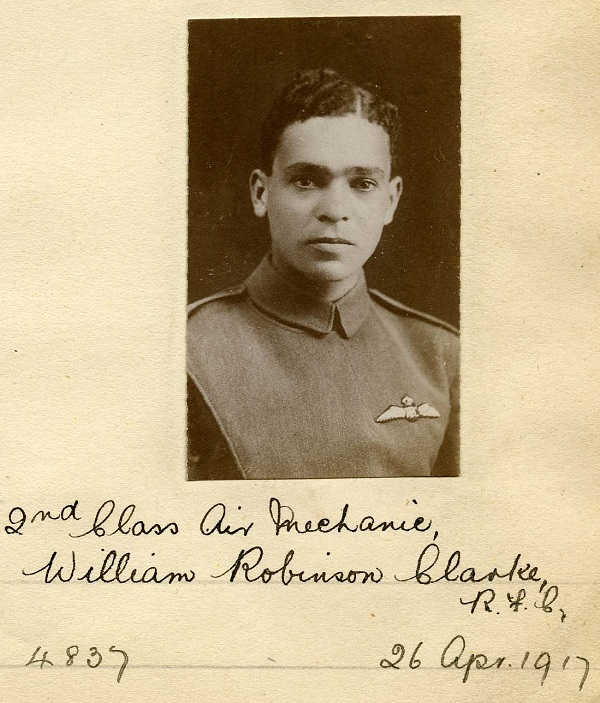 As 2019’s Black History Month comes to an end, historians at Kent have been thinking about what dates could be added to those which are already remembered. Our first suggestion is 26 April 1917 and comes from Prof. Mark Connelly.

William Robinson Clarke was the first black pilot in the British air forces. As a young man in Jamaica he showed an interest in machinery and cars, and when war broke out he travelled to Britain to join the Royal Flying Corps as a mechanic. He quickly transferred into the role of balloon observer and must have found it inspiring, as in December 1916 he was accepted for pilot training, gaining his ‘wings’ on 26 April 1917. Returning to the Western Front, he spent the rest of the war in the vital role of aerial reconnaissance pilot. On demobilization at the end of the conflict, he returned to Jamaica where he became Life President of the local branch of the Royal Air Force Association.