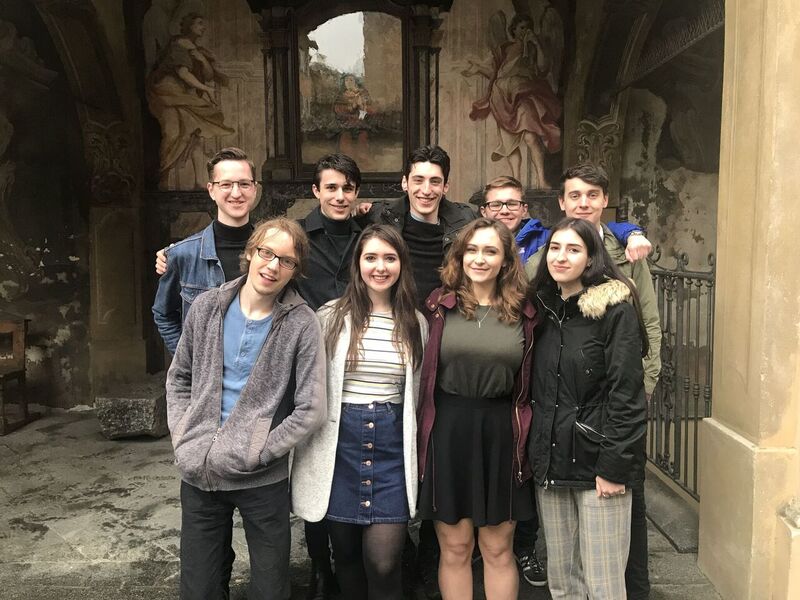 I had been looking forward to this trip since we first received the module handbook for the Napoleon special subject back in the summer of 2017, and this feeling of anticipation only strengthened as we stood waiting for our coach outside Rutherford College at 4am under a light rain. The journey to Italy went smoothly and we arrived in Milan in the late morning. The main activi-ty that day encompassed a leisurely walking tour of the city. Our first stop was the neoclassical Arco della Pace (Arch of Peace), initially constructed under Napoleonic rule in 1807 and completed in 1838. We then walked through the impressive Sforza Castle, which was built in the 15th century and was considered to be one of the largest citadels in Europe during the 16th and 17th centuries. A brief stop for lunch was followed by the impressive Duomo (Cathedral) of Milan with its brilliant white marble façade dominating the surrounding square. After this, we took a stroll through the Galleria Vittorio Emanuele II, the world’s oldest active shopping centre, which was completed in 1877. The walking tour of the city concluded with a glimpse of Italian poet Alessandro Manzoni’s abode. We ended the day with a visit to the Milanese fashion district, and a visit to the Basilica of Sant’Ambrogio, where you can still see the remains of the saint himself in the crypt underneath the altar.
The next day we visited the historic city of Monza. After an easy train journey, it was only a short walk to the stunning Duo-mo, it’s unique architecture alone providing sufficient reason to warrant a visit. Our tour guide was knowledgeable and en-gaging, and offered a detailed history of Queen Theodelinda, the founder of the Duomo, as well as presenting an inter-esting insight into the pilfering nature of the Napoleonic regime. One rarely considers the subaltern perspective of those who have been robbed of their treasures by an imperial power, not least in a European context. But, with this being said, the treasury had retained ample artefacts from the period of late-antiquity all the way to present-day art. For me, one of the most instructive aspects of the trip was the comprehensive introduction to north-Italian history. This in turn provided us with the ability to expand the historical context in which we saw Napoleon and his Italian legacy. The most notable object within our tour of the museum was undoubtedly the Iron Crown of Monza. This phenomenal historical artefact holds unrivalled symbolic significance for Italian rulers and being able to view it in person was a once in a lifetime experience. Following this, we walked to the Villa Réale of Monza, which was the residence of Napoleon’s stepson, Eugene de Beauharnais, during his time as Viceroy of Italy. The palace and grounds were spectacular, with the palace gardens being one of the largest walled gardens in Europe, it provided a multi-faceted experience, giving us the opportunity to learn about Napoleonic and Italian history, as well as an introduction to palatial architecture alongside a modern art exhibit, which was an unexpected surprise in several senses of the word! Following our educational tour at the Palace Réale we wandered leisurely back to the station, providing time to enjoy the stunning scenery and typical Italian architecture, past the ‘Villa’ of a little-known lecturer at the University of Kent. Overall, yet another wonderful day, the perfect combination of education and fun.

Our second day in Milan commenced with a trip to the Museum of the Risorgimento, which encompassed a large exhibition on Napoleon and his influence in Italy and the Italian unification, including the regalia which he wore at his coronation in the Duomo in 1805. This was fol-lowed by a visit to the Galleria di Arte Moderna, which was set in the beautiful Villa Belgiojoso Bonaparte (Eugene de Beauharnais’ other pal-ace), where we viewed many magnificent examples of Milanese art throughout the years. The day was concluded enjoying the Italian weather and chatting over drinks and snacks as we wound our way back to the hotel through the architectural gem that was central Milan.
On our 4th day in Italy we began the day by catching an early and ex-tremely fast train from Milan to Turin. After our tour round the Artillery Museum, we made our way to the Museo Nazionale del Risorgimento in the centre of the city, walking through one of the city’s main and one of my favourite squares, the Piazza San Carlo, which featured some stunning buildings and a statue of Emmanuel Philibert, the Duke of Savoy in the centre. At the Risorgimento museum, we were taken on a guided tour by our lovely tour guide Giulia, who highlighted the most important artefacts and paintings held by the museum. My favourite parts of the museum were the amazing ceiling paintings, the paintings that almost reached the ceiling and seeing the par-liament of Turin. After some pizza and gelato (of course), we went on a walking tour around the central square of Turin, the Piazza Castello. We saw the monument to Italian general, Prince Emanuele Filiberto, Duke of Aosta, the Palazzo Madama and the Palazzo Reale, before strolling round the royal gardens. We then took a walk out to the Valentino castle of Turin, which was beautiful and where we had a lovely walk around the park and alongside the river before returning to Milan. The visit to Turin was lovely and relaxed and it was great to see all beautiful buildings, squares and palaces – definitely one of my favourite days on the trip!

The trip was certainly not lacking in its military history component. Indeed, upon our arrival in Milan we were treated to the impressive medieval citadel at the heart of the city. Military history has a very prominent place in Italian history and there was no shortage of that on this trip. In the Risorgimento museums of both Milan and Turin the Italian Wars of Unification (as well as a surprisingly large emphasis on Napoleon’s earlier conquest) were well detailed and had many interesting exhibitions and paintings. Particularly poignant was the exhibition on how the Milanese used barricades in the 1848 revolution to permanently expel the Austrians under General Radetzky. This definitely made the already historic streets of Milan even more striking to explore. The military history pièce de résistance came in Turin with the artillery museum. Despite being moved from the main museum to temporary storage in a Barracks the museum boasted an incredible collection of artillery, rifles, bayonets, armour etc. There was far too much to go through in just over an hour but our guide, a former RAF Pilot, certainly tried to squeeze it all in! Throughout the trip, Tim was always available to give witty insights into all the military aspects of Italian history and, dare I say, many of the history students enjoyed the military history aspects more than they had expected!
On the whole, the trip to Milan had a wonderful sense of balance to it, with a fantastic mix of history, culture and socialis-ing. It was brilliant to explore the vibrant, historical yet distinctly contemporary Milan, and counterpoise that with days in Monza and, the more leisurely, Turin. The trip has inspired a newfound love for Italy amongst those who went, and many hope to return in the near future. Of course, as ever, the people on a trip will nearly always define it, and one of the best features of this excursion was that it successfully brought together a range of School of History students and faculty, from first year undergraduates to senior lecturers, in a social setting beyond the seminar room, an opportunity that all of us were glad to have. The students on the trip were some of the funniest, insightful and most enjoyable company we have experienced in our time at Kent. Yet without our trip leaders, Dr Caiani and Dr Bowman, none of this would be possible. This goes beyond mere organisation, which was meticulous, and extends to their guidance and sociability. They initiated a welcoming, thought-provoking and often downright hilarious environment for the students to enjoy and going round a museum with your lecturer makes it that much more engaging. The biggest thanks must go to them. In summary, it was a real privilege to experience such a wonderful location with such a great group of people. Thank you to the School of History for making it possible. 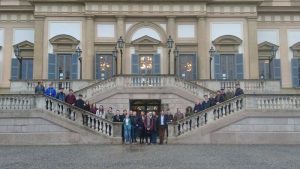 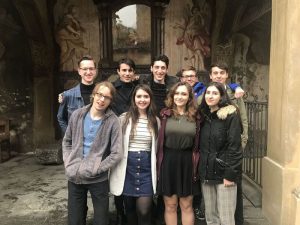 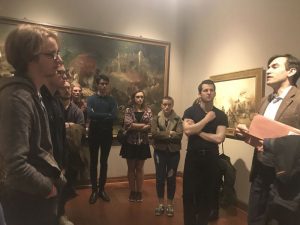 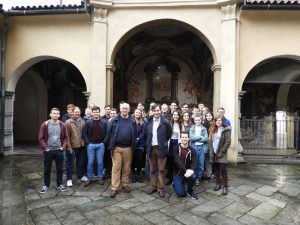 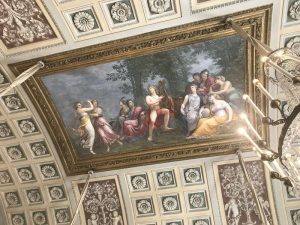